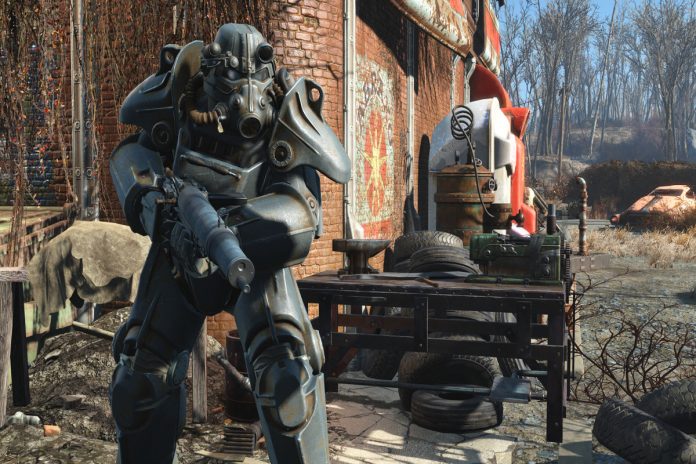 Gamers will see a prettier Fallout 4 for PC and PlayStation 4 Pro next week that take advantage of new hardware.

Bethesda announced on Monday that The Elder Scrolls V: Skyrim Special Edition and Fallout 4 will receive new updates on the Xbox One, PlayStation 4, and PC next week. However, Monday’s report focused only on the upcoming Fallout 4 content that will specifically target PC gamers and owners of the new PlayStation 4 Pro console. Details of the Skyrim Special Edition update will likely follow in another blog.

For starters, Bethesda is releasing Update 1.9 for Fallout 4 on the PlayStation 4, which will take advantage of the beefy hardware in the new PlayStation 4 Pro console. This patch will enhance the game’s graphic and lighting features, such as increasing the native resolution to 2,560 x 1,440 (or 1440p).

According to Bethesda, the PlayStation 4 patch will also enhance god rays on the PlayStation 4 Pro, which is another word for light shafts that break through the clouds, trees, windows, and so on. The patch enhances the draw distance too, meaning NPCs, objects, grass, and trees do not just suddenly appear in the scene, but can be seen from far away.

On the PC gaming front, Bethesda is (finally) releasing a high-resolution texture pack for Fallout 4 sold on Steam. It’s a “love letter to our amazing PC fans” who have supported Bethesda Softworks through the decades. Outside the Elder Scrolls series, Bethesda is also known for its earlier work with the Terminator franchise and Wayne Gretzky Hockey.

While news of the new high-resolution texture pack is great for PC gamers, it comes with a hefty price: 58GB of free space just for the add-on alone. Bethesda also recommends 8GB or more of system memory, Intel’s Core i7-5820K processor or better, and Nvidia’s $700 GeForce GTX 1080 graphics card.  For a comparison, here are the minimum and recommended requirements for Fallout 4 on PC:

“If your system can handle it, the Commonwealth will look better than ever,” the company said on Monday. “Give it a shot and if you need to return to the original textures, you can disable them within the game’s launcher menu.”

Fallout 4 arrived on the PlayStation 4, Xbox One, and Windows PC on November 10, 2015. That means for PC gamers, Bethesda took more than a year to release high-resolution textures for the game, which is a lot longer than the three months Bethesda took to support high resolutions in Skyrim. Bethesda’s fifth Elder Scrolls installment hit the PC gaming scene in late 2011.