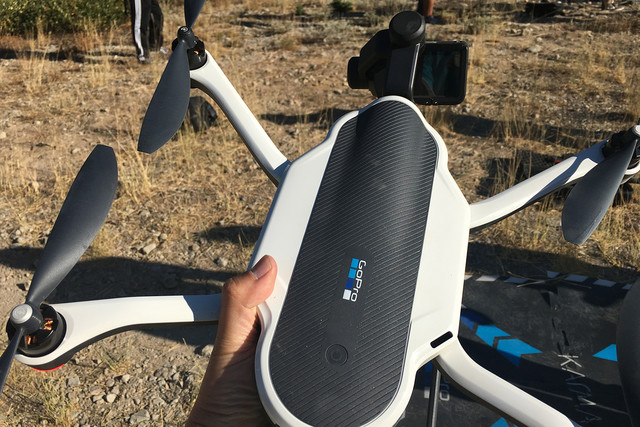 Karma owners can now replace only the wrecked portion of their Karma drones following a crash, and save money doing so.

The Karma hasn’t yet relaunched after an expensive recall — but GoPro is already quietly working to make catastrophic drone crashes a little less disastrous on owners’ bank accounts. Karma Core is a replacement drone for those epic crashes that destroy more than just a propeller, and it sells for half what the drone originally sells for with a camera.

Added to the GoPro website last week under a “coming soon” tag, the Karma Core assumes that the GoPro camera survives the crash, along with the accessories like the controller and gimbal. Since there’s less to replace, getting just the Karma Core allows drone pilots to return to the air for $399, half of the cost of the Karma bundled with a GoPro Hero5 Black.

While a cheaper way to fix a crashed drone is welcome, GoPro fans are hoping that the new website listing indicates that the entire GoPro Karma won’t be far behind. Earlier this month, GoPro confirmed that it had identified the issue and that the drone will be relaunching again before the end of the year. The announcement as to just when the Karma will return to the skies is expected early next month.

GoPro’s Karma was initially well received as a drone that anyone could fly, but shortly after launching a few of them lost power midflight. That resulted in a recall of the company’s first drone, bringing back around 2,500 of the folding quadcopters.

Following the recall, GoPro announced a company-wide restructuring that cut 200 employees. According to the company’s statement, the restructuring would allow the firm to focus on its core products and reduce expenses — including axing the relatively new entertainment division. At the time, the company reported an increase in the sales of its latest flagship, the Hero5 Black, but it wasn’t enough to keep the company moving forward without revising just what that forward motion would look like.

GoPro has confirmed that details about the Karma’s relaunch will be shared in early February.

Facebook
Twitter
Pinterest
WhatsApp
Previous articleGoogle’s G Suite for Education app platform now has over 70 million users
Next articleNeed to multi-task on your Mac? Here’s how to activate split view