Home News Right now, you can get a Samsung Gear VR Headset for only...
News

Right now, you can get a Samsung Gear VR Headset for only $48 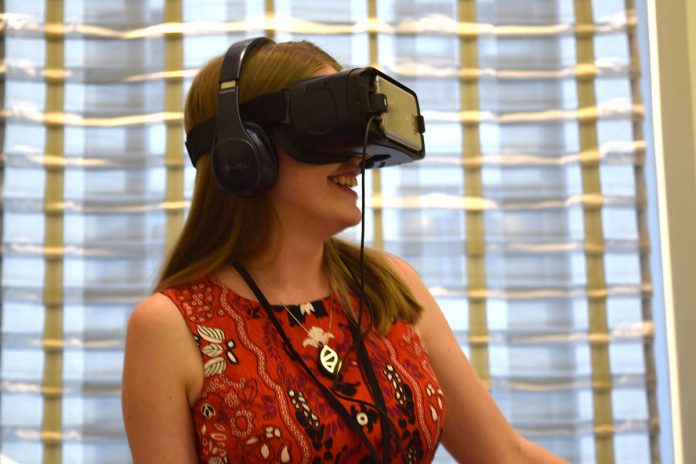 Virtual reality is the future, and heavy hitters such as Sony, Google, Microsoft, and Facebook are betting big on the newfangled tech. If you want a taste of the adrenaline-pumping, 360-degree action that VR has to offer, you can score the latest International version of the Samsung Gear VR Virtual Reality Headset for only $48 on Amazon right now. The headset carries an MSRP price of $100 is currently available for $48 (a 52 percent drop), but only for a limited time. http://amzn.to/2jNQpLu 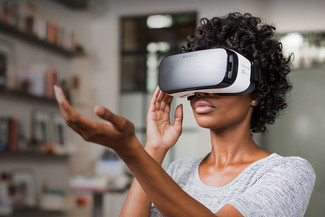 We got some hands-on time with the new Gear VR back in August and found that it’s the best way to experience virtual reality on your phone. The Gear VR was our favorite product in 2015 because of its promising technology, and it hasn’t failed to impress us since. From the design to the price point, it truly is a headset for everyone, providing an experience unlike anything you can get on your phone, computer, or TV alone.

The latest model release focused on fixing the small details to make an even better product. It still has the same basic interface and uses the Oculus app store, which now has about 250 games and apps on offer. This version comes with improvements such as a black design that prevents light from bleeding in, meaning you’re less likely to get distracted while using it. The lenses are also larger and now have a separator between them, giving you a slightly larger 101-degree field of view. Even the phone cover is more attractive, so while your phone is snapped in, you won’t look all discombobulated.

The only catch is that this International version may have packaging that is in a different language than English, but you can easily figure out how to set it up and get going with a few Google searches. There are no wires or complicated programming required, as you just snap your smartphone into the Gear VR and dive right into you 360 experiences. It’s fully compatible with the Samsung Galaxy S7, Galaxy S7 edge, Galaxy Note 5, Galaxy S6 edge+, Galaxy S6, and Galaxy S6 edge.

Pick up a black Samsung Gear VR 2016, Virtual Reality Headset (International Version) for $48 on Amazon for a limited time only.