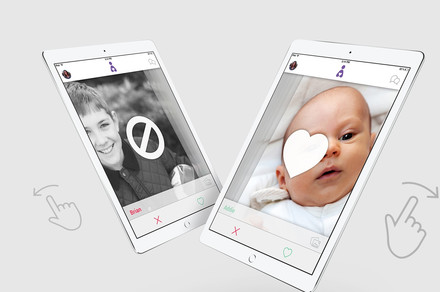 Adoptly satirized the idea of making everything faster and easier. It turns out not everyone agreed, but the result is a stronger discussion on the child adoption process.

It turns out that Adoptly, a Kickstarter- and Indiegogo-suspended campaign that aimed to raise money for a child adoption app in the style of Tinder, is fake. The project came from a duo who previously fooled the media with an app called Pooper, which allowed people to scoop up dog poop for money.

Ben Becker and Elliot Glass said Pooper took “aim at the gig economy” and questioned where people would draw the line. Adoptly, on the other hand, satirized “our tech-obsessed world and our cultural desire to make everything faster, easier, more convenient, and instantly gratifying.” Becker is a creative director in advertising and Glass is a web developer.

“While Adoptly certainly treads into darker, more personal territory than Pooper, our goal was similar: Spark a conversation about the nature of instantaneous judgement, gratification, and the way technology is training our brains to like or dislike based on fragments and surface level information — photos, headlines, tweets, and soundbites — and make decisions, both big and small, based on superficial biases,” Becker and Glass told Digital Trends in an email.

“People, almost universally, had a gut reaction that swiping left and right to adopt a child didn’t feel quite right.

Adoptly was a Kickstarter for an app that promised an easy and faster way to adopt children — but the app used a Tinder-like swipe left and right gesture to help potential parents choose which child they wanted to adopt. This drew immediate skepticism and backlash from the media and other internet forums. Becker and Glass said the goal was never to “belittle” people in the adoption industry.

“The decision to present adoption in a Tinder-like format was purely meant as a jarring affront to everyday tech users, and not as an assault on the adoption industry itself,” the pair said in the email. “Of the few positive reactions to the app, we did hear that although Adoptly may not be an elegant solution, the goal of modernizing and networking more agencies to improve adoption rates is a good one. Some folks also mentioned that anything that gets people talking about adoption and thinking about its issues is ultimately helpful, as it shines a light on an area that doesn’t get nearly enough attention and support.” 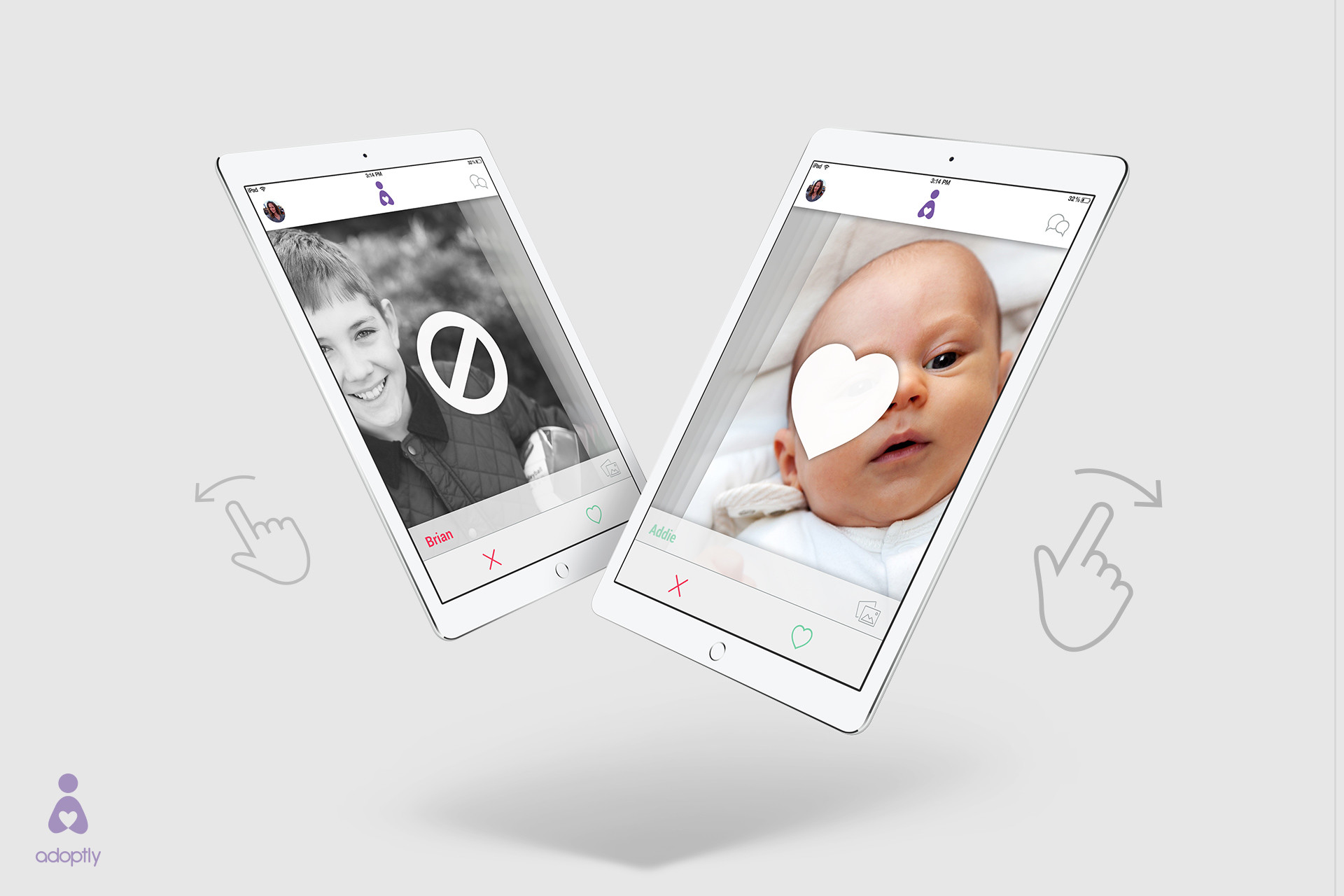 Becker and Glass hired actors for the launch film, built a website, made a branding package, and designed the user interface of the app to make Adoptly seem as real as possible — it’s also why the app was on Kickstarter first, as the duo thought it would be more realistic.

Kickstarter kicked Adoptly off its platform a few days after the campaign kicked off. When the team moved to Indiegogo, it was suspended again pending a review. Becker and Glass said neither crowdfunding service contacted their team before suspending the campaign. The Adoptly team intended to suspend the campaign early and refund all donations.

While they said initial reception from the media was more skeptical than with Pooper, public reaction “was far more divisive.” A lot of the negative feedback specifically mentioned how the app dehumanized and gamified the process of child adoption.

“People, almost universally, had a gut reaction that swiping left and right to adopt a child didn’t feel quite right,” Becker and Glass said. “On the flip side, some felt that the notion didn’t feel too far-fetched. While others questioned why swiping is okay when searching for a partner in a relationship, and potential lifelong companion, but not in the case of adoption.”

But much of Adoptly’s user interface is based on already-existing standards in the child adoption process — you can, for example, filter children through gender, age, and ethnicity.

“Many thoughtful, well-intentioned and credible people came forward, from both the adoption sector and other areas, as well as prospective investors, to voice their genuine ideas for how to improve adoption, via email, which we really appreciated,” the duo said.

As a result, the team is setting up an email to take in ideas on how adoption can be improved, and they will connect people with ideas to “thinkers, innovators, and possible investors.” You can email [email protected] if you want to suggest an idea.

Article originally published in January 2017. Updated on 01-31-2017 by Julian Chokkattu: Added news that the Adoptly campaign was a hoax.