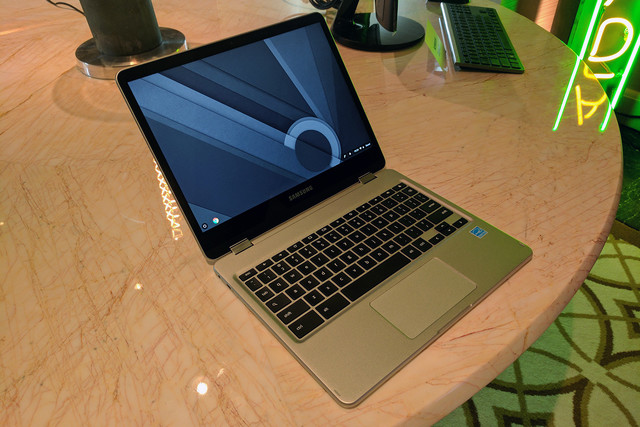 Google’s presence may increasingly be apparent in your child’s classroom. The company is gaining a firmer foothold in the education market with its G Suite for Education, which now has more than 70 million users.

G Suite for Education, for the uninitiated, is a collection of cloud-powered apps aimed at grade schools, high schools, and institutions of higher learning. It comprises the Mountain View, California-based company’s core collection of cloud-powered apps, including its Gmail email client, Docs document editor, Drive cloud storage locker, Calendar app, Hangouts chat platform, and more. And it boasts “intelligent features” that “make work easier and bring teachers and students together,” according to the company.

Among those features is Explore, a machine learning-powered functionality that automatically translates questions into formulas and offers instant answers, finds related documents in Drive, and performs image searches. It also helps schedule meeting times when invitees are free (or suggests times across groups where conflicts are easiest to resolve), and applies dynamic layout suggestions that “help content shine.”

During a press conference, Rajen Sheth, Google’s senior director of product management for Chrome for Business and Education, said that more than 20 million Chromebooks are now in active use in schools on a weekly basis. Toward the end of 2015, sales of Chromebooks accounted for more than half of all devices sold for grades K-12 in the U.S.

“The Chromebook is going from being just a laptop to something that is a lot more versatile and dynamic […] such that [original equipment manufacturers] can produce many great devices,” Sheth said. “[What] that’s going to do is it’s going to open up the possibilities for OEMs to have an even wider variety of form factors.”

The announcement comes on the heels of new G Suite for Education updates. Google rolled out weekly student progress reports and annotations in August, and it updated the Classroom app, the central hub through which teachers dole out digital homework, with customization features. Shortly after, it added the ability for teachers to attach images to online quizzes and tests, and it launched Cast for Education, a tool that allows teachers and students to fling publicly available videos through school wireless networks,

Earlier this week, Google announced that more than half a million students in the U.K. have used Google Expeditions and the company’s Cardboard viewer to take virtual reality “field trips” to outer space and historical sites overseas, as well as inside the human body. It added 58 new destinations to the Expeditions repository, including Bermuda, Canada, and the Sargasso Sea — for a total of 500 — and updated 35 of the most popular Expeditions with “more detailed” photos, videos, and sound. Finally, it partnered with the British Museum and National Trust for Scotland for Expeditions exploring the Mayan ruins of Quiriguá, as well as Guatemala and a Victorian-era printing factory.