Everything you need to know about the ZTE Hawkeye 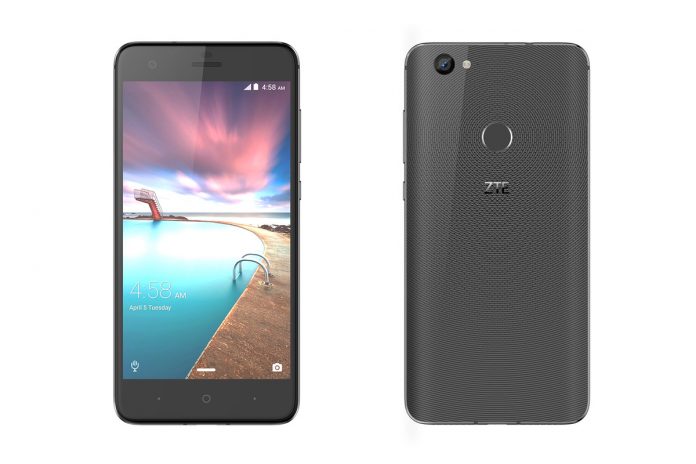 ZTE’s Project CSX, a competition that empowered customers to submit their vision of the next great mobile device, might be getting some heavy modifications. The goal was to produce the world’s first “crowdsourced” mobile device — one with functionality, hardware, and an aesthetic voted on by ZTE’s online community.

After an extended brainstorming session involving 400 submissions from more than 176 countries, the company settled on a winner: the Hawkeye, an eye-tracking phone that adheres to the surface of tables, walls, and chairs. But to keep the phone affordable, the company had to keep the Hawkeye’s specifications on the lower end — this didn’t sit well with the backers who were expecting a flagship phone.

As such, ZTE may cancel the Kickstarter, and is also thinking about creating a new one for the Hawkeye with superior specs, and a higher fundraising goal. Here’s everything you need to know about it.

More: How ZTE’s Project CSX was born, and why it’s so exciting

In an interview with MobileSyrup, Jeff Yee, ZTE’s vice president of Technology Planning and Partnerships, said the company is still deciding on whether or not it should pull the Kickstarter. Yee said that in retrospect, ZTE should have offered a flagship variant as Kickstarter backers are often early adopters.

“We haven’t decided what we’re going to do yet, a lot of it comes from consumers themselves anyway so we’re conducting yet another poll but I think we will make a decision based on consumer feedback that will probably take us a different direction than what’s currently posted on Kickstarter,” Yee said in the interview.

Yee went on to say that pulling the Kickstarter down is “most likely” as the specs are just not interesting to enthusiasts. It doesn’t mean the project is dead in the water, but that ZTE will “change some things around” and possibly post a new Kickstarter.

“We get a lot of different ideas from different people and sorting through that and determining what exactly is the best product for everyone is tough,” he said. “Ideally, we would do a customized phone for everyone because everyone is so different. The reality is we can’t do that so we’re just trying to go with what the majority wants.”

How to buy one

The campaign hasn’t been pulled yet, but if you desperately want the Hawkeye, you can always try backing it through Kickstarter. It’s unlikely it will be funded in time though.

The phone costs $200, and will be available for a limited amount of time on the site, just like a regular Kickstarter project. It’s still a pre-order, and is not expected to be released until September this year though, so you’ll still need some patience. However, if you want one it’s the time to get it, because the Hawkeye will be more expensive in the future.

What makes the Hawkeye special?

Everything. From the way it has been conceived and produced, to the way it’s being sold and promoted, ZTE’s Hawkeye phone breaks away from conventional methods of making and selling smartphones.

“With Project CSX, we experimented by turning the typical R&D process on its head and did something completely different within the industry,” said Jeff Yee, ZTE USA’s vice president of technology planning and partnerships. “We believe that the Hawkeye name reflects the spirit and vision of ZTE as we continue to put the consumer throughout this entire process and will continue to do so in every phone we deliver.”

More: Augmented reality, anyone? Lenovo is releasing another Tango phone in 2017

The Hawkeye beat out several other contending ideas in Project CSX. One was a stock Android flagship phone that would do away with the company’s third-party overlay. Another was a virtual reality diving mask that would let users swim anywhere while showing images that make them feel like they are in the ocean.

But the winner is in some ways even more radical. It uses eye-tracking sensors to translate eye movements to software tasks, a self-adhesive backing that allows it to be mounted to a wall or flat surface, and split-screen technology that allows two users to view different content at the same time.

If you’re wondering how ZTE settled on the name, it was put to the vote, just like most other aspects of the phone. However, the Hawkeye name wasn’t the top choice. There were apparently at least five other names ahead of it, but all had been snapped up as trademarks by other companies. ZTE got lucky when it arrived at Hawkeye, given the phone’s headline eye-tracking feature.

The Hawkeye’s eye-tracking system, or ETS, comprises two laser-focusing cameras — one on the front and one on the bottom — that captures users’ pupil movement. This allows users to scroll up and down a PDF, book, or dense text file without tilting their heads, for instance, or rewind or fast-forward a video by glancing to the left or right.

Its dual directional viewing screen, meanwhile — technology pioneered by Japanese display technology firm Sharp — lets two different types of content be displayed simultaneously. A user standing to the left of the Hawkeye can see a different image than one standing to the right, for instance. ZTE says it’s the first time the technology has been implemented in a smartphone.

The self-adhesive backing — the result of two years of polymer research, ZTE says — consists of medical-grade silicon that provides an adequate adhesion strength that is “neither too strong to peel off […] nor too sticky to the hand.” It won’t be part of the phone though, and will be applied to a case for the phone.

The Hawkeye’s hardware is respectable as well. On the front is a 5.5-inch, 1920 x 1080 pixel LCD screen, eye-tracking cameras and sensors, and an ambient light sensor. Qualcomm’s Snapdragon 625 octa-core 2GHz processor inside, with 3GB of RAM, 32GB of storage space, and a MicroSD card slot. The 3,000mAh battery is charged using USB Type-C with Quick Charge 2.0 technology.

On the Hawkeye’s back is a dual-lens camera setup. One has 12 megapixels and the other 13-megapixels, and used together will produce the desirable bokeh blurred background effect. We’re told to expect some kind of optical zoom feature, which may operate like the iPhone 7 Plus, plus it has optical image stabilization onboard. On the front is an 8-megapixel selfie camera.

Other features include a fingerprint sensor on the back, ZTE’s continued emphasis on sound with a decent audio system, and NFC to hopefully enable Android Pay.

It seems as though the company is leaning towards pulling the Kickstarter for a new one, specifically for a Hawkeye with improved specs. We’ll keep you updated on what ZTE is planning to do with Project CSX.

Article originally published in January 2017. Updated on 01-30-2017 by Julian Chokkattu: Added in news that ZTE may pull the Project CSX Kickstarter.