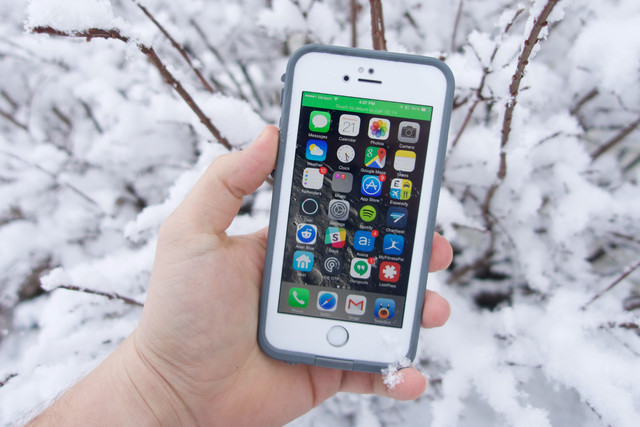 Apple has removed an online tool that made it easy for buyers to confirm that their secondhand devices had not been reported lost or stolen.

Apple’s Activation Status was a nifty tool that allowed users to check the ownership status of their iPhone, iPad, or iPod touch. Basically, it provided a safeguard against third parties who traffic in stolen devices. But it is no more. According to Mac Rumors, the Activation Status tool has been removed from the iCloud web page.

The company has not provided an explanation for the page’s removal.

Activation Lock, which was introduced alongside iOS 7 and which is enabled automatically when you turn on Find My iPhone, requires that you enter an Apple ID and password in order to bypass your device’s lock screen. It’s designed to prevent unscrupulous parties from using your iPad, iPod Touch, and iPhone if it’s lost or stolen — a device with Activation Lock requires the owner’s login information even if it’s erased or reactivated.

More: If iOS 9.3 bricked your iPhone or iPad, download this update from Apple

“[With] Activation Lock, if a thief tries to turn off Find My iPhone, or if they even wipe the device entirely, they will not be able to reactive it because they won’t know your iCloud username and password,” Apple’s Craig Federighi said at Apple’s Worldwide Developers Conference in 2013. “We think this is going to be a really powerful theft deterrent.”

The feature isn’t bulletproof, to be fair. Smartphone unlocking company ChronicUnlocks began offering the ability to remove Activation Lock from protected devices for a $150 fee. It noted, though, that the workaround wouldn’t wasn’t effective against devices in “Lost Mode,” a feature of the Find My iPhone app that Apple recommends enabling when a device is lost or stolen.

And Activation Lock isn’t as seamless as some users were led to believe. In October 2016, iPhone 7, 6, and 6s owners experienced an Activation Lock issue in which the device was linked to an Apple ID email address that didn’t belong to them. Users couldn’t sign in, and so couldn’t set up the iPhone. The company recommended that affected owners visit an Apple store, schedule a Genius Bar appointment, or call Apple’s support team at 1-800-MY-APPLE.