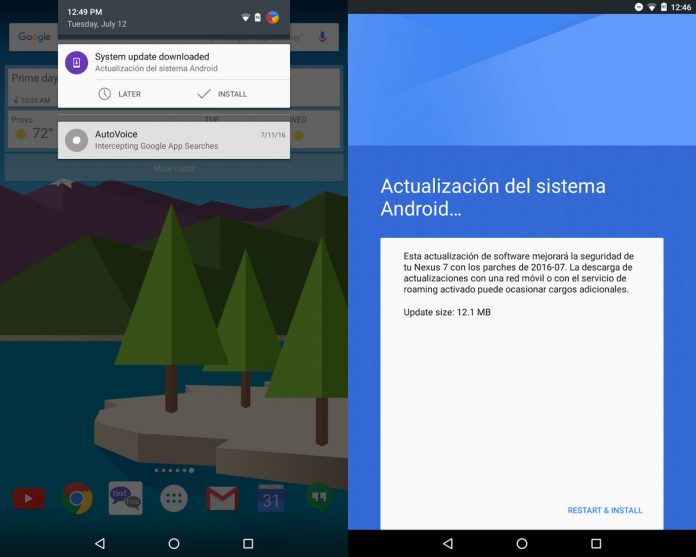 Several users are receiving an update message in Spanish on the Nexus 7 (2013) configured for English. The update includes the July security patch and comes in at 12.1MB, but the description is in Spanish and it looks like there isn’t a way to clear the update notification. According to Google’s issue tracker, the update is being received by users across regions. 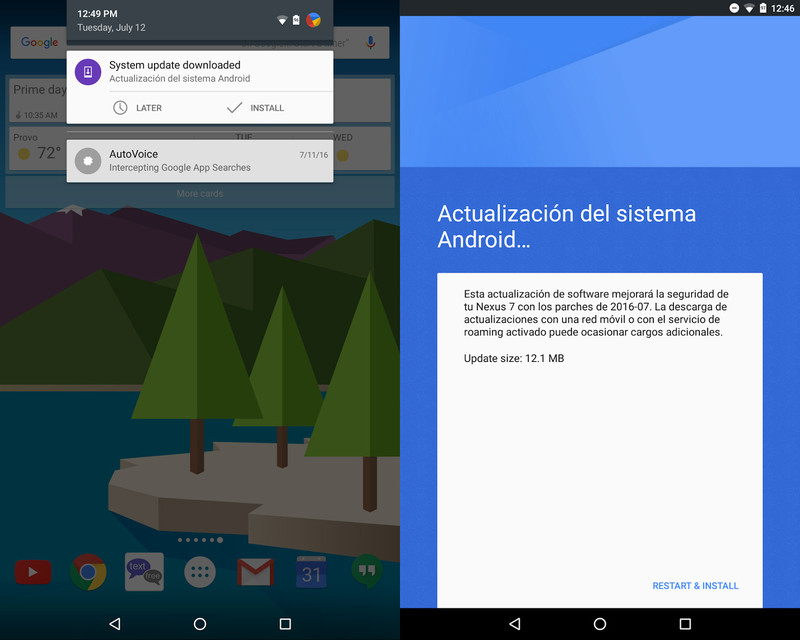 Per the discussion in our forums, Google is aware of the issue:

Just got off the phone with a Google representative about the same issue. After contacting a specialist with the details of the problem, they recommended that I wait to install the update until further information. After hearing that others on the forums are having the same problem, she said she would bring it to Google’s attention that multiple Nexus 7 marshmallow users were having the same issue.

We’ll update the post once we hear back from Google, but for now, hold off on updating your Nexus 7 (2013).

Continue the discussion in the Android Central forums