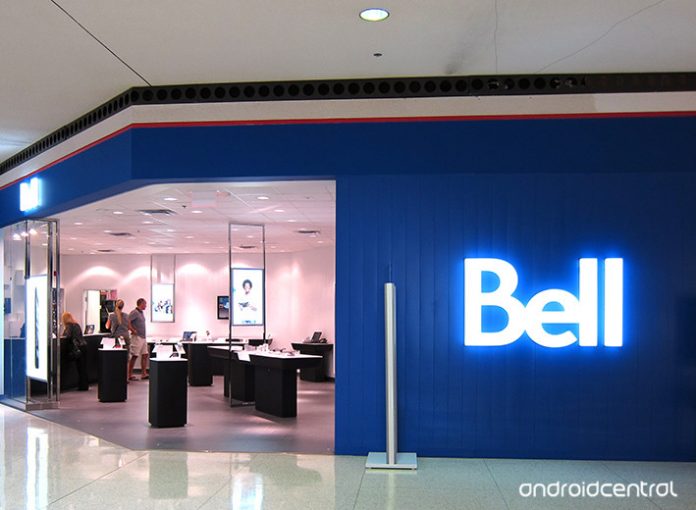 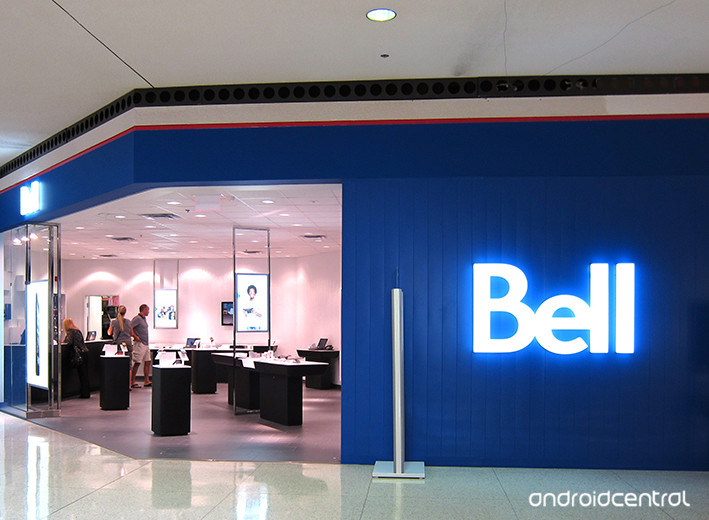 There is more consolidation in the Canadian telecom space today.

The deal comes after MTS struggled to find a buyer for its Allstream fiber business, after the government initially blocked the sale to a holding company owned by Egyptian telecom mogul, Naguib Sawiris back in 2013. MTS eventually sold Allstream to a U.S.-based firm, Zayo, for $465 million, in January.

Now, MTS, the so-called regional wireless incumbent in Manitoba with some one million customers, is set to divest itself of its remaining telecom assets. Its wireless, home internet, and television divisions will merge with Bell’s, and BCE will form its new Western Canada headquarters in Winnipeg, keeping 6,900 employees in the province.

Moreover, the company says it will invest $1 billion over the next five years to bring LTE-Advanced wireless speeds to the province, as well as expand LTE access and fiber to the home.

The deal is subject to court approval in Manitoba and regulatory approval by the CRTC and Competition Bureau before going through. MTS has a non-solicitation clause valued at $120 million should the company decide to break the deal to purchase an offer with another company.

As part of the deal, Bell also plans to divest one-third of MTS’ wireless subscribers to Telus, along with a third of MTS’ dealer locations in the province.

MONTRÉAL and WINNIPEG, May 2, 2016 /CNW Telbec/ – BCE Inc. (Bell) (TSX: BCE) (NYSE: BCE) today announced that it will acquire all of the issued and outstanding common shares of Manitoba Telecom Services Inc. (MTS) (TSX: MBT) in a transaction valued at approximately $3.9 billion.

“Welcoming MTS to the Bell group of companies opens new opportunities for unprecedented broadband communications investment, innovation and growth for urban and rural Manitoba locations alike. Bell is excited to be part of the clear growth opportunities in Manitoba, and we plan to contribute new communications infrastructure and technologies that deliver the latest wireless, Internet, TV and media services to residents and businesses throughout the province,” said George Cope, President and CEO of BCE and Bell Canada. “Bell and MTS have a shared legacy of service and innovation that spans more than a century. We are honoured to join with the MTS team in this all-Canadian transaction to deliver the benefits of new infrastructure investment, technology development and the best of broadband communications to Manitobans.”

Bell plans to invest $1 billion in capital over 5 years after the transaction closes to expand its broadband networks and services throughout Manitoba, including:

“This transaction recognizes the intrinsic value of MTS and will deliver immediate and meaningful value to MTS shareholders, while offering strong benefits to MTS customers and employees, and to the province of Manitoba,” said Jay Forbes, President and CEO of MTS. “We are very proud of what the MTS team has accomplished. Now, enabled by Bell’s national scale and commitment to broadband investment, Bell MTS will be very well-positioned to accelerate service innovation, customer support and community investment to the benefit of Manitobans like never before.”

The combined company’s Manitoba operations will be known as Bell MTS in recognition of the powerful brand presence the MTS team has built across in the province. Winnipeg becomes Western Canada headquarters for Bell and, with the addition of MTS’s 2,700 employees, Bell’s Western team grows to 6,900 people.

Bell Media’s TV, radio and digital platforms will continue to offer opportunities for local artists and entertainers along with ongoing support for the Winnipeg Jets and Winnipeg Blue Bombers on the national TSN sports network and TSN Radio 1290 Winnipeg. Bell Media assets in Manitoba also include CTV Winnipeg, Virgin 103.1 and BOB FM 99.9 in the capital city and BOB FM 96.1 and The Farm 101.1 in Brandon.

Bell MTS will continue the company’s sponsorships and community investments in Manitoba, including a shared commitment to United Way and programs for students and new grads, and launch a new Bell Let’s Talk initiative supporting aboriginal communities in Manitoba, to be chaired by Clara Hughes, Bell Let’s Talk national spokesperson and legendary Canadian Olympian who was born and raised in Winnipeg.

Details of the transaction

The transaction will be completed through a plan of arrangement under which BCE will acquire all of the issued and outstanding common shares of MTS for $40 per share, which will be paid with a combination of BCE shares and cash.

Creating significant immediate and long-term value for MTS shareholders, the transaction values MTS at approximately 10.1 x 2016E EBITDA, based on the latest analyst consensus estimates, and 8.2x including tax savings and operational synergies. This represents a 23.2% premium to the weighted-average closing share price on the TSX for the 20-day period ending April 29, 2016. The offer price represents a 40% premium to MTS’s closing price of $28.59 on November 20, 2015, the business day prior to the announcement of the sale of its Allstream business communications division.

As part of the agreement, MTS will not declare any further dividends on its common shares after its upcoming second-quarter 2016 dividend, expected to be declared in May and paid in July. Taxable Canadian shareholders who receive BCE shares as consideration under the transaction will generally be entitled to a roll-over to defer Canadian taxation on capital gains.

BCE will fund the cash component of the transaction from available sources of liquidity and will issue approximately 28 million common shares for the equity portion of the transaction, which offers MTS shareholders access to BCE’s dividend growth potential. The BCE dividend has been increased 12 times, representing an aggregate increase of 87%, since Q4 2008 and currently delivers an attractive 4.6% yield. When the transaction is completed, MTS shareholders will own approximately 3% of pro forma BCE common equity.

The Board of Directors of MTS has approved the transaction and recommends that MTS shareholders vote in favour of it. TD Securities, Barclays and CIBC World Markets, financial advisors to the Board of Directors of MTS, provided an opinion that, as of the date of the opinion and subject to the assumptions and limitations stated therein, the consideration proposed to be received by MTS shareholders is fair from a financial point of view.

The agreement between BCE and MTS provides for a non-solicitation covenant on the part of MTS and a right in favour of BCE to match any superior proposal. If BCE does not exercise its right to match, BCE would receive a termination fee of $120 million in the event the agreement is terminated as a result of a superior proposal.

Expected to close at the end of 2016 or early 2017, the transaction will be effected through a plan of arrangement and is subject to customary closing conditions, including court, shareholder, regulatory approvals and other conditions set forth in the transaction agreement, a copy of which is available under MTS’s SEDAR profile at Sedar.com. A reverse break fee of $120 million would be payable by BCE to MTS if the transaction does not close in certain circumstances.

Caution concerning forward-looking statements
Certain statements made in this news release are forward-looking statements, including, but not limited to, statements relating to the proposed acquisition by BCE Inc. (“BCE”) of all of the issued and outstanding common shares of Manitoba Telecom Services Inc. (“MTS”), the expected timing, impact and sources of funding of the proposed transaction, certain strategic, operational and financial benefits expected to result from the proposed transaction, our network deployment and capital investment plans, BCE’s dividend growth objective, our business outlook, objectives, plans and strategic priorities, and other statements that are not historical facts. Forward-looking statements are typically identified by the words assumption, goal, guidance, objective, outlook, project, strategy, target and other similar expressions or future or conditional verbs such as aim, anticipate, believe, could, expect, intend, may, plan, seek, should, strive and will. All such forward-looking statements are made pursuant to the “safe harbour” provisions of applicable Canadian securities laws and of the United States Private Securities Litigation Reform Act of 1995.

For additional information on assumptions and risks underlying certain forward-looking statements made in this news release relating, in particular, to our network deployment and investment plans, please consult BCE’s 2015 Annual MD&A dated March 3, 2016 (included in the BCE 2015 Annual Report) and BCE’s 2016 First Quarter MD&A dated April 27, 2016, filed by BCE with the Canadian provincial securities regulatory authorities (available at Sedar.com) and with the U.S. Securities and Exchange Commission (available at SEC.gov). These documents are also available at BCE.ca.

Notice to U.S. shareholders of MTS Inc.
The transaction contemplated by this news release involves the securities of Canadian companies and will be subject to Canadian disclosure requirements that are different from those of the United States. The BCE common shares to be issued pursuant to the plan of arrangement described herein will not be registered under the U.S. Securities Act of 1933 pursuant to an exemption from the registration requirements of such Act. Financial statements included or incorporated by reference in the Circular relating to the transaction will have been prepared in accordance with Canadian accounting standards and may not be comparable to the financial statements of U.S. companies.

At MTS, we’re proud to be Manitoba’s leading information and communications technology provider. We’re dedicated to delivering a full suite of services for Manitobans – Internet, Wireless, TV, Phone Service and Security Systems plus a full suite of Information Solutions, including Unified Cloud and Managed Services. You can count on MTS to make connecting your world easy. We’re with you.

We live where we work and actively give back to organizations that strengthen our communities. Through MTS Future First, we provide sponsorships, grants and scholarships, value-in-kind support and volunteer commitment in Manitoba.