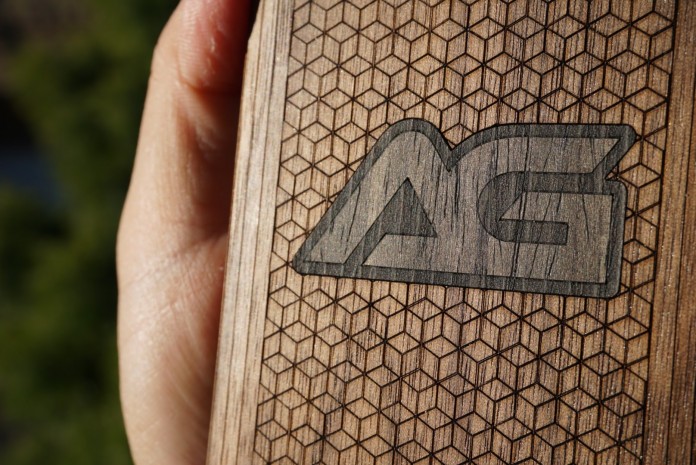 I am not a huge fan of using cases for my smartphones because they add too much bulk. There is definitely a purpose to them if you’re the type who is rough on your smartphone. But if you are gentle on your devices you should strongly consider getting a skin. I have a really unique skin made by Toast on my Nexus 6P and it is pretty freaking amazing. 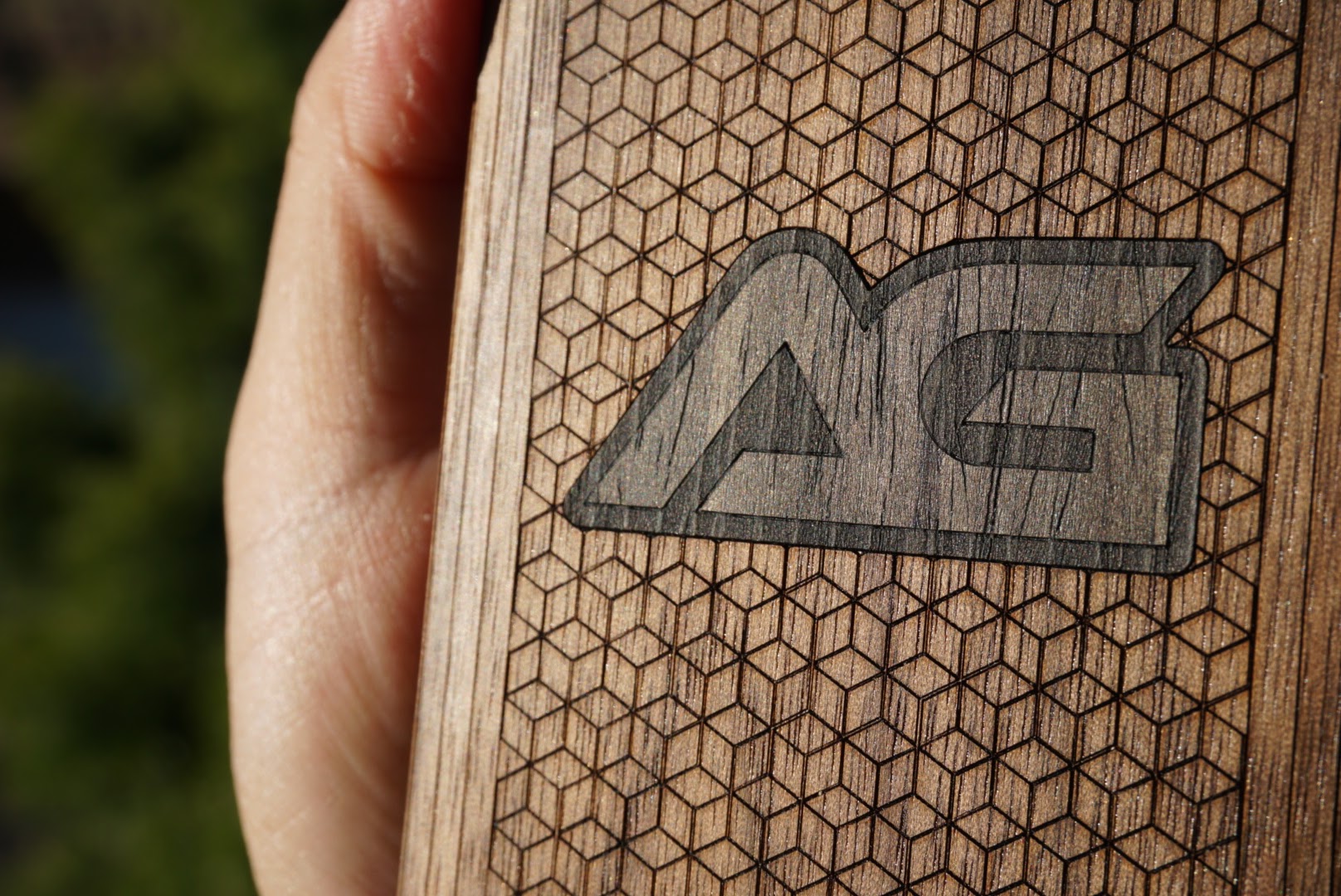 Toast is a relatively new company getting its start in 2012 by a man named Matias Brecher which I had the pleasure of meeting him in person at CES 2016. My first impression was a good one. Similar to other people I know who own their own businesses, I could tell he took great pride and passion in his work. He was standing at the CES booth and actually applying real wood Toast skins to people’s personal phones. 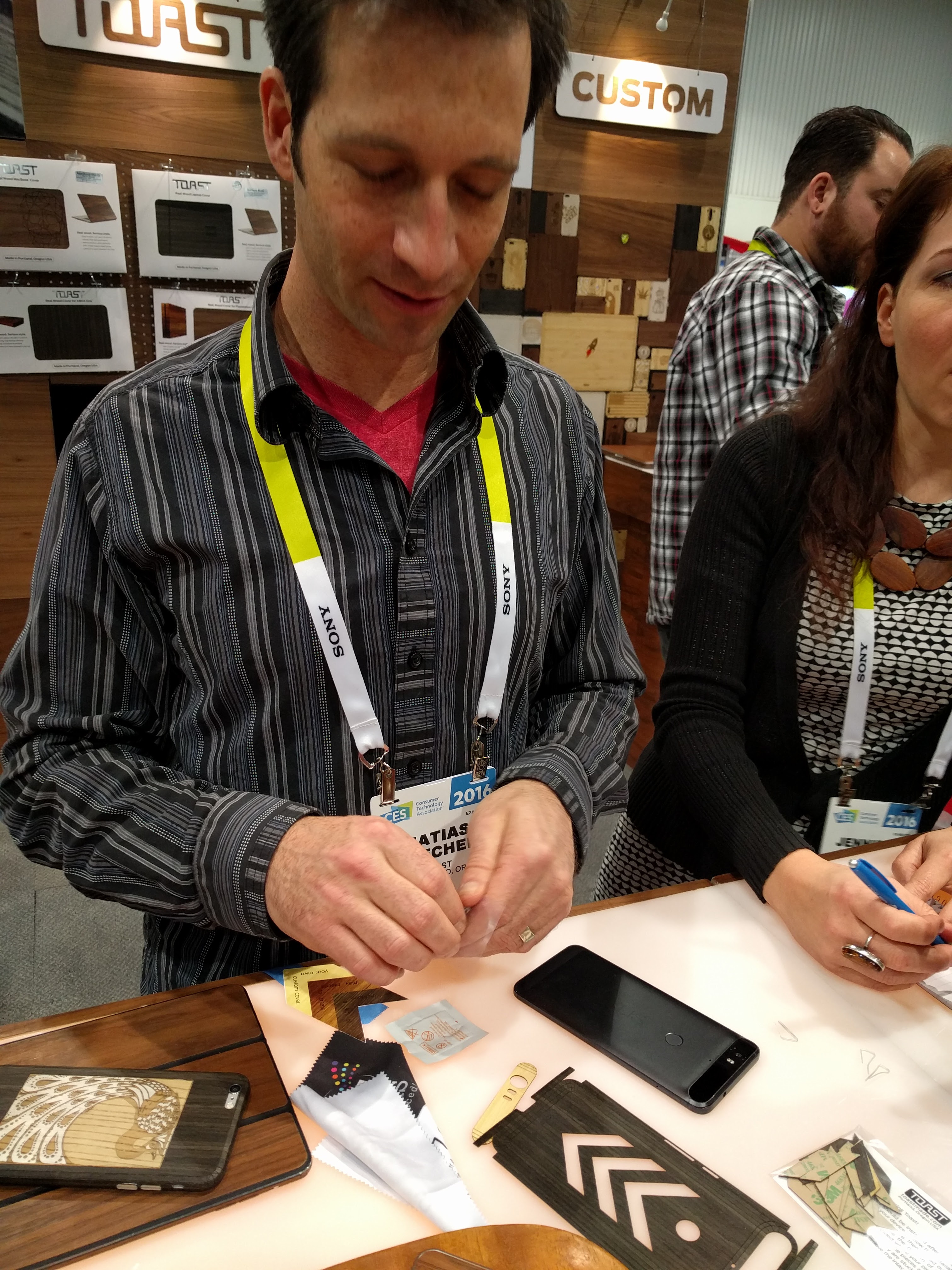 In the 15 minutes I was at the booth, I did get a chance to speak with Matias and even though he was tired from being on the CES floor for three days straight, he took the time to tell me about his company. He even told me he was the one who designed and cut my custom AG skin.

Toast got its name by the process in which the designers engrave and cut with a laser that burns in a very precise manner. So Matias named his company after toast which also burns.

Toast is a true U.S. based company which does all of its business in Portland, OR. In just three quick years, they have already grown to a company of 10 where they handle every step of the skin creation process. They are very good people. Toast takes part in the 1% for the Planet program in which a minimum of 1% of Toast’s net proceeds are donated to help save the earth. It’s a rarity for such a new company to have a social conscience, but it does and I am happy to support a company like Toast.

“We are a small company dedicated to quality products and quality of life: for you, for us, and for our planet.”

Real wood skin made in the U.S.A.

Toast makes a wide variety of skins – mobile devices, tablets, gaming consoles and even custom skins out of real genuine wood. I happen to have the grey Nexus 6P which has an all metal body. And if you’ve owned an all metal device before you understand that metal can be easy to scratch. If you’re like me and are tired of having the same old look in a smartphone with most of them being black, white or gold, skins can offer a superior level of customization without adding bulk. 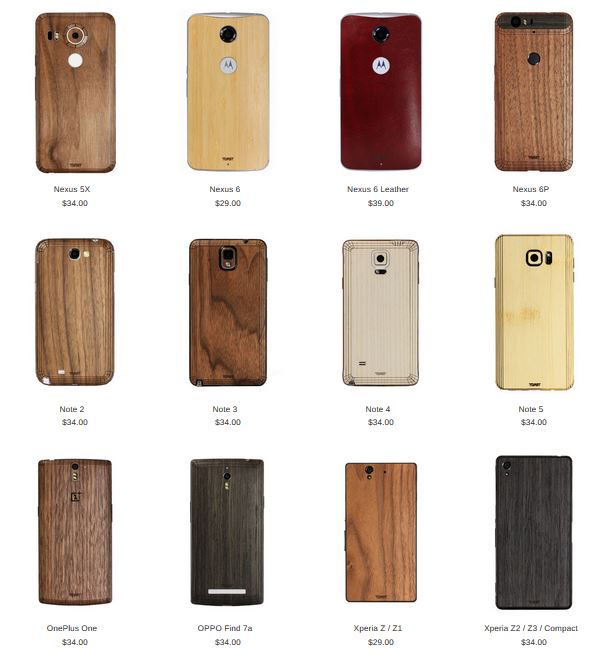 I have been a fan of the “wood” look but only a few devices employed the look. Leave it to Toast to fill that gap with real wood skins that can be applied to almost any smartphone. My Nexus 6P skin is made from Walnut with an Ebony inlay for the camera and custom laser etched AG in the center of the skin. I also have the optional Walnut front cover which rounds out skin.

Every single detail is covered when it comes to the Toast skin. The cutouts are perfect for the buttons, cameras, and sensors. The wood itself is about a millimeter thick which a sticky backing which means it is very delicate until it is actually applied to the phone. Since it does add thickness, the SIM slot, power and volume buttons are slightly recessed when the main skin is applied. But Toast provides perfectly cut out wood inserts for that too.

Every detail is well thought out and Toast even provides an alcohol swab to clean your device to make sure the skin gets proper adhesion. 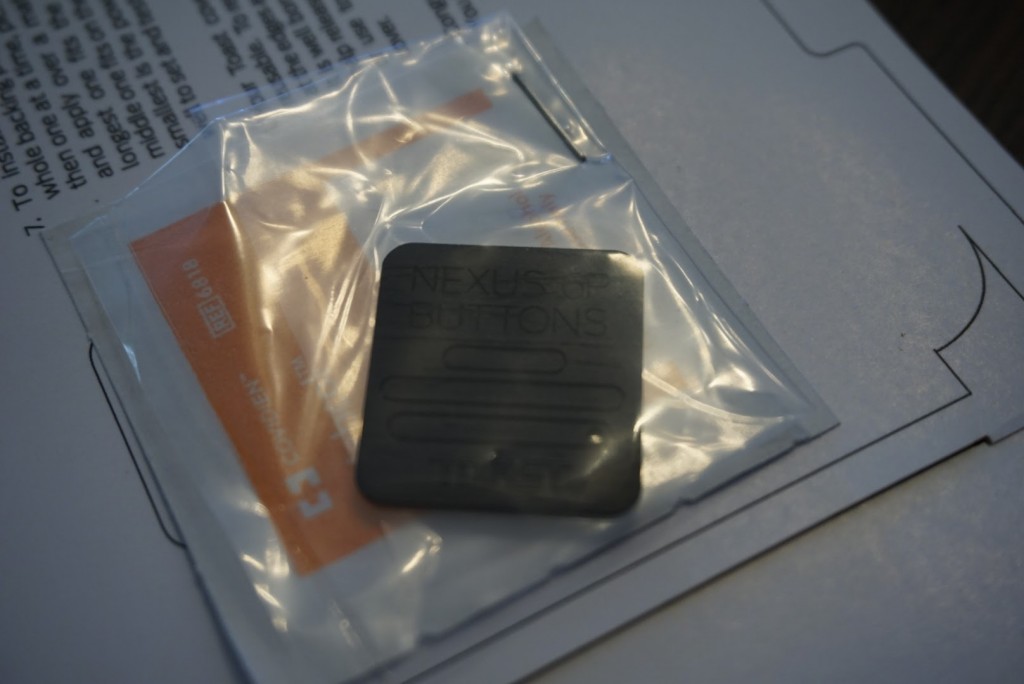 I am not a huge fan of applying skins because they can sometimes be painful, but not the Toast skin. The laser that does the cutting is perfect and I say that without exaggeration. Once you line up the rear microphone hole, found below the Nexus 6P camera, and align the buttons all you have to do is push down and it fits perfectly. 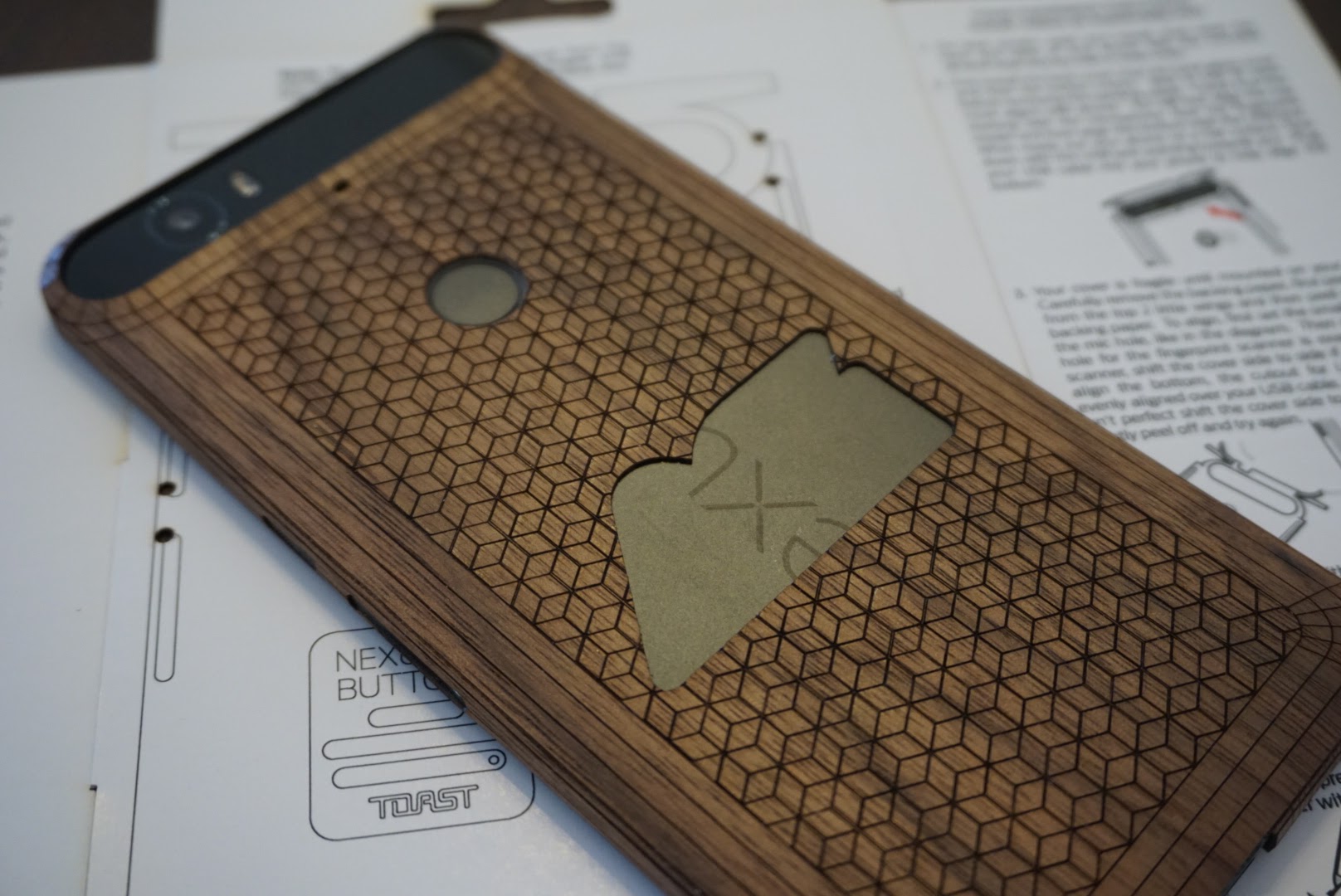 Once the main section is in place, I dropped in the Ebony AG insert as well as the camera insert. It was as simple as removing the protective covering over the glue and fitting it into the skin like a jigsaw puzzle. Following those, I then put the inserts in for the SIM card, power button and volume rocker. I was a little skeptical of the tight fit and was worried they would get stuck, but was pleasantly surprised when my buttons worked without issue. And then all I had to do was apply the front Walnut screen cover and I was done. The whole process took less than five minutes. 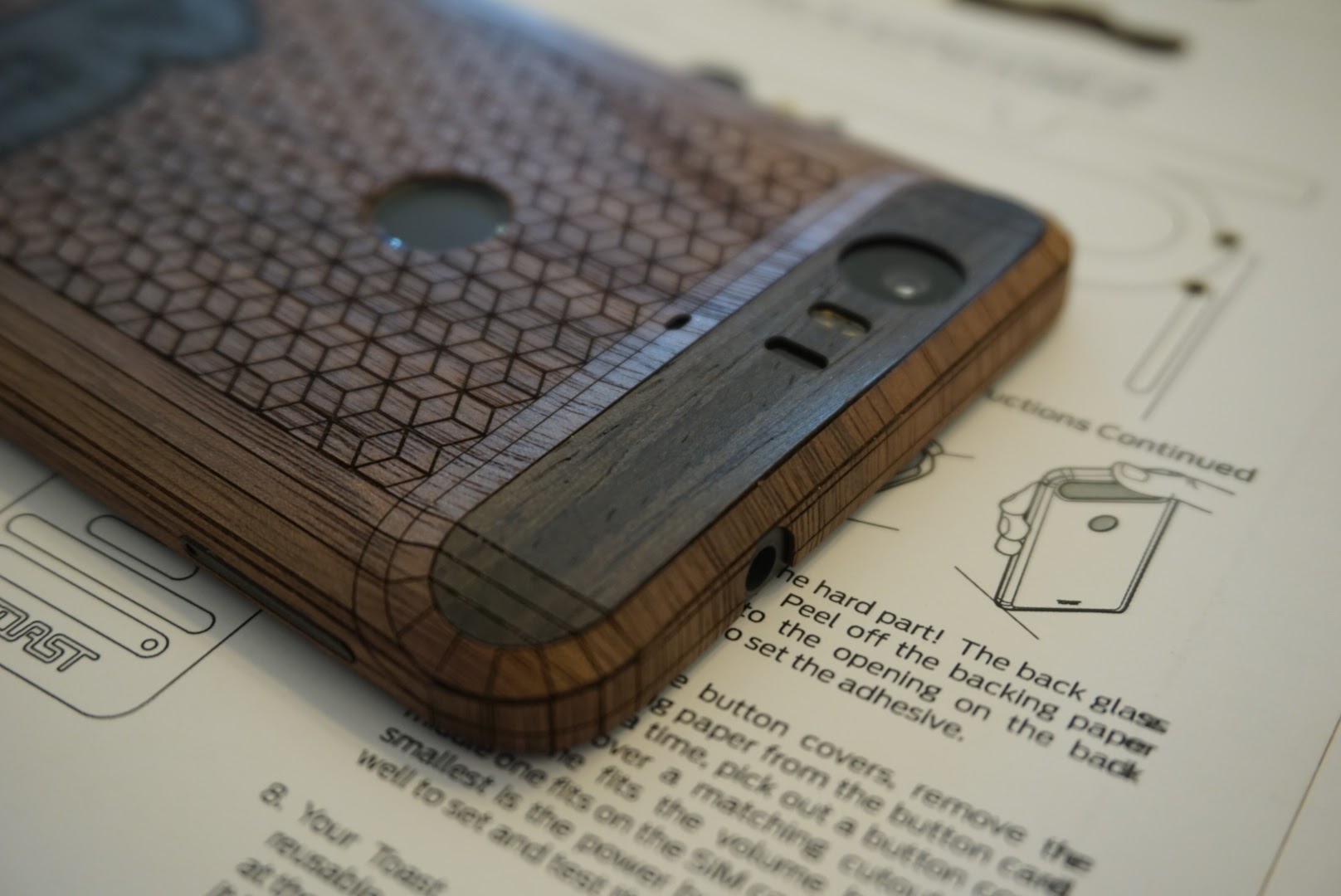 The skin fit perfect. It gives my 6P a unique look that I have not seen before on another phone. It definitely adds grip to what otherwise is a slippery Nexus 6P, and it is 100% made in the U.S.A. and supports charity at the same time. It even smells a little like burned wood. Rather than talk up the results I am just going to provide some sweet pictures. Words can’t do it justice. 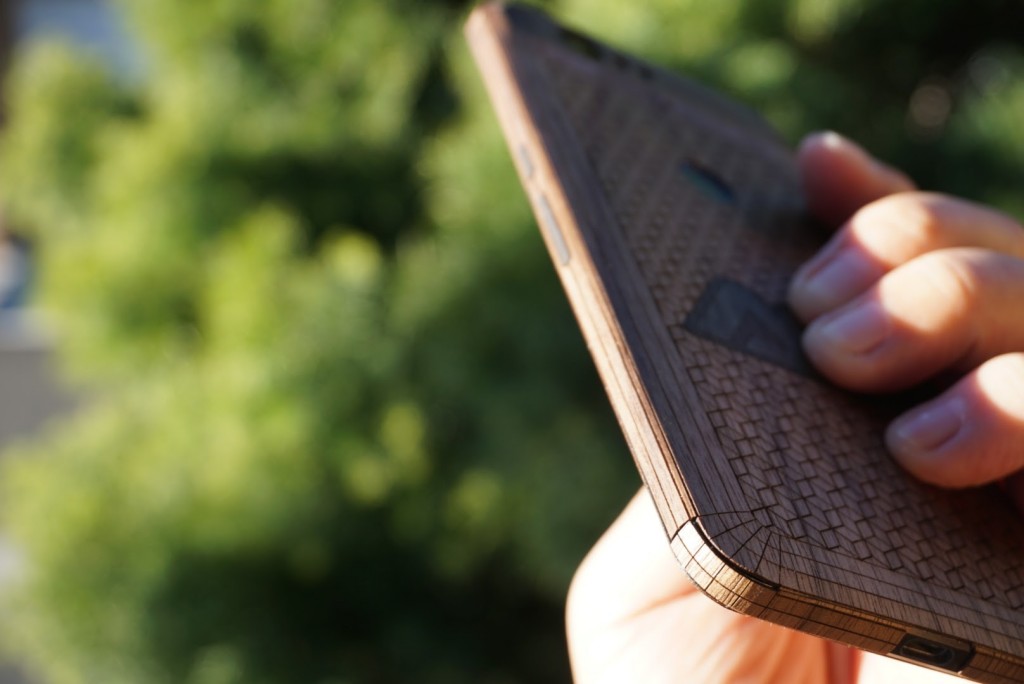 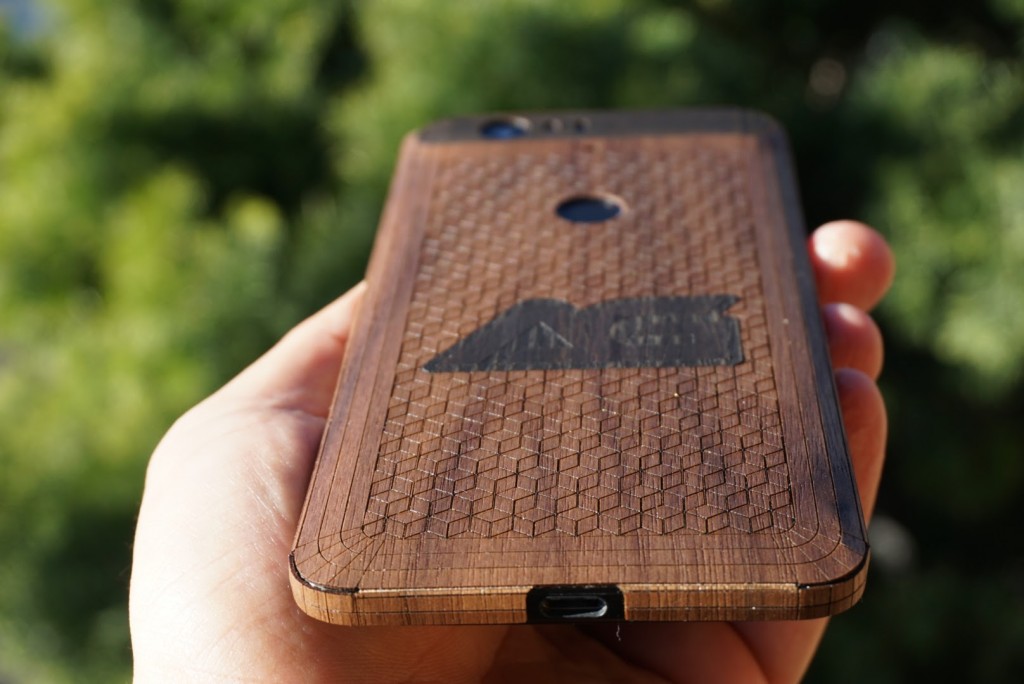 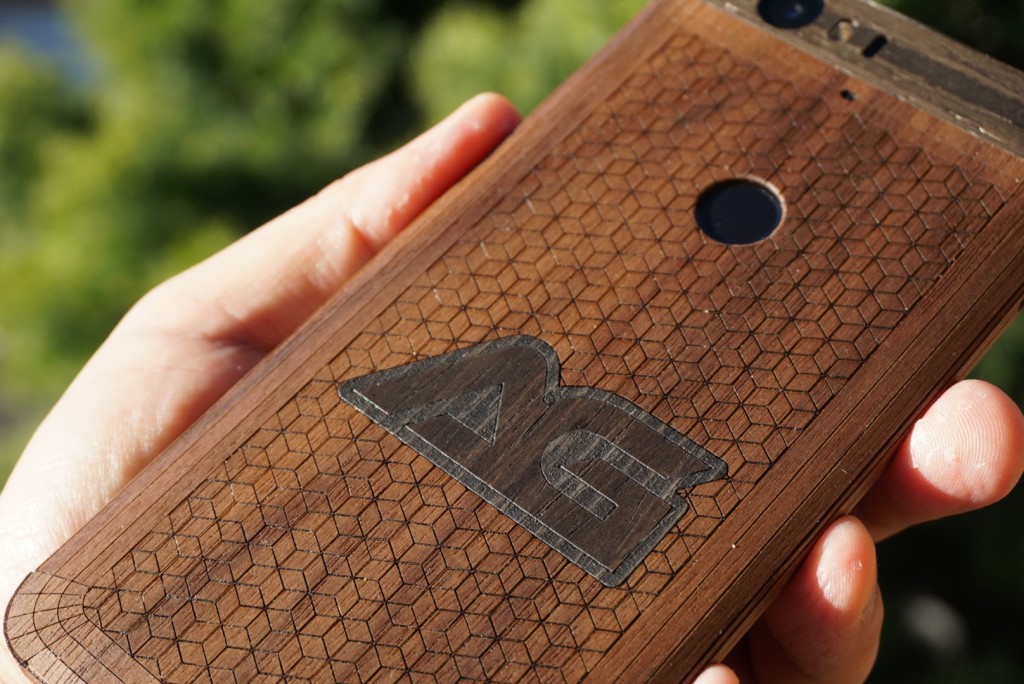 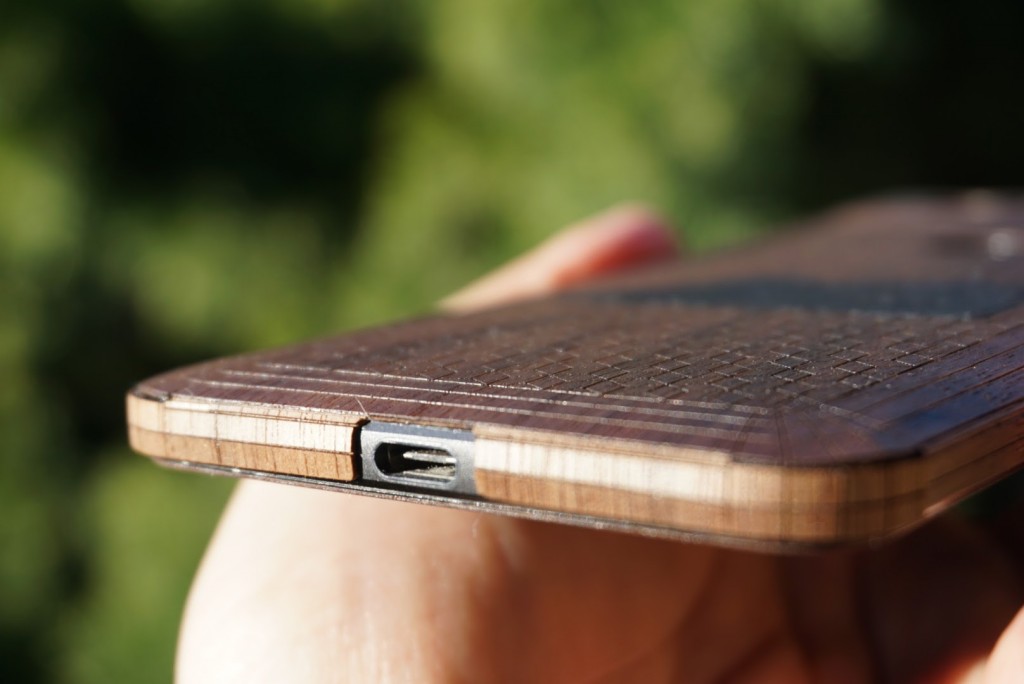 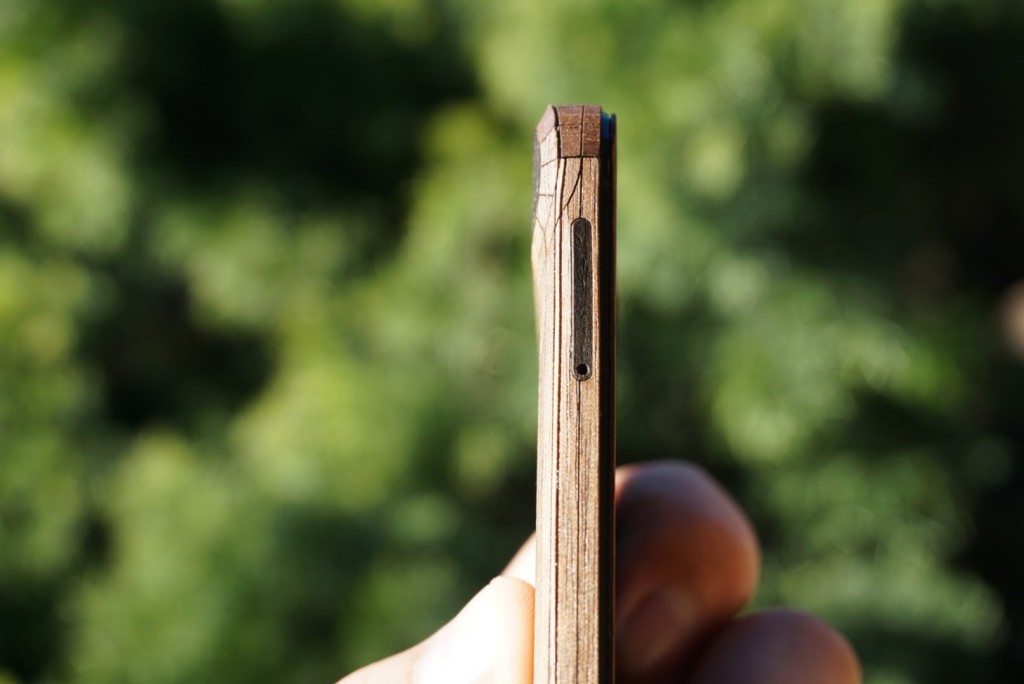 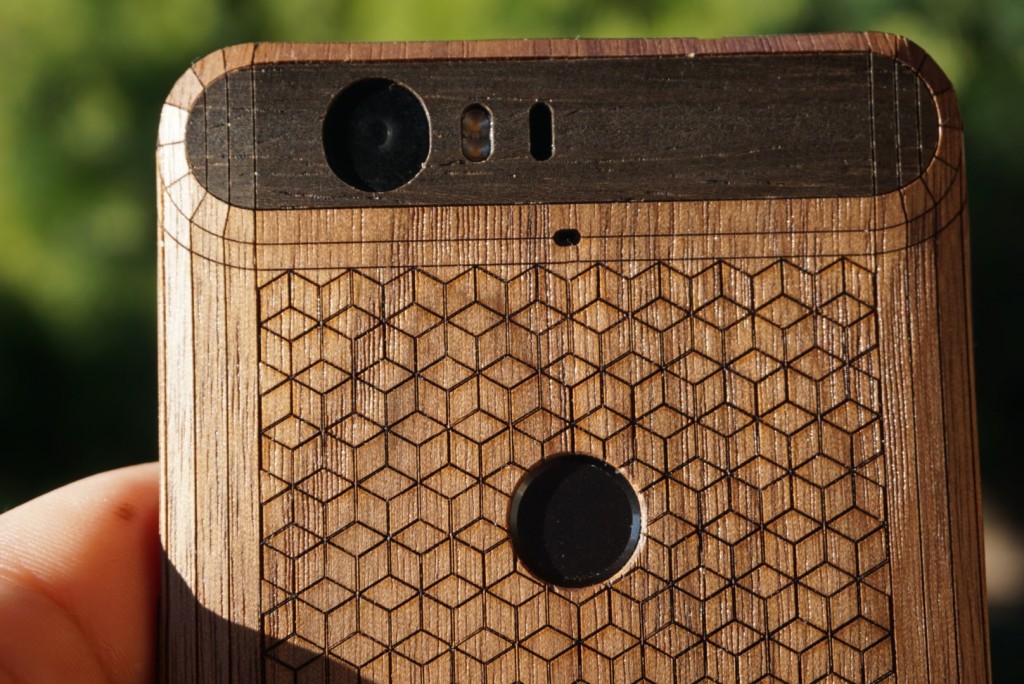 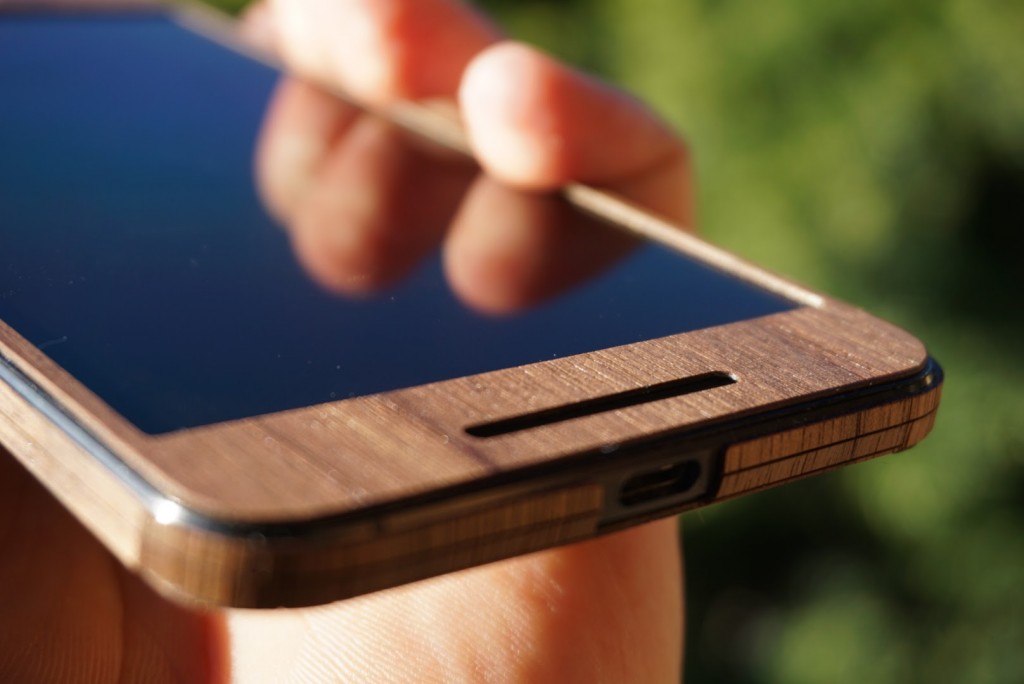 Of all of the skins I have tried, the Toast all wood skin is by far my favorite. It was super easy to apply, has a unique look and is made by a company with values that I adore. The skins start at just $34 and can work their way up to $50+ if you want custom designs and graphics. I highly recommend checking out Toast skins if you’re up for a new look. You will not be disappointed. 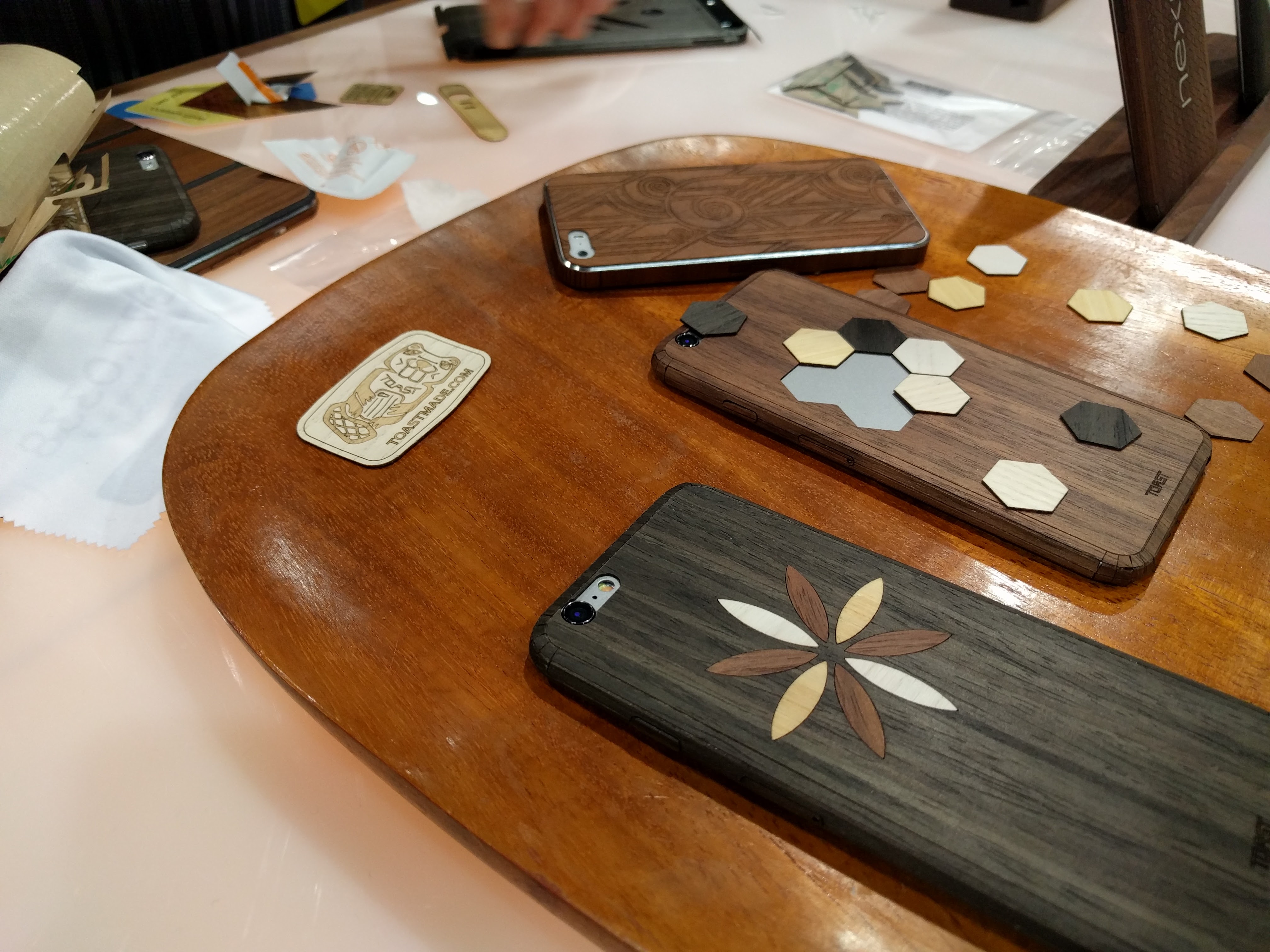 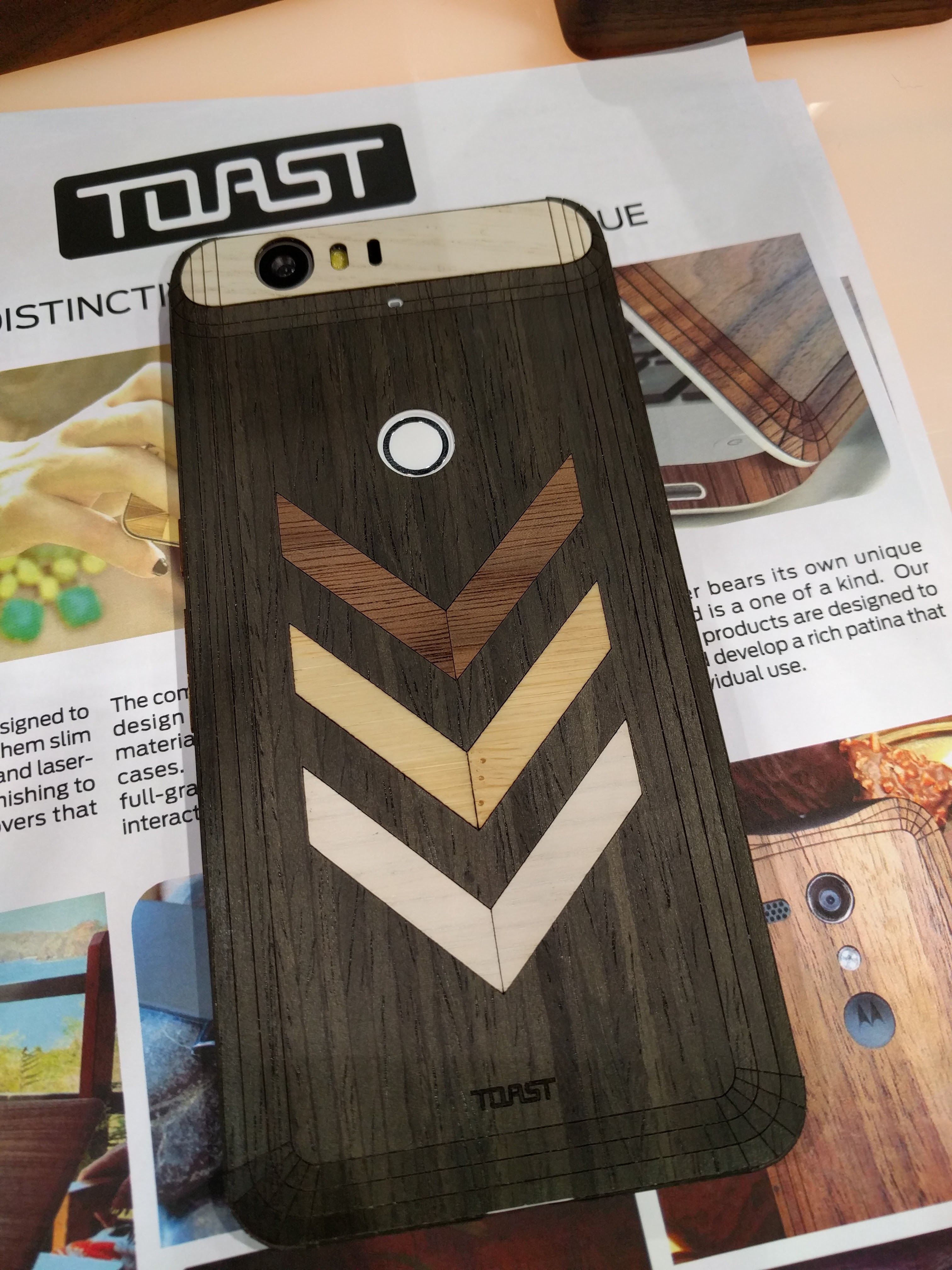 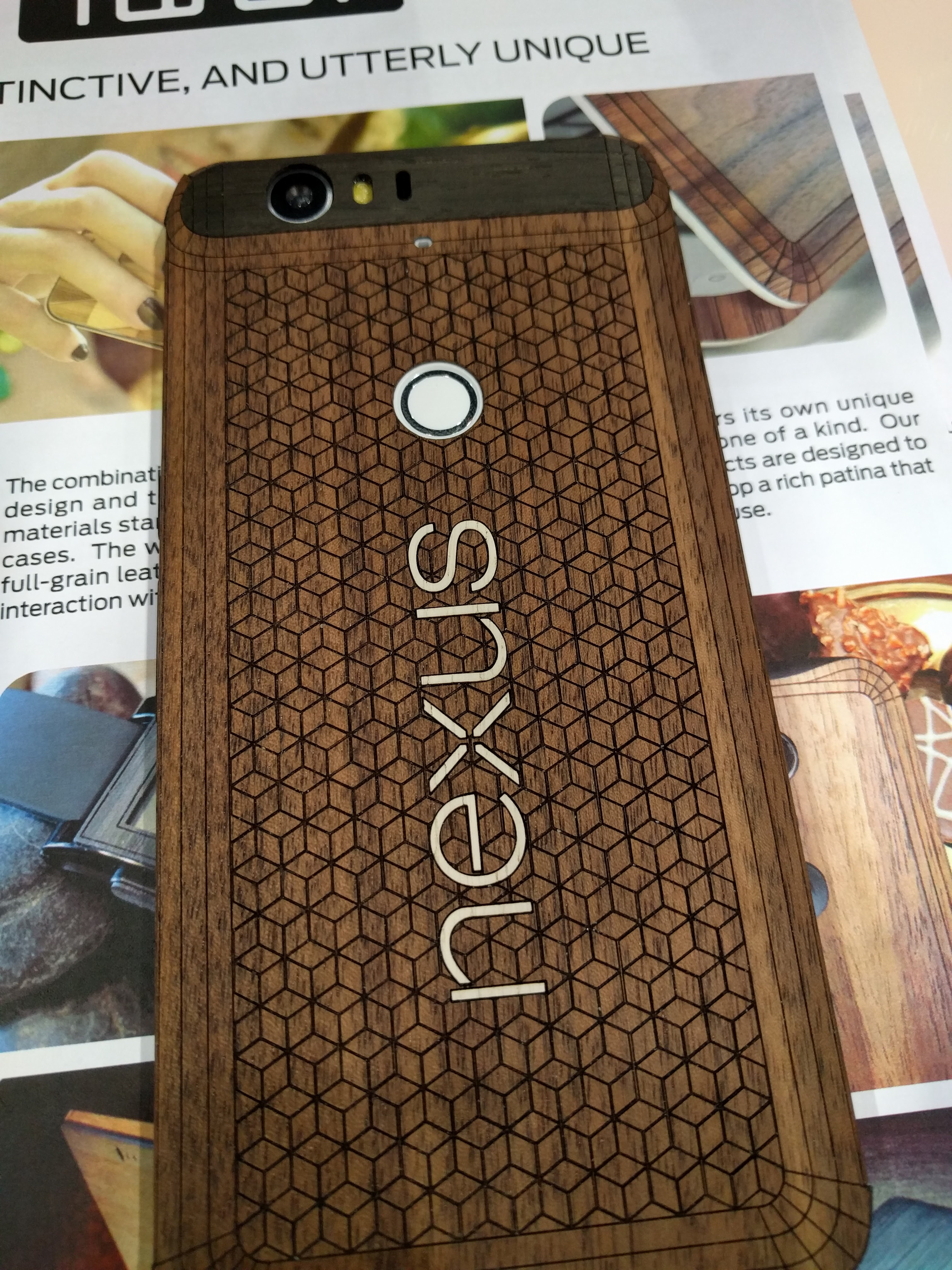