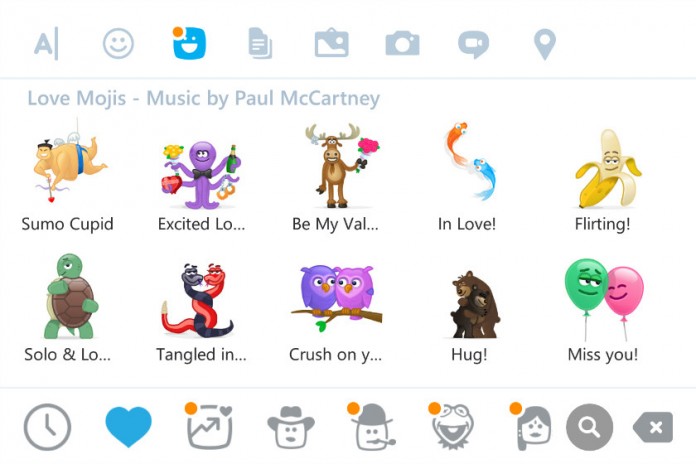 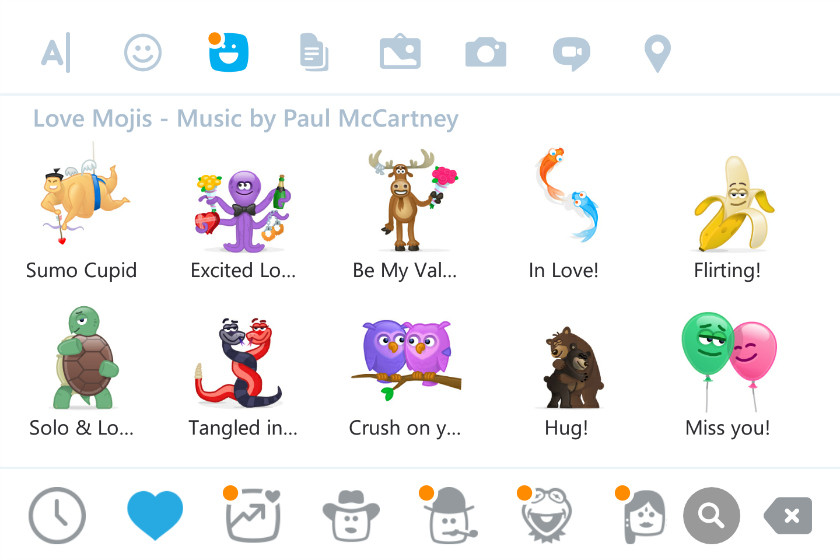 It’s not every day that a living legend like Paul McCartney shows up on Android, but the singer-songwriter has teamed up with Skype to create original music and voiceovers for a range of special Valentine’s Day emoji. They’re rolling out now, just in time for the most romantic day of the year.

According to the announcement: “Paul genuinely loves Skype and, inspired by our existing Mojis, was excited to lend his voice to the Mojis family. Likewise, we were over the moon to work with Paul, and it was a great creative challenge for us to create the animations to compliment his legendary sound.”

I’m sure Sir Paul McCartney’s considerable talents were stretched to their limits. Meanwhile, WhatsApp has also added a truck-load of new emoji to its app as well, including some more Valentine’s Day inspired options. Whether you’re a fan of the day or not, at least you’ve got some new emoji to play with.

Who does the best emoji? What’s your most frequently used emoji?