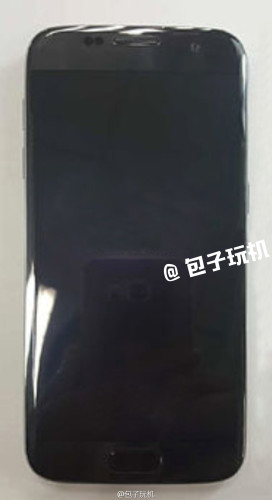 Samsung’s new set of Galaxy S7 devices have been heavily rumored for a long time now. The latest of these leaks is a black variant of the rumored Galaxy S7 Edge, and we’re seeing photos of it, thanks to the Chinese micro-blogging website Weibo.

Samsung recently announced that it would be holding an Unpacked event on February 21 in Barcelona where it will announce its next flagship. We’re expecting hear official confirmation on the Galaxy S7 and Galaxy S7 Edge, but in the meantime, we’re seeing some sweet looking photos of the latter device ahead of time. 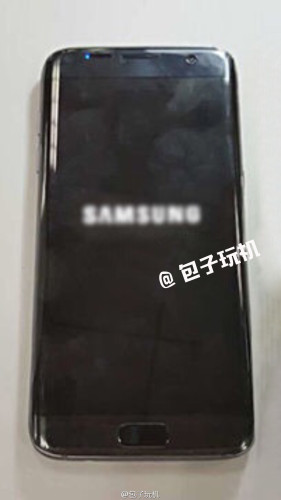 The Korean tech-giant last year didn’t offer the Galaxy S6 or GS6 Edge in black, instead offering a dark blue color. However, if these photos turn out to be legit, we could see both the Galaxy S7 and GS7 Edge offered in true black, though the color will be probably more aptly named.

The quality of the photos isn’t great. With that in mind, it’s quite difficult to tell, but it definitely looks like a Galaxy S7 Edge dressed in black. There isn’t much else to say. After all, we’ve learned almost everything there is to know about Samsung’s new flagship, thanks to the bevy of rumors being posted online.

Pre-orders for both the Galaxy S7 and Galaxy S7 Edge are rumored to go live on the day of the announcement, Febraury 21.

Are you looking forward to the new Galaxy S7? Be sure to let us know in the comments below.