HomeNewsReport: Google plans to take an ‘Apple-like’ approach to the Nexus line
News

Report: Google plans to take an ‘Apple-like’ approach to the Nexus line

Google’s Nexus line has been constantly changing ever since its inception. Are Nexus devices aimed at the high-end market, budget-friendly crowd, or somewhere in between? That’s sort of the beauty of it all, really, as each Nexus phone is different in its own way. This is thanks in part to OEM partnerships. Google has reached out to Samsung, Motorola, HTC, LG and Huawei in the past to make its Nexus smartphones, which ensures each Nexus device is unique in its own way. But if a new report from The Information proves true, Google may be taking a bit more control over its precious Nexus line.

Nexus smartphones will be more akin to Google’s Pixel line

According to this new report, Google CEO Sundar Pichai has signaled to “colleagues and outsiders” that the company is planning on taking more control over the Nexus line, from hardware to software. Google already controls the software side of things, but this new route would essentially weed out OEM partners and see Google making the hardware as well. The move to control both the hardware and software is supposedly being put in place in order to make the Nexus line more like the iPhone. The report states that this would strengthen Android’s brand overall in order to capture more share in the high-end market, an area in which Apple already dominates in many parts of the world. Google also doesn’t want its revenue-generating services on high-end devices to be at the mercy of Apple, like they are now.

With Google’s Chromebook Pixel and Pixel C tablet, Google built the hardware and software from top to bottom. This is essentially what the company will be doing with the Nexus line. Of course, Google will still be using processors, displays and other components from different manufacturers, but Google will be the sole company involved in building and producing the phone. The report also states that these new Nexus phones might only have Google’s name on them. 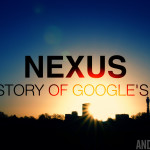 The Information also says that HTC has been in talks to produce this year’s Nexus phone, though given the new arrangement Google has been aiming for, HTC’s participation has been a controversial topic inside the Taiwanese company’s headquarters.

Overall, this move makes sense, and doesn’t at the same time. Google makes a good amount of its money from services on Apple devices, so it makes sense that Google would want to take control of its own services, and how much money it makes from them. Alternatively, this seems like an odd choice for the Nexus line. In the past, Nexus smartphones have not only showcased the latest versions of Android, but they have also acted as a way to increase brand awareness for OEMs. Nexus phones also gave hardware companies a better look at how to build better Android phones.

What are your thoughts? If the report proves true, would you support Google’s decision to take a more iPhone-like approach to the Nexus line? Be sure to speak up in the comments below.