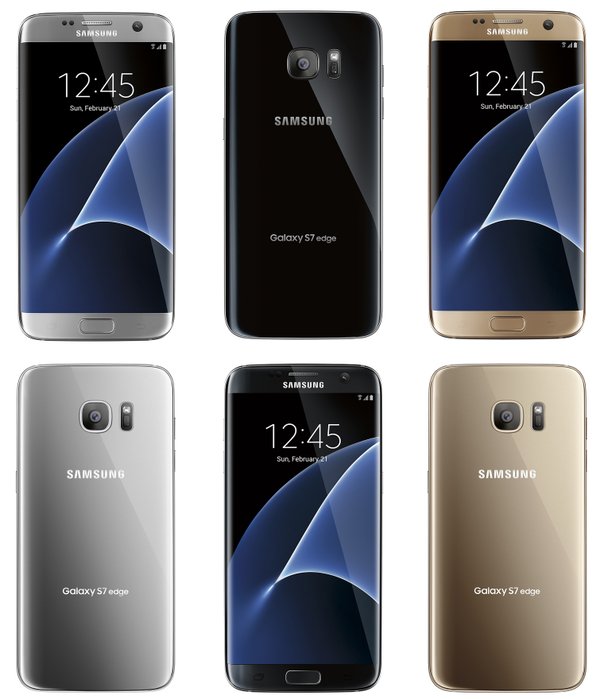 If the new Samsung flagship smartphones are supposed to be a secret, obviously nobody told Samsung because there are leaks coming out thick and fast. The latest set of leaks comes again from leaker @evleaks who comes to us with a set of Samsung Galaxy S7 and Galaxy S7 edge renders, shown in a variety of very nice colours. The S7 Edge (below) is shown in silver, black and gold, whereas the S7 (above) is shown in only black and gold – we’re assuming the two devices will be available in the same number of colours though.

Clearly, there’s not a whole lot that’s different between last year’s S6 and this year’s S7, but that’s not necessarily a bad thing. Naturally, most of the changes will be on the inside and presumably we’ll find out all about that in a week’s time at MWC 2016. According to sources, pre-orders for both the S7 and S7 edge are going to open the day that they are announced and that shipping will commence from March 11th – so start preparing your wallets if this looks like your cup of tea.

What do you think about these Galaxy S7 and Galaxy S7 edge renders? Let us know your thoughts in the comments below.