Home News Looking back at the LG G4
News

Looking back at the LG G4

Mobile World Congress 2016 is just around the corner, and as has been the case every year, there is a slew of Android smartphones that we can’t wait to get our hands on. Particularly exciting is the upcoming launch of the flagship offerings from the two Korean giants, Samsung and LG, but before ushering the new, we thought that some retrospection may be in order. We’ve already revisited the Samsung Galaxy S6, and this is our look back at the LG G4.

Last year, LG was the final holdout as far as offering expandable storage and removable batteries was concerned, and with even Samsung letting go of these previously staple features in favor of an admittedly premium design, the LG G4 was the only option if these features were important to you. Granted, expandable storage was still an option with some flagship releases that followed the G4, but removable batteries has almost entirely gone by the wayside with premium smartphones.

What the G4 offered over the competition was already a big plus, but LG managed to pack it all in to a beautifully-designed body as well; the G4 offers a slightly curved display that was adopted from the G Flex line, along with LG staples like the ultra-thin bezels and rear button layout. There were some extra, stylish elements found as well, with users able to choose a leather rear backing for the device, available in a variety of colors and textures. Of course, the more standard metallic (seen in this video) and ceramic finishes were available as well so there is certainly something for everyone.

The overall design aesthetic has paid dividends, with the ergonomically-friendly curved body making for a smartphone that is one of the most comfortable to use. With its unique elements, the G4 looks different from pretty much every other Android smartphone out there. However, this did lead to some issues, with the curved sides and thin profile of the device, resulting in a device that’s difficult to grip. This problem was particularly prevalent when lying in bed and holding the phone up above your face, resulting in a few, quite painful, drops.

If the current rumors about the LG G5 are true, we might actually be seeing the end of the curved display and still unique rear button layout. This will, of course, be a radically different addition to the flagship G series, and while LG is definitely going to make the design stand out, the death of these features will certainly be a shame. We really liked the design language of the LG G4, as the device stands out from the crowd, and we’re hoping that the LG G5 doesn’t disappoint.

In terms of hardware, the LG G4 brings to the table pretty much everything that is expected from a high-end LG flagship. Continuing from its predecessor, the LG G4 features a 5.5-inch IPS LCD display with a Quad HD resolution, and comes with excellent color reproduction and high brightness levels, allowing it to be legible in broad daylight.

Under the hood is a hexa-core Qualcomm Snapdragon 808 processor, and while Qualcomm did have a technically superior processing package on offer in 2015 in the Snapdragon 810, the former manages to do a good job. Overall, the Snapdragon 808 proves to be nothing short of reliable, with the G4 easily able to handle GPS navigation, YouTube and Netflix video playback, music playback and general day-to-day use. The only noticeable slowdown was while gaming, with the handset displaying a little stutter while navigating in-game menus or in some cases, while playing the games themselves.

Of course, the main claim to fame for the LG G4 is all that it offers, which primarily are expandable storage and a replaceable battery. It has to be said here however, that I haven’t used a replaceable battery since the Samsung Galaxy Nexus, which is obviously a very long time ago. As far as battery life is concerned, I was able to get a full day of use out of the device, with an average of around 3.5 hours of screen-on time, which is on par with what you can expect from most smartphones..

Expandable storage is also something that I concern myself with only when I’m close to running out of space on the device, and the 32 GB of built-in storage proved to be quite sufficient to cover my needs. That said, if these features are necessary for you, the LG G4 remains your best bet, and we’ll have to wait and see if the micro SD card returns in the upcoming LG G5.

The 16MP primary shooter on the LG G4 comes with f/1.8 aperture, laser autofocus and a colour spectrum sensor, and proves to be pretty reliable. When using the G4 in Auto mode, I found the experience to be quite fun, requiring just a tap anywhere on the screen in order to take a shot. While the picture taken is good most of the time, Manual mode is perfect for those moments where Auto mode doesn’t quite cut it.

2015 was the year of the manual mode, and the LG G4 showed us what it could be like, with granular control over minute details. For example, even the Kelvin readings inside the white balance setting were available, so if the Auto mode wasn’t up to the task, I was able to tweak the settings to exactly what I wanted using the manual mode. 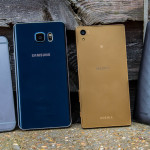 The only qualm with manual mode was the fact that using a touchscreen to change settings can be a little bit cumbersome, and it takes time to get settings correctly adjusted, which isn’t great when you’re trying to take a shot quickly. The overall picture quality has been good, with nice and detailed photos, even though the coloration could use the extra punch that I’m used to from other phones.

Finally, on the software side of things, you may have seen in the video above that I’m running the Google Now launcher on the LG G4. That may not come as much of a surprise as, unfortunately, LG’s G UI does not have that many useful features, even though it isn’t lacking in them. For example, the Smart Widget on the home screen only really served to offer weather updates. There is also the Smart Cleaner, which I have only used once or twice, and also the Q Slide, which I am thankfully able to hide in the notification drop down.

So there you have it for this quick look back at the LG G4! The overall experience with this smartphone has been very good, and it remains a very reliable device to have, especially if you’re able to leverage features like expandable storage and a removable battery. The design aspect is what I have enjoyed the most about this phone, and we hope that, even if we don’t see some of the more unique elements make it over to the LG G5, we get to see them in other parts of LG’s lineup.

Are you using an LG G4? What do you think of the G4 now and do you intend to buy any of the new devices expected for MWC 2016? Let us know your views in the comments below!

Add six more games to your collection, and control the action with Crowd Choice.What you need to knowStadia is Google's
Read more