Right now,  LG Nexus 5X 16GB (Factory GSM Unlocked) 4G LTE Android Smartphones are going for $279.99 from Yapper Wireless on eBay. This is $20 cheaper than what Best Buy and Amazon are currently offering and nearly $100 less than the device’s launch price.

The Nexus 5X is the affordable followup to the Nexus 5, which was possibly the most popular Nexus smartphone ever made. Its design is pretty similar to its predecessor, but some more luxurious elements have been stripped away to bring as much hardware as possible while still being easy on your wallet. With 2GB of RAM, 16 GB of internal storage, and Android 6.0 Marshmallow right out of the box, it’s hard to beat the bang-for-buck that you receive with this device.

The battery life can be a little lackluster, and the plastic casing and light weight means it doesn’t quite have that “premium” feel that we’ve come to expect from devices made from glass and metal, but still the 5X scored well in our initial review, netting a score of 8.6 overall. For a more comprehensive look at the Nexus 5X, be sure to check out our official reviews below.

OUR REVIEWS OF THE NEXUS 5X

If you’re in the market for a mid-to-high end device that won’t break your bank, click the button below to head on over to eBay. In the meantime, let us know what you think of this deal in the comments. If you’re a Nexus 5X owner, tell us what your experience with the device has been like so far so that others can make a more informed purchase!

Get it from eBay! 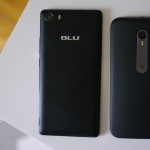