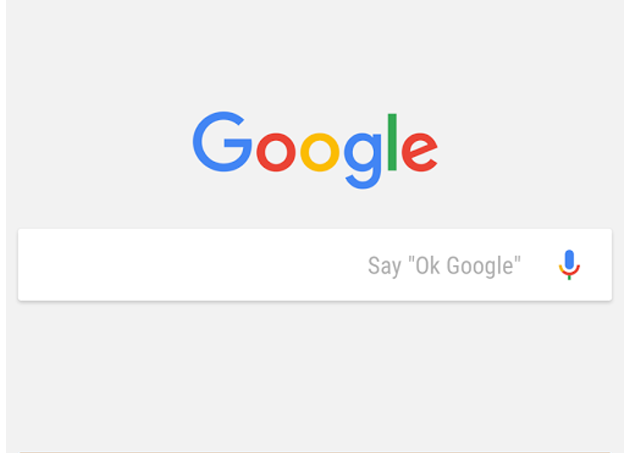 A new study has revealed that less than one third of Android phone owners make use of Google Now’s voice recognition software.

Titled ‘360 View: Mobility and the App Economy’, the study says more than half of iPhone owners use Siri. On top of that, it claims smartphone penetration has reached 86% of U.S. broadband households.

Apparently, just under half (48%) of smartphone owners between 18 and 24 currently use voice recognition tech. When it comes to Siri specifically, usage by iPhone owners is said to have risen from 40% to 52% between 2013 and 2015. 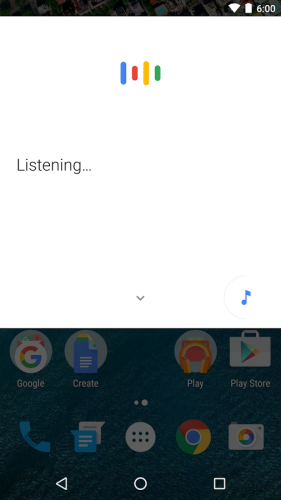 This latest study may cause some concern for the folk over at Google, who will be hoping improvements can be made to Google Now to make the service more widely used.

Google Now is a top tool with a whole host of features for Android users to play around with, so the findings of this latest study are rather surprising.

What do you make of the study’s results? Let us know in the comments section below.

What do you do with all of your downloaded music, pictures, documents, and other media? As an Android user we suspect you rely on Google Drive and/or Google Photos for a decent amount of data.What happens when you get close to filling up your allotted storage space? What do you do with really massive files? Before you break out that credit card and purchase more storage through your cloud hosting, consider the deal we have in the AndroidGuys Deals Store.How would you like a lifetime account with 10TB (terabytes) of storage for the price of a nice date-night dinner?Head to the AndroidGuys Deals Store and you’ll find an incredible offer: lifetime access to 10 terabyates (10TBs) of 256-bit AES encrypted cloud storage from Degoo. Available for Windows, Mac OS, iOS (10+), and Android (4.1+), it  lets you keep everything that’s important to you all in one place.It doesn’t matter where it originates; you can back it up to the same cloud. What’s more, you can also share links to the files for friends, family, or co-workers.FeaturesSend files easily to friends via email or linkBackup up to 10TB of data under ultra-secure 256-bit AES encryptionReplicate your backup as you perform it, giving you extra peace of mindPerform backups to all of your devicesGet more backup space than Dropbox, OneDrive, & Google Drive combinedKeep your backup automatically up to date thanks to automatic file change detectionWhere to BuyYou pick up the lifetime account of Degoo 10TB storage for only $100 through the AndroidGuys Deals Store. Valued at well above $3,00 if you were to go it alone, we’re only too happy to give this discount to our readers.Also available are 1TB ($50), 2TB ($60) and 3TB ($70) options. No matter which way you go you’ll have a lifetime account.Best SellersSave even more!For every $25 you spend in the AG Deals Store you get $1 credit added to your account. And, if you refer the deal via social media or an email that results in a purchase, you’ll earn $10 credit in your account.First Time Buying?If this is your first time buying, you are also eligible for 10% discount! Just be sure to subscribe for email updates.Free StuffNot looking to spend any money today? No worries. You can still visit the AndroidGuys section for freebies and pick something anyhow.
Read more

Telegram is an encrypted messenger which is essentially similar in look and functionality to Whatsapp. With Telegram group chats, you can include polls, mention other users, view group stats, all in a group of up to 200,000 people. Now, you can also have a voice chat.Any Telegram group can be a voice chat room, with the voice functionality being always on. You can join and leave the voice chat at anytime, maybe as a good function for coworkers to discuss something really quickly.Voice chats will always have a bar at the top to show who is actively in it, with the option to join immediately. On all platforms, once you join the chat, you can continue to move around Telegram with the quick ability to mute and unmute. On Android, this functionality is further expanded with a floating button that can follow you anywhere throughout your phone.With this new update, animated stickers will load faster, as well as showing an outline of the stickers available while it loads. There’s also:Ability to move data to SD Card on AndroidNew Android app animationsAbility for Siri to read your messages out loudBetter editing capabilities – equal on both iOS and AndroidEven more animated emojiIn addition to all of this, Telegram founder Pavel Durov has announced plans to monetize Telegram in the most privacy-friendly way possible, including paid features for businesses or power users as well as an ad platform that is more user friendly. Any revenue resulting from this move will also be paid forward where possible, such as paying artists for their stickers.
Read more

Save 50% on the award-winning EarFun Free true wireless earbuds

Wireless headphones and earbuds are some of our favorite accessories. Time and again we hear from others that once they’ve removed cords and cables, it’s hard to go back to something that’s physically tethered.The EarFun Free true wireless earbuds, on sale today for just $39.95. These wireless earphones offer up to 30 hours of playtime with the charging case.As our featured offer of the day, the EarFun Free picked up a few awards earlier this year. And once we had a chance to check them out for ourselves, we understood why. They’re sweat and water resistant, feature four microphones, and pack a tremendous amount of battery life.FeaturesErgonomic design for long-wearing comfort & stabilityEarbuds automatically turn on & pair after one-time setupWorks flawlessly within a range of 49 feetBluetooth 5.0 enhances stability & connection of the earbuds100% IPX7 waterproof & SweatShield technology to get you through all weather conditions6 hours of listening time plus extra 24 hours of playtime from the handy charging caseUnique design helps to ensure you don’t easily lose your earbudsAdvanced wireless charging via Qi charging padBuilt-in 6mm graphene drivers offer powerful deep bass & premium soundBuy Now!You can purchase the EarFun Free True Wireless Earphones for only $39.95 in the AG Deals Store. Hurry, take advantage of the 50% discount while you can!Best SellersEarn Credits!For every $25 you spend in the AG Deals Store you get $1 credit added to your account. And, if you refer the deal via social media or an email that results in a purchase, you’ll earn $10 credit in your account.First Time Buying?If this is your first time buying, you are also eligible for 10% discount! Just be sure to subscribe for email updates.Free StuffNot looking to spend any money today? No worries. You can still visit the AndroidGuys section for freebies and pick something anyhow.
Read more