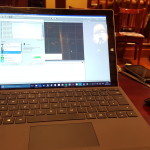 Amazon has announced that they are launching a new game development engine called Lumberyard. However, what makes this newsworthy is that the A-Z service/content/product provider is putting this system in your hands for the low, low cost of Free.

In terms of visual technology, Lumberyard takes its cues from CryTek’s CryEngine. It has everything you would need to create lush, triple-A game environments from advanced particle effects to real-time fluid dynamics. You’ve even got the vegetation tools that made the Far Cry series so lush right at your fingertips. Amazon says that their engine can create games for Windows, Xbox One, and PS4. However, updates are in the pipeline to make game development possible for Mac, Linux, iOS, and – you guessed it – Android.

So what’s the catch here? I mean, sure it’s great for Amazon to help lower the bar set for game developers and make high-end tools available to indie designers looking to make a real impact on the gaming world, but what’s in it for them? Altruism looks nice enough in PR, but it doesn’t pay your employees.

The hitch is that Lumberyard limits what servers you can use for the games developed on it. Even if you create the next Dota 2, you won’t be able to use cloud resources from Amazon competitors like Google or Microsoft. You’ll have to buy server support from Amazon.

While that seems restrictive at a glance, it’s really not that bad of a trade-off. If you’re designing a single-player game, for instance, there’s no need to buy server time anyway, so you just got to develop a high-end game with tools that didn’t cost you a penny. And even if you are creating a multiplayer game, as long as Amazon doesn’t start price-gouging indie devs – which seems unlikely – then this looks like a pretty fair arrangement for both parties.

What are your thoughts regarding Lumberyard? If you’re a game dev, let us know if this is a tempting offer in the comments, and let us know what you think the pros and cons of getting into bed with Amazon would be! 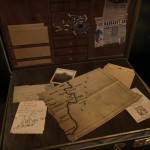