HomeNewsSK Telecom to launch super-fast LTE uplink, in time for the Galaxy...
News

SK Telecom to launch super-fast LTE uplink, in time for the Galaxy S7 and LG G5

4G LTE speeds and technology has evolved considerably over the past few years and South Korea’s leading mobile carrier, SK Telecom, is gearing up to launch an even faster version of its LTE network. The super-fast network could arrive just in time to take advantage of new modem technologies included inside the upcoming Samsung Galaxy S7 and LG G5 flagship smartphones.

SK Telecom will deploy an advanced uplink carrier aggregation technology in the first quarter of the year, which could boost mobile upload speeds by 400 percent. Currently, theoretical upload speeds are limited to 25Mbps on a 10MHz band. However, by implementing the recently standardized UL 64QAM and MC-PUSCH technologies, maximum upload speeds could increase four fold to 100Mbps, in theory. Although, as we know, these theoretical limits are very rarely ever reached at a consumer level. 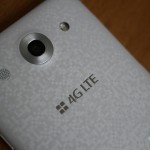 Read more: What is LTE? Everything you need to know27

64QAM is a modulation format that aims to improve the efficiency of transitioning data with multiple frequency shifted streams, while MC_PUSCH combines disparate frequencies in the same spectrum into a single usable frequency, so another form of aggregation.

As we have seen before, networking advancements also require compatible consumer level hardware, so current handset owners won’t see the benefits. However, cutting edge modem hardware is often included in flagship smartphones and the upcoming Samsung Galaxy S7 and LG G5 should make use of this new technology. For example, the Qualcomm Snapdragon 820, which is expected to power the phones, features a X12 integrated modem that offers a boost to peak download speeds up to 150Mbps, with 2x20MHz uplink carrier aggregation and up to 64-QAM.

SK Telecom will launch its faster LTE upload technology in Seoul and the surrounding regions by February, with additional areas to follow later in the year. 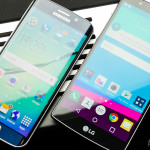 See also: Samsung Galaxy S7 vs LG G5: which are you more excited about?79