If you’re in the market for a new smartphone, and you want a pure Android experience on Marshmallow without breaking the bank, then we’ve got some seriously good news for you. Google just slashed the price of the 16GB Nexus 5X to $299.00 and $349.00 for the 32GB version.

This is an interesting development, because just two weeks ago, Google trimmed $30 off the mid-range Nexus device to bring its price down to $350. Now we’re seeing an even bigger chunk lopped off. For a device running a Snapdragon 808 with 2GB of RAM and a 5.2 inch display, you’re getting a lot of tech-per-dollar here. For its default price, the Nexus 5X is now going for less than it did even on Black Friday.

See also: 6 common problems with the Nexus 5X and how to fix them23

Technically, there’s still a way to get the smartphone for even cheaper. Right now, BuyDig is running a limited-quantity offer that puts a 16GB version of this device in your hands for $299.99, but they’ll also send you a $20 pre-paid Visa card to boot. When the Nexus 5X originally launched, we were impressed with its specs, but thought the price was perhaps a bit much when compared with competitors like the OnePlus 2 and Moto X Pure. Now it looks like the device is finally dropping to a price range where it’s truly a tempting choice.

REVIEWS OF THE NEXUS 5X

What are your thoughts on the Nexus 5X? If you own the device, let us know what your experience has been like in the comments. Is this deal worth it, or not? For those still on the fence, check out our full review and decide for yourself if this new price tag compensates for the negatives we mention. 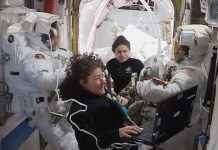 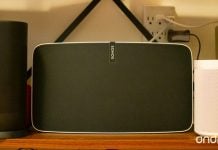