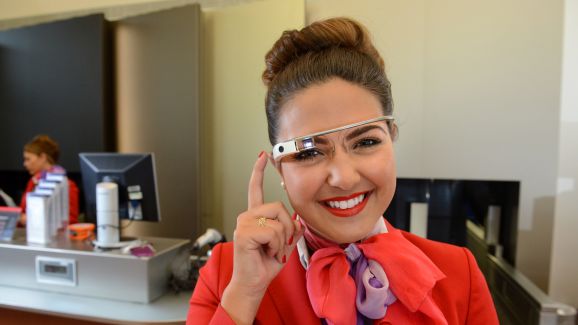 Reports are surfacing this morning that owners of Google Glass units are seeing their devices rendered unusable. The problem appears to have been traced to a problem with the backend servers Google maintains to support Glass devices. According to at least one source, Google engineers are aware of the problem and are working on a solution.

The problem with the units appear to first show up when the devices attempt a hard reset, something that seems to have occurred to a lot of users overnight. Upon booting back up, users are finding their Glass units report they cannot be setup or they get an error message indicating “Google password incorrect” in place of cards that should be showing up. Some example error reports posted publicly include issues like these:

“My Glass thinks that it is now a new unit and needs to be setup. Unfortunately, the setup process fails. There is clearly something amiss.”

“Same here. Around 4:00pm Akst. Mine no longer pairs, screen works, audio appears to work, just cannot get it to pursue and connect.”

Although the problems have blown up overnight, reports of problems have been trickling in since January 5th. The issue appears to have escalated though and it may be affecting every single unit out there by now.

A Google Glass guide did respond to one user trying to obtain support and they indicated that Google is aware of the problem and assured the user it was a server issue that engineers are working on. Given the status of Google Glass, some had started to wonder whether Google was shutting down the backend servers as part of a move to kill off the program once and for all.