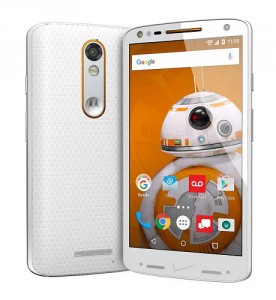 Here we are, two weeks into a new year and some of us are looking for a new phone to compliment the new “us”.  Are you the type of person who wants to get 2016 off and running with a shiny new smartphone?

Buying a new handset can be pretty fun stuff, especially if you’ve got previous experience. But, for others, however, the concept of shopping for a new smartphone may make you anxious.

We’ve put together a list of the top 10 Android smartphones you should consider for Verizon this January. Here, in no particular order, are ten Android handsets that you will want to take a look at for Verizon.

Selling point number one: It’s the first smartphone to offer a shatterproof display.  Indeed, this one’s not just a one-gimmick device, either. Not only does this phone give you peace of mind in knowing that it can fall out of your pocket or desk without shattering, it also features some impressive hardware.

Running Android 5.1 Lollipop, the Turbo 2 packs a 5.4-inch display at 2560×1440 resolution and a 21-megapixel camera. Quick charging ensures that the phone never runs low on juice; moreover, the 3760mAh battery gets you two days of use. In a first for Verizon’s famous Droid brand of phones, buyers can head to the Moto Maker tool to design their own unique version of the Turbo 2.

Still the newest phone on the list, this LG features two displays. Indeed, there is a big, 5.7-inch quad HD screen which looks gorgeous on its own. However, up at the top you will find a small secondary display which offers quick access to favorite contacts, apps, media player buttons , or an at-a-glance view of your schedule.

But, as if that were not enough, you will also find 64 gigabytes of internal storage with a microSD card that allows for another 200GB of space. The removable 3,000mAh battery is more than enough to get you a day or two of life. The rear offers up a 16-megapixel camera while the front houses a pair of 5-megapixel shooters. One works for close-ups while the other has a wide angle lens for group shots.

Arriving late in 2015, this Motorola boast a 5.5-inch 1080p HD display, 21-megapixel rear camera, and 16GB internal storage. Toss in the 3630mAh battery with Turbo Charging and you should never run low on juice. Other specs include Android 5.1.1 Lollipop, microSD expansion card slot for more storage, and a water-repellent coating. 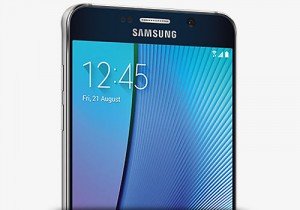 The latest in Samsung’s plus-sized smartphone line boasts a gorgeous metal and glass design. The S Pen digital stylus is smarter than ever and works without even powering on the display. Media lovers and picture takers will appreciate that storage options are now 32GB and 64GB. The battery, which comes in at a commendable 3000mAh capacity, allows for fast charging, wireless charging, and even fast wireless charging.

It might be approaching its one year anniversary but that doesn’t mean the Samsung flagship smartphone should be left off your list. The 5.1-inch Quad HD screen is a stunner and the overall size feels great in our hands. Oh, and there’s the premium design materials which includes glass and metal. It’s the first Galaxy S model we’ve wanted to coddle and protect in a long time. It doesn’t hurt that it runs Android 5.0 Lollipop (with an expected 6.0 update), comes with at least 32GB storage, and has 3GB RAM to boost performance.

An almost identical sibling to the Galaxy Note 5, this one drops the stylus but picks up a slick, dual curved edge display. If you don’t need to jot down notes or mark up documents, consider grabbing the more sexy counterpart. It’s a real looker.

LG’s early 2015 flagship still impresses us and holds its own against other brands. We’ve long since gotten used to that rear camera configuration; the G4 has one of the best camera experiences we’ve ever seen on a smartphone. The specs are top-notch and the screen begs for your attention.

Running an untouched version of Android Lollipop, the Nexus 6 was among the first to receive an update to the 6.0 Marshmallow build. If you’re a fan of a clean, unmodified operating systems, this is an easy choice. The 6-inch screen might be a little bigger than you’re familiar with but the reviews and feedback have been solid. Internal storage is 32GB and there’s no microSD expansion card slot but it shouldn’t be a problem if you like to store data in the cloud. 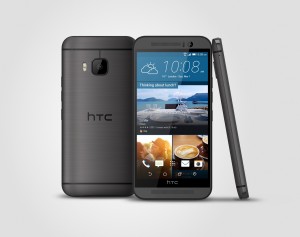 The only HTC model you’ll find here, it’s also one of the oldest flagship models to make this list. Don’t let that concern you, though, it’s still a kick-ass phone with a great build. And the price is even better than ever. The 5-inch screen looks great and fits well in the hand while the 20-megapixel camera snaps excellent photos. The microSD card keeps media lovers content with room for up to 200GB of external storage.

HTC One M9 at Verizon

HTC One M9 at Amazon

As predecessor to the newer Droid Turbo 2 and Droid Maxx 2, the Moto X (2nd Generation) doesn’t have a ton of Verizon customization. This means it’s closer to a stock Android experience than most other phones with only a few added touches. We love what Motorola adds to the user interface: twist to open camera, chop to activate flashlight, and voice actions. Pick yours up in Black, White Bamboo, or Football Leather.

The post 10 Android phones you should consider for Verizon this month (January 2016) appeared first on AndroidGuys.