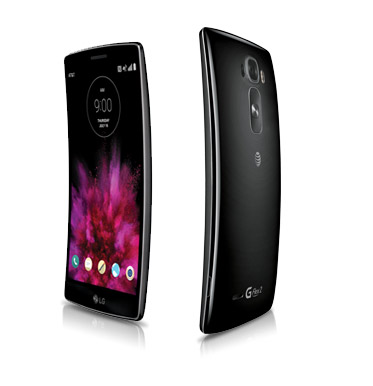 Time for a new smartphone? That’s great!  What do you have in mind? Not sure? That’s okay, we’ll help.

If you’re a seasoned smartphone owner, picking out an upgrade is a simple process. But, for some folks, the idea of purchasing a new handset makes them nervous.

Which is the newest phone? What is the best phone? Which is the one that’s going to give me exactly what I need? There’s a lot to consider, sure. We’re here to help you dig through the clutter.

We’ve put together a list of the top 10 Android smartphones you should look at for AT&T this January. Here, in no particular order, are ten Android handsets that you should consider for AT&T if you’re currently contemplating a new device.

Introduced roughly one year ago, this phone was among the first to boast a Qualcomm Snapdragon 810 processor. Even today, it’s powerful enough to contend with most Androids and features a 13-megapixel rear camera with laser focus and optical image stabilization. What it also offers, is a self-healing protective coating, which means your keys and general wear won’t ruin the finish. Also, the phone is curved in multiple ways and allows for one of the most comfortable experiences around.

This is one of the newest phones on the list, and it’s how LG wrapped up the year. The killer feature? Two displays. Indeed, there is the 5.7-inch quad HD screen which looks gorgeous on its own. However, up at the top you will find a small secondary display which offers quick access to favorite contacts, apps, media player buttons , or an at-a-glance view of your schedule. 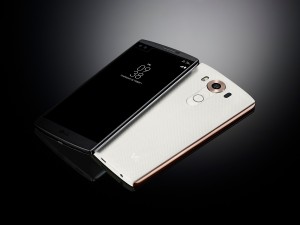 But, as if that were not enough, you will also find 64 gigabytes of internal storage with a microSD card that allows for another 200GB of space. The removable 3,000mAh battery is more than enough to get you a day or two of life. The rear offers up a 16-megapixel camera while the front houses a pair of 5-megapixel shooters. One works for close-ups while the other has a wide angle lens for group shots.

The fifth generation of Samsung’s plus-sized smartphone experience boasts a gorgeous metal and glass design. The S Pen digital stylus is smarter than ever and works without even powering on the display. Up from previous models, storage options are now 32GB and 64GB. The battery, which comes in at a commendable 3000mAh capacity, allows for fast charging, wireless charging, and even fast wireless charging. Approaching six months since its debut, we are fond of the large screen and stylus

An almost identical sibling to the aforementioned Galaxy Note 5, this one drops stylus and picks up a dual curved-edge display. If you don’t need to jot down notes or mark up documents, consider grabbing the more sexy counterpart. It’s a looker and feels terrific in hand. 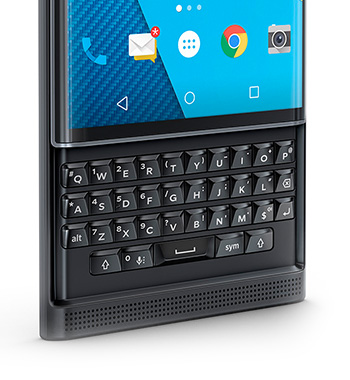 The newest of the bunch, this is also the first BlackBerry handset to run Android out of the box. Not only is this one big and powerful, but it’s also extra secure, too. Standout features include an 19-megapixel rear camera and 3410mAh battery. Oh, and did we mention the Priv also has a physical keyboard? Indeed, tucked under the gorgeous 5.4-inch curved display is a 4-row QWERTY keyboard. Blast through emails and messages without breaking a sweat. It’s 2015 and once again it’s cool to own a BlackBerry.

Announced almost one year ago, it’s still tough to beat Samsung at the flagship smartphone game. The 5.1-inch Quad HD screen is a stunner and feels oh-so-right in our hands. We’re also quite fond of the premium design which includes glass and metal. It’s the first Galaxy S model we can recall where we’ve wanted to coddle and protect it. It doesn’t hurt that it runs Android 5.0 Lollipop (with an expected 6.0 update), comes with at least 32GB storage, and has 3GB RAM to boost performance.

Take the 2015 flagship smartphone and then toss in water and dust resistance with shock absorption and you end up with the Samsung Galaxy S6 Active. It still packs the 5.1-inch display, 16-megapixel camera,  and octa-core processor; however, the device greatly benefits with the addition of a 3500mAh battery. In short, this is a tremendous phone that’s built to last all day and can take just about anything you will throw its way. Spend a bunch of time outside? Pick this one up.

We might be looking forward to the next-generation LG flagship but that doesn’t mean we don’t appreciate the 2015 model. We’re still in love with the design and kick-ass camera. No really, this version has one of the best camera experiences we’ve ever seen on a smartphone. The specs are top-notch and the screen is a simply beautiful; it’s on the short list of best of 2015.

As the only HTC model on this list, we’re big fans of the new design cues and direction. It’s not necessarily a powerful smartphone, but it’s more than enough for first time buyers — with plenty left over. It’s the first non-Nexus handset to run Android 6.0 Marshmallow and enjoys features such as Doze, Android Pay, and Android on Tap. For the first time in a few years we are excited about HTC again and can’t recommend this phone enough for its target demographic. The 5-inch screen feels terrific in hand and the fingerprint scanner is highly responsive. Check out our review of the HTC One A9.

HTC One A9 (unlocked) at Amazon

The Moto X (2nd Generation) doesn’t have a ton of AT&T customization which means it’s closer to a stock Android experience than most other phones.  What is added by Motorola, however, is worth it and only adds to the phone’s value. It’s a little over a year old now, sure, but that doesn’t mean it’s not worth your attention. If you’re looking for a great Android handset that won’t break the bank, you’ll be wise to consider this one.

The post 10 Android phones you should consider for AT&T this month (January 2016) appeared first on AndroidGuys.