A series of discussions between Google and Facebook took place over the course of this summer, and Facebook walked away from them a little shaky. Their concern? All it would require is one completely reasonable move by Google to take a serious financial bite out of the social giant. It’s something Facebook can’t defend against, and you can’t help but sense that they feel a little bit at the mercy of Google just now.

This issue has to do with API calls. Every time you view Google Maps information in your Facebook app, the app must make an API call through Google’s server. Every time you’ve received a Facebook notification on your phone – if you use an Android device – Google must again handle an API call. These cost Google money, but so far they haven’t been charging developers for it.

Facebook owns four of the most popular Android apps in the world: Facebook, WhatsApp, Instagram, and Messenger… all of which rely heavily on Google-handled API calls.

However, they totally could charge for it. Imagine if a greedier company were in the same position. I don’t want to step on any toes, so I’m just going to invent some hypothetical company that has a cynical corporate policy to ruthlessly take advantage of any lack of options on the part of the consumer. Let’s just make up a name and call them “Comcast” or something. So imagine if “Comcast” were in Google’s boots. Even if they didn’t jack the prices up to actually profit from the API calls, we would expect such a company to at least charge enough to break even on their cost. 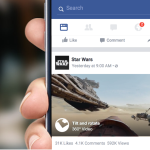 See also: Facebook’s offline news feed lets you continue your obsession even in the subway4

This amount would be miniscule for smaller app developers – especially for apps that don’t reach for other Google services like Google Maps – but for Facebook, the bottom line would be staggering. You see, most Facebook users own Android devices. And Facebook owns four of the most popular Android apps in the world: Facebook, WhatsApp, Instagram, and Messenger… all of which rely heavily on Google-handled API calls.

How real is the threat of Google charging for this? Pretty damn real. Google started charging websites for using things like Google Maps years ago, so even though the company has remained mute on this issue, Facebook’s concerns are legitimate.

Currently, it’s totally feasible to use a method of delivery other than Google Cloud Messaging (the service that handles these API calls). So prior to this summer, Facebook may have had hopes of developing their own system and decoupling themselves from Google. But just like the final scenes of Ghostbusters, despair arrived in the form of something soft and white and round. 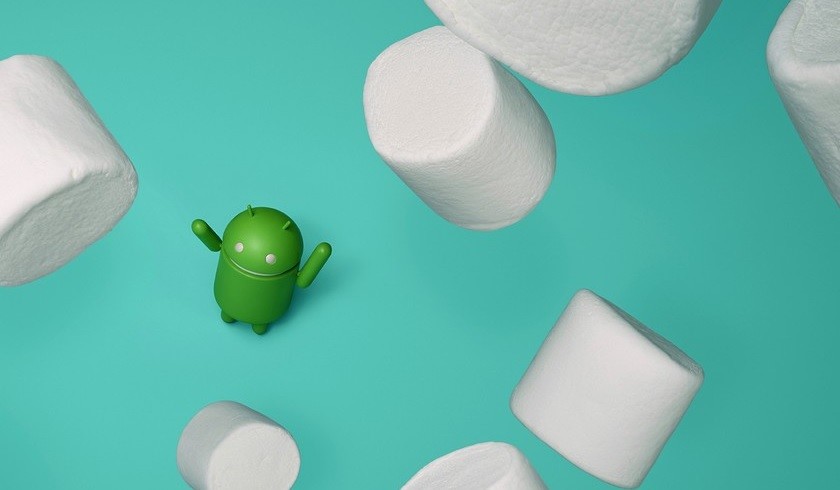 Marshmallow, Android’s newest version, introduced a number of changes to the way the Android operating system handles notifications. These changes make it much more difficult for developers to use anything but Google Cloud Messaging to ferry notifications to their apps.

It makes sense that Google would want to make sure that apps use their proprietary system to vet app notifications before sending them out to Android devices. In terms of both security and consistent user experience, this is a no-brainer. But now Facebook is staring down the barrel of an Android future in which there will no longer be any option but to lean on Google’s API support.

This concept is another reason why Google wants to consolidate all notifications in their Cloud Messaging system. It gives them the capacity to string out non-essential notifications over a longer period of time, vastly increasing battery life.

This is a problem for Facebook, because all of their Android apps use a lot of high priority notifications. Why is this a problem?

A Battle of Batteries and Perception

Although Marshmallow has made some changes to improve battery life, many of these changes simply don’t apply to Facebook’s apps. Their reliance on high priority notifications means that their app will get shuffled right to the top of the battery consumption list on Android phones. Facebook doesn’t like the idea that their app will be associated with battery drain going forward. They also believe that this system of notification segregation is the first step down a path that will lead to decreased user engagement.

Their reliance on high priority notifications means that their app will get shuffled right to the top of the battery consumption list on Android phones. Facebook doesn’t like the idea that their app will be associated with battery drain going forward.

Their theory is this. Notifications increase engagement with an app. By creating this division, Google is essentially encouraging developers to make every notification a high priority notification. If devs ever do this, then this battery-saving method will be a bust. To salvage it, Google may start trying to decide what notifications constitute the High Priority label. They’ve done it before with Gmail, after all. Those “Promotions” and “Social” tabs are the result of a very similar process, and if all Facebook notifications get the same level of priority that Gmail treats them with (i.e. very little), Facebook worries they will see a drop in user engagement and, ergo, a drop in profit.

The Theater of Cold War

The strategic options Facebook has in this scenario are extremely limited. Not so long ago, Facebook began plans for developing an entire ‘Google Replacement Suite’ that would allow their app to exist without interacting with Google at all. This would have involved creating replacements for Google Maps, Youtube, Google Search, and the Google Play Store. The plan was for Facebook to encourage Android device manufacturers to preload their apps on smartphones instead of Google’s.

The idea was abandoned for multiple reasons. Primary among these was the sheer scope of the endeavor. Secondly, to make such a bold move would be an open act of aggression against Google, and both companies are far too profitable to each other to want that. The fact that Facebook was even considering such an extreme measure is a testament to how uncomfortable they are eating at Google’s table.

Although they remain rivals and competitors, the only company that makes more money off Android than Facebook is Google. With over 1 billion app users on the operating system, it makes sense that Facebook would want to play nice with their host. Nevertheless, the situation is incredibly tricky.

Leaning on the Enemy

The concept of ‘platforms’ has made the technological business landscape a strange one. It’s a place rife with stiff alliances, stalemates, and standoffs. Once you start using someone else’s service as your platform, you become subject to their rules and changes. If you become rivals, this gives the hosting party a massive upper hand. The only way to completely escape this dynamic is to create a competitive analogue platform of your own.

The concept of ‘platforms’ has made the technological business landscape a strange one. It’s a place rife with stiff alliances, stalemates, and standoffs. Once you start using someone else’s service as your platform, you become subject to their rules and changes.

Google was in this same situation not too long ago. With most of their searches coming from Microsoft’s Internet Explorer, the company scrambled for a way to ensure that they weren’t dependent on Microsoft as a platform. To get there, they had to do what Internet Explorer was already doing and do it better. Chrome is the result of Google trying to escape the same situation that Facebook now finds itself in. And they were successful.

However, Facebook is staring at a much steeper slope than Google was looking at. Google services are now ubiquitous. If the social media company wants to escape their predicament, they would have to do more than just create a successful browser. They would also need to recreate better versions of all the services mentioned above, and they would need to be competitive enough with Google to coax over a viable userbase. Replacing YouTube alone is a herculean task that, frankly, Facebook just isn’t up to.

So for now, Facebook remains reliant on Google’s services. The best they can do right now is hope that Google doesn’t decide to cash in on their reliance.

What do you think about the strange relationship between Facebook and Android? Let us know in the comments!