Home How to How to use Google Cardboard
How to

How to use Google Cardboard

The era of virtual reality is upon us, and while there a growing number of solutions aiming to bring VR into the home, Google Cardboard’s approach is unique in that it is an extremely affordable way to get your VR fix using nothing more than a simple VR headset, your existing smartphone, and any Google Cardboard compatible app.

So what exactly is Google Cardboard, where do you get it, and how do you use it? Those are the questions this guide aims to answer.

What is Google Cardboard, and how it works

Simply put, Google Cardboard is a virtual reality platform. Google creates a basic spec for “Cardboard compatible” viewers and apps but doesn’t actually regulate or sell either of these things – though it has occasionally offered fully assembled viewers for free as part of various promotions.

Since there’s little to no regulation on the viewer designs sold, there are a ton of different viewers out there. While the “default” model is in fact made of cardboard, there are variants that come in plastic, foam, and other materials. 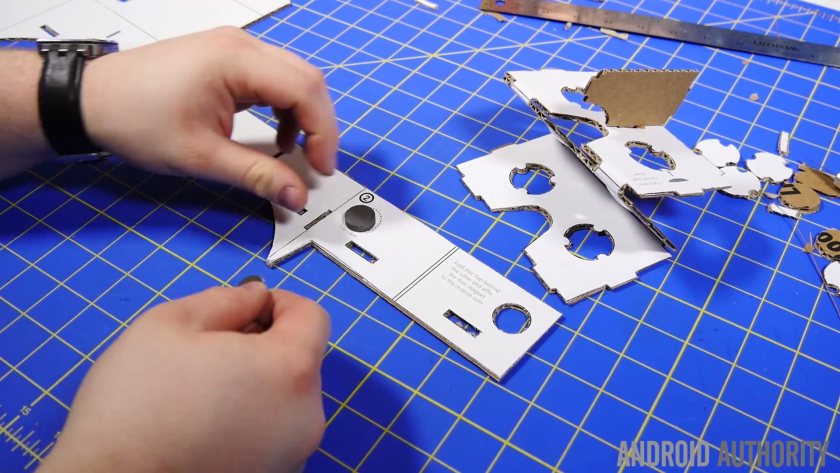 As for how Cardboard works? Basically an app splits an image on your phone’s screen into two. You then insert your phone into a reader, and using two special lenses, you are given a 3D VR type affect might pale in comparison to high-end VR experiences like you’d find with an Oculus Rift, but is actually pretty impressive considering the low-key investment here.

Controlling the games is done a few different ways, but most commonly you interact by looking at things long enough to select them. You can also look around the VR world just as you would in the real world, by moving your head. Some viewers and apps do support extra input methods like triggers on the viewer, Bluetooth controllers, etc, but these methods of control are less common at this stage.

Where can you get Cardboard 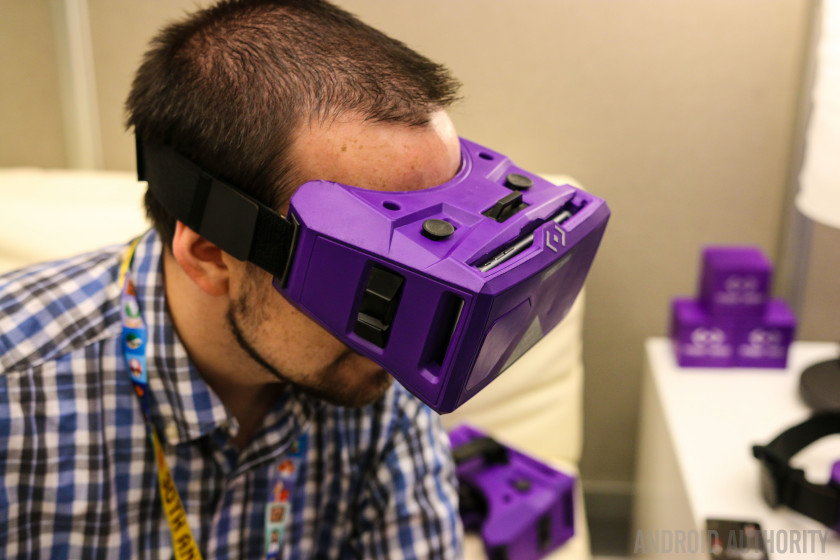 Merge VR is one of the more “premium” Cardboard viewers out there.

Before you decide to jump into the wonderful world of Cardboard, keep in mind you’ll need a phone that runs Android 4.1 or higher. Thankfully, that shouldn’t be a problem for almost everyone these days. It’s also worth mentioning that some Cardboard viewers are designed with smaller phones in mind, while others support up to 6-inch displays, so keep that in mind when deciding which viewer is right for you.

For the DIYers out there, you can actually build your own Cardboard as well! The process for it isn’t too complicated, and is further explained here. If you’d rather not mess around with building your own though, there are a number of pre-assembled units available through Amazon and other e-tailers:

Okay, so you now have a Cardboard ordered. How do you actually use it? The first thing you’ll want to do when your headset arrives (or you build it) is download the official Google Cardboard app. This is a great starting point, as there is an easy setup guide as well as a portal for finding apps and other Google Cardboard experiences.

Get Cardboard on Google Play

Aside from the Google Cardboard app, we also have a list of recommended apps to check out that are built with Cardboard in mind. Also don’t forget to check out Youtube, which has an extensive library of VR videos that you can watch with your Cardboard viewer.

A final word of caution: some apps can’t be found simply by using the official Cardboard app. So if you’re looking for more Cardboard experiences, try hitting up the Google Play store and searching for terms like “VR” and “Cardboard”. You could find some gems in the process.

Ultimately, Google Cardboard is a bit like the wild west of VR, but with its relatively low entry price and the fact that the majority of apps are free, we highly recommend at least picking up a base viewer.