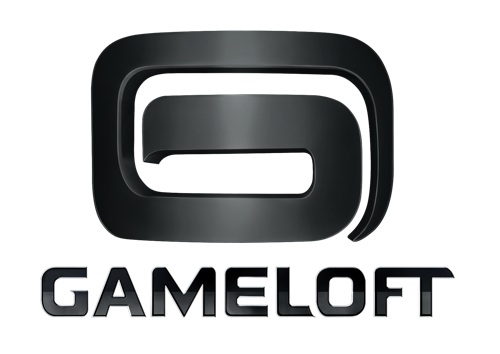 Gameloft and Hasbro are partnering on a mobile game called TRIVIAL PURSUIT & Friends. The game will be for smartphones and tablets, and is aimed at providing trivia fun for all ages.

Trivial Pursuit is one of the most popular board games in the world, but is now finally making it’s way to mobile in the form of TRIVIAL PURSUIT & Friends. The game is basically the same as the original Trivial Pursuit, but brings a new social aspect to it.

Some new features of the game are:

The game is not out yet, but is coming soon. It will be available for iPhone, iPad, iPod touch, Android and Windows Phones.

Gameloft, a leading digital and social game publisher, and Hasbro Inc. (NASDAQ: HAS) announce the launch of the TRIVIAL PURSUIT & Friendsmobile game. One of the most popular trivia games in the world will be soon available globally on iPhone, iPad, iPod touch, Android and Windows Phone. The TRIVIAL PURSUIT & Friends mobile game brings a whole new social dimension to the original game, offering players endless fun with fast-paced gameplay wherever they are. With new relevant content, the TRIVIAL PURSUITmobile game invites everyone to get in on the trivia action.

The TRIVIAL PURSUIT game has been a favorite since the 1980s and the newTRIVIAL PURSUIT & Friends mobile game will let fans enjoy the beloved trivia game with new questions and completely new ways to play! Players will also discover all-new customization options for a fun and social gaming experience on their smartphone or tablet that they can enjoy in short bites.

“The TRIVIAL PURSUIT game is one of the most well-known trivia games the world,” states Gonzague De Vallois, Senior Vice President Publishing at Gameloft. “We’re thrilled to collaborate with Hasbro to bring a new mobileoffering with fun social features that allow fans from around the world to play and interact with each other wherever they are.”

“We have seen the popularity of trivia games continue to rise, and are thrilled towork with Gameloft to offer fans a new way to experience the TRIVIAL PURSUIT brand on the platforms they engage with most.” States Mark Blecher, senior vice president of business development and digital gaming at Hasbro.« The TRIVIAL PURSUIT & Friends mobile game offers our fans new and exciting ways to play, bringing friends and family together in town or across the globe with content everyone can enjoy.”

A leading digital and social game publisher, Gameloft® has established itself as one of the top innovators in its field since 2000. Gameloft creates games for all digital platforms, including mobile phones, smartphones and tablets (including Apple® iOS, Android® and Windows® devices), set-top boxes and connected TVs. Gameloft operates its own established franchises such as Asphalt®, Order & Chaos, Modern Combat or Dungeon Hunter and also partners with major rights holders including Universal, Illumination Entertainment, Disney®, Marvel®, Hasbro®, Fox Digital Entertainment, Mattel® and Ferrari®.

Gameloft is present on all continents, distributes its games in over 100 countries and employs over 5,200 developers.

Hasbro (NASDAQ: HAS) is a global company committed to Creating the World’s Best Play Experiences, by leveraging its beloved brands, including LITTLEST PET SHOP, MAGIC: THE GATHERING, MONOPOLY, MY LITTLE PONY, NERF, PLAY-DOH and TRANSFORMERS, and premier partner brands. From toys and games, television programming, motion pictures, digital gaming and lifestyle licensing, Hasbro fulfills the fundamental need for play and connection with children and families around the world. The Company’s Hasbro Studios and its film label, ALLSPARK PICTURES, create entertainment brand-driven storytelling across mediums, including television, film, digital and more. Through the company’s commitment to corporate social responsibility, including philanthropy, Hasbro is helping to build a safe and sustainable world and to positively impact the lives of millions of children and families. Learn more at http://www.hasbro.com, and follow us on Twitter (@Hasbro & @HasbroNews) and Instagram (@Hasbro).

The iPad Air 4 has arrived, and it's an impressive device. But that won't save it if it tumbles out of your hands. Here are the best iPad Air 4 cases around.
Read more

Arlo covers all the bases with the lastest pair of Essential cameras.What you need to knowArlo has announced two new
Read more