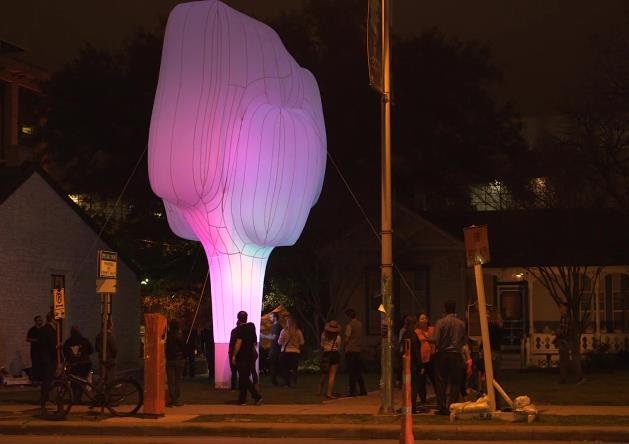 Chaotic Moon needed something to soften its image. The “creative technology studio,” known for stunts like a bitcoin-mining exercise machine and a drone that sprayed paint and flames, was starting to seem a little rough around the edges. So, they started work on Orchard, a giant inflatable and interactive tree built in collaboration with the design firm Gensler. Basically it’s a 30-foot balloon, loaded with sensors, LEDs and speakers. When you poke, push, hug or tackle the tree it responds in different ways. It subtly changes the music, emits tones, displays ripples of color or even just locks into a single shade until you release your grip. The two companies are hoping to work with other partners and sponsors to build an entire orchard (hence the name) of these inflatable trees that will interact with not just the people touching them, but with each other and maybe even social media. For a full explanation from one of the designers, John Houser, check out the video above.