Last year during Google I/O, one topic of interest to Chromecast fans was full support for screen casting from Android devices. Many believed that this would make the dongle much more useful and could open the door to things like better gaming options. Anuj Tandon with Rolocule Games was so excited about the prospects, that he had already started work on a game called Motion Tennis that would enable gamers to use their smartphone as a motion controller while casting the game’s video to their TV via Chromecast. That game has now been officially launched around the world through the Google Play Store as Motion Tennis Cast.

This is no simple tennis game as Rococule includes several features to help keep things spiced up. With practice, players can learn to hit a variety of shots like groundstrokes, slices and lobs and the game’s physics will accurately calculate spin and direction of travel of the ball. Four difficulty levels are included along with grass, clay or synthetic courts. A time attack mode is included so players can challenge other online opponents.

Hit one of the download links below if you want to give Motion Tennis Cast a try. Please be careful though – we don’t want to hear any tales of someone slinging their “racket” across the room and destroying it! 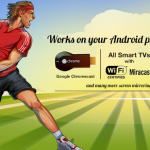 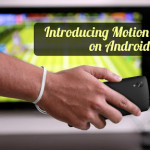 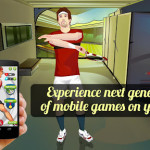 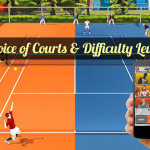 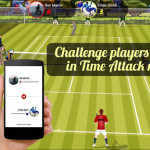 Amazon discounts Beats Solo3 headphones by $64 for the new year

Amazon is offering the Beats Solo3, powered by Apple's W1 chip with up to 40 hours of battery life, at $64 off, lowering the wireless headphone's price to $136.
Read more

Besieged by AMD and ambushed by ARM, Intel needs a CES win

Intel is still the top dog, but the competition has never been so tight. With AMD and ARM closing in, Intel needs to use CES 2021 to make a big impression.
Read more

The Samsung Galaxy S21 is almost here, and it's rumored that the Galaxy S21 Ultra will support the S Pen. That, however, is a bit of a weird idea.
Read more

If a new year means it's time for a new work-from-home setup, then Dell has everything you need.
Read more