Can HTC “sell” the M9 to casual customers? Honesty speaking: can you actually tell which One is which?

Back in January, we asked our staff and readers about the looming realization that the HTC One M9 would look just like the M8; based on leak-after-leak, the unthinkable seemingly became more plausible. As of March 1st, it became reality. Hopes of HTC pulling the most epic case of trolling the tech world had ever seen were dashed in the presence of what looks to be the same device from last year, minus a Duo camera. In this piece, we’re going to take a look at what this means for HTC and why it’s not all bad.

As a quick refresher, leaks in earnest for the HTC One “Hima” began a short while ago via renders from case manufacturer Spigen. In the days leading up to MWC 2015, these leaks had expanded to promotional videos to carrier promotional material. Still, there was the image that so many were convinced was the real M9, or at least hopeful enough to suspect Taiwan’s most famous smartphone OEM was trolling us all by releasing the so-called “M8s” pics.

With the official unveiling now done-and-dusted, we all know the leaks were legitimate, and HTC wasn’t stoking the flames of countless potentially burned bridges in the form of businesses around the world who had bought into a fake promise.

There is one very large problem with the M9’s existence, and arguably this isn’t so much an opinion as it is a sad reality: customer confusion and apathy. We all know the difference, granted. But think about the hundreds of millions of casual customers in the world; it could be your parents, your children’s teachers, the people who deliver your newspaper (assuming anyone reads physical paper these days), anyone really. Think of them, and then consider the following three scenarios:

A. You don’t care about phones nor do you follow them. They are a tool and nothing more. Your 4-year old model isn’t working well these days, so you go to a carrier store to get a new one.

B. Your family member needs a new phone. A casual/mainstream user at best, they don’t care about specs at all.

C. You bought a phone a few months ago and it just broke. You didn’t get insurance and are thus out the money.

Now imagine any given carrier store: The HTC One M8 is available for free on a two-year agreement. The HTC One M9 costs $199 for the same. You look at both; the cheaper One has two cameras, the other has a single One. 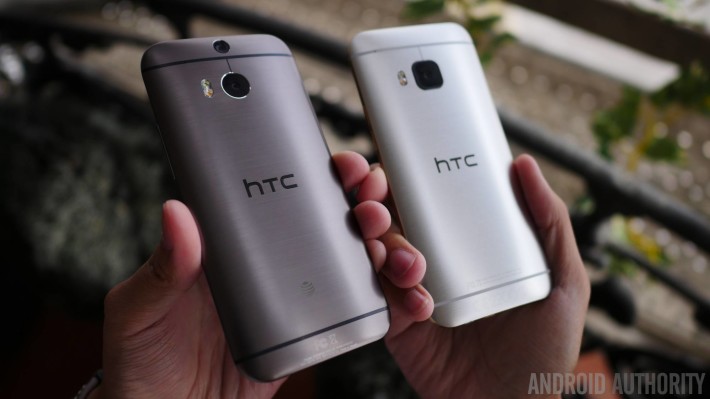 Decision: Which do you chose? As much as some might deny it, the demands of life dictate that people will chose the free model, hands down, especially if the so called “new” model doesn’t look the slightest bit different. Make no mistake, this isn’t Apple wherein a casual consumer might be tempted to get the newer model just because they know Apple. This is Android, there are dozens of devices, and HTC is just one of the many companies selling one from a country far away. Money is always an issue to all but the most extreme enthusiast.

These are but three scenarios; imagine an infinite number more. Now consider what are, arguably, the only two wherein someone might actively buy an HTC One M9:

1. You love HTC. Money is irrelevant.

2. You must have the latest and greatest. Money is irrelevant.

Granted there can be numerous variations of these situations as well, but there is one key factor here: extreme minority. The specific “niche” needs of those with cash to burn don’t match those of the masses, and therein lies the problem HTC faces: it has just started to recover from a prolonged period of financial dismay, and the last thing it needs to do is alienate mainstream customers, the very individuals who can “fix” its cash flow troubles. Were the M9 to look different, it would immediately be taken as a “legitimate” new product by all those who don’t care about the difference between a Snapdragon 800 and an 810; the consumers who don’t snap photos constantly. 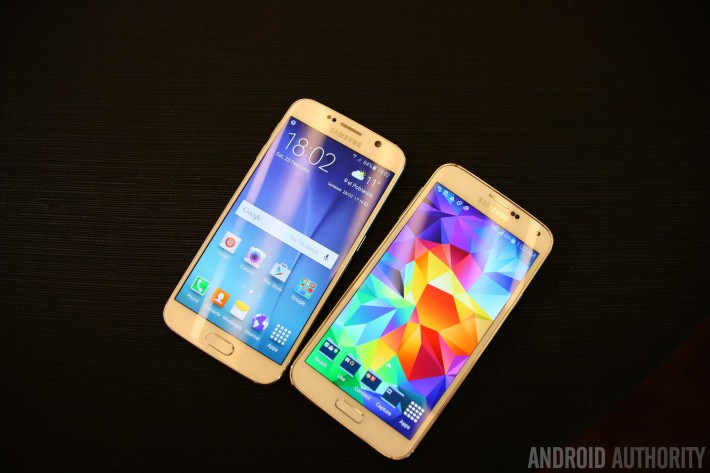 While not so different from the front, just a few seconds comparing the two will reveal night-and-day build differences.

Now on the other hand, let’s revisit the same carrier store and take a look at say, the Galaxy S5 vs the Galaxy S6. The difference is night-and-day to say the least. While one might argue the S6 isn’t as beautiful as the M8/M9, it doesn’t have to for people to notice. The fact that the S6 has a QHD SAMOLED screen is a major sales point, as could be other elements like the fingerprint sensor, bio-metric reader, and more. Even if customers don’t understand what these mean or how to use them, marketing trumps sensibility more often than not. 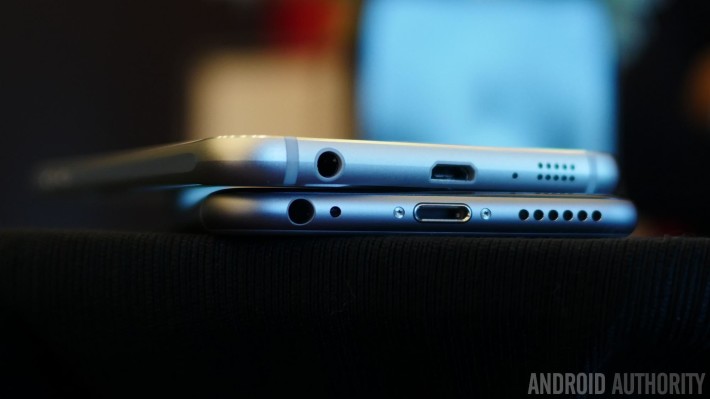 This post’s second riddle: try to guess *these* two apart.

Ah yes, the final thing Samsung has going for it, ironically speaking: The Galaxy S6 looks a bit like that phone. You can bet your britches that at least some mainstreamers will actively seek to purchase the S6 for its similarities.

Many of you will recall the infamous real HTC One M9 picture that @evleaks published, and which was subsequently used by case manufacturers in their own leaked renders. Here’s a reminder: 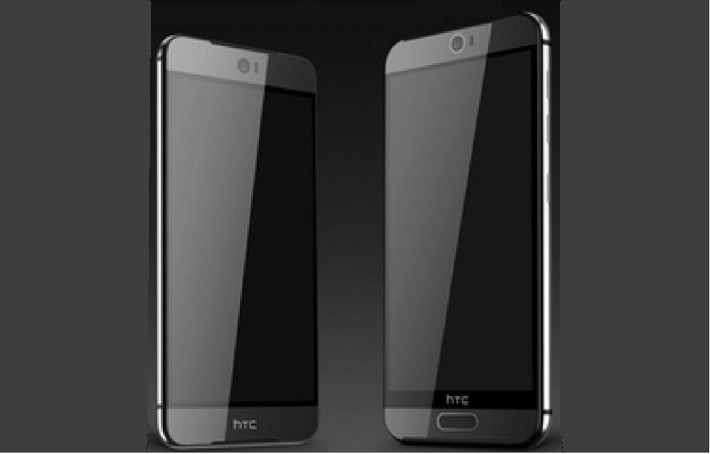 While engineering and manufacturing limits might have rendered this pair of concepts an impossible concoction, at the very least, they look different from what the real M9 ended up looking like. Heck, they arguably look different from just about anything out there, yet still have that HTC feel to them. In an effort to determine just how many people liked this (now) fake design better, I ran a small survey on Google Plus. The question: was the evleaks render preferable to the real product.

As of the time of publishing this story, 135 people responded and 75%, an overwhelming majority, said yes, they liked the fake render better. Is this a massive sample size? Obviously not, but at the very least it is one way of substantiating a belief that even fans aren’t necessarily happy with the design choice. 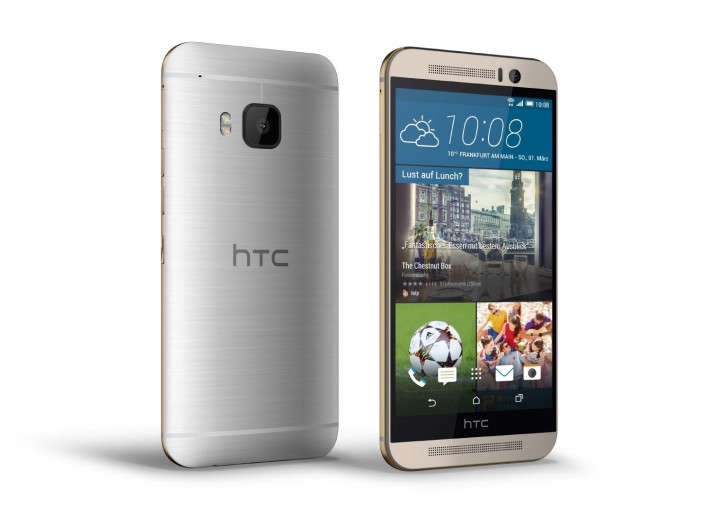 This dual-tone color combination definitely is eye-catching to say the least!

While this opinion has been of a largely negative tone, there are a few important things to keep in mind. For one, the M9 is by no means an ugly or underwhelming phone. The body may be recycled, but it’s still a stunning piece of design in 2015, and with the Duo Ultrapixel camera set up now gone, the phone need no longer be plagued by rampant criticism of the picture potential. In fact, here’s a checklist of just why the M9 is such a significant improvement as compared to the M8: better CPU and graphics, more RAM, better camera, bigger battery, more LTE bands, new colors, Lollipop out-of-the-box, and it’s even slightly smaller/lighter.

HTC also has the benefit of possibly drawing in customers who were on the fence about the Galaxy S6. Maybe Samsung’s decision to remove microSD support or replaceable batteries has irked them. Perhaps the S6 doesn’t look different enough from the S5. This could be said about other OEM’s offerings as well.

Truth be told, just about the only thing (arguably) not good about the HTC M9 is its reused design: with all the improvements contained inside the premium build, there is absolutely no question this is a brand new, state-of-the-art flagship that can hold its own among rival products.

For the full break-down of spec comparisons between the M8 and M9, please see our comparison coverage here.

Let us know your thoughts!