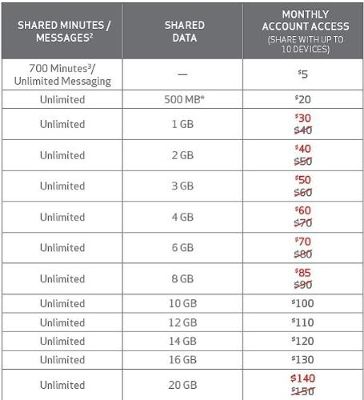 Verizon today announced (via Re/code) that it is planning on dropping the price of most of its More Everything data plans by $10 per month, making its service offerings more appealing in the increasingly competitive cellular market.

The revamped pricing tiers are available to both new customers and existing customers, but current Verizon subscribers must go to the MyVerizon site on Thursday to opt in to a new plan to get the discount as their bills will not be updated automatically.

Most recently, T-Mobile announced a “Data Stash” program that allows customers to save unused data for up to 12 months. Sprint has also been offering aggressive promotions and discounts in an effort to draw customers from AT&T and Verizon.