Samsung is working on a second generation Galaxy Tab S 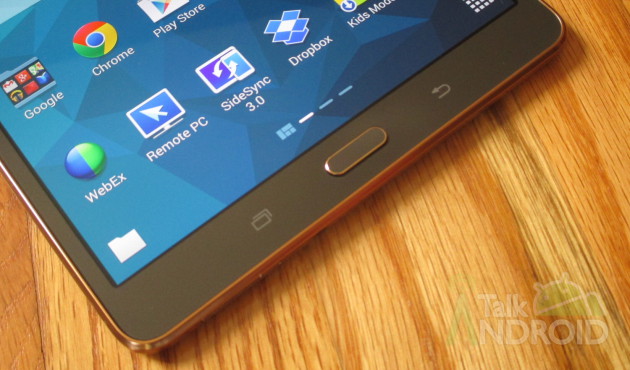 According to a new report published online earlier today, Samsung is busy designing a second-generation Galaxy Tab S. There’s allegedly two new variants on the way — the SM-T710 and the SM-T810. The devices are expected to be revamped 8.4- and 10.5-inch models of the current slates, so it looks like we’re not going to be seeing at any major changes.

With regards to hardware, the only difference we expect to see between the new and old Galaxy Tab S is an updated processor. The original Tab S features some top-of-the-line internals, but Samsung’s Exynos 5420 CPU is on its last legs and just isn’t powerful enough to run a 2560 x 1600 display.

Previous experience shows that the 10.5-inch Galaxy Tab S tends to lag quite a bit when it comes under intense pressure from a game, or even opening a packed multitasking menu, but, thankfully, this is an easy issue to overcome. If Samsung were to install a Snapdragon 810 chipset in the unit, it would be more than capable of powering the display and give an improved user experience all-round.

If your expecting to see these new devices at MWC next month, your going to be a tad disappointed. It’s way too early for their release as they’ve only just entered their internal testing phase, but we suspect they’ll hit the market some time in Q2 of 2015.

Come comment on this article: Samsung is working on a second generation Galaxy Tab S

This Dell laptop is only $350 today, and you should buy it NOW