Home News iPhone 6 Plus Owners Use Twice as Much Data as iPhone 6...
News 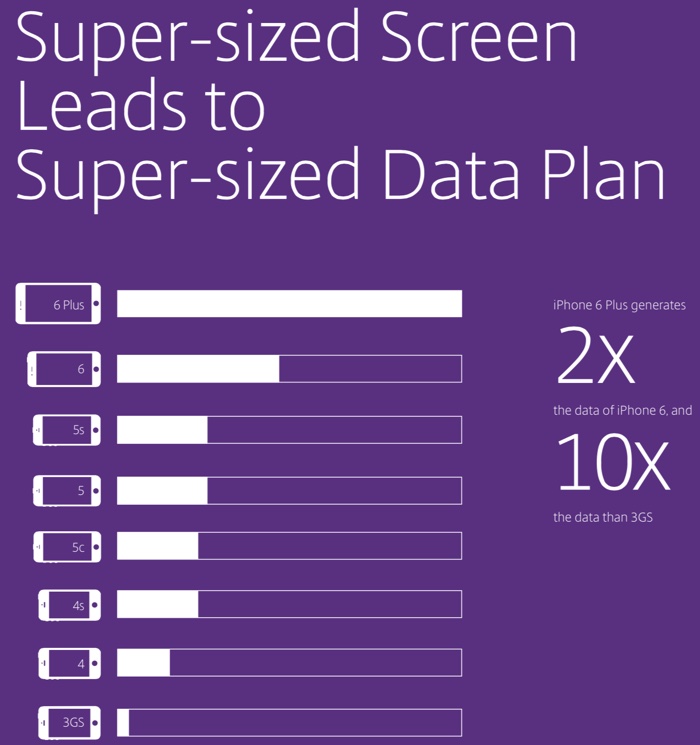 There’s a new mobile analytics report out from Citrix [PDF] and it’s filled with interesting data on mobile usage, including a tidbit that suggests iPhone 6 Plus owners use far more data than other iPhone owners.

Citrix suggests that the higher iPhone 6 Plus data usage is due to its users treating it like a tablet, consuming more media like streaming movies on the device.

iPhone 6 Plus subscribers generate the most data volume, double that of an iPhone 6. This increase impacts subscribers when choosing a new device — be careful to select a data plan that matches your super-sized screen.

Other details covering all smartphone usage (not just iOS) suggest that interest in mobile health apps is on the rise, with 78 percent of mobile health app users using fitness apps. Sports video watching on mobile devices is up from 21% in Q3 2014 to 50% in Q1 2015.

The report also has an enterprise section, which confirms that iOS is still the dominant mobile platform. iOS devices are responsible for 64 percent of devices managed in the enterprise, compared to 27 percent for Android and 9 percent for Windows Mobile.