HomeNewsCheers, TUAW: Thank you and fare you all well!
News

Cheers, TUAW: Thank you and fare you all well! 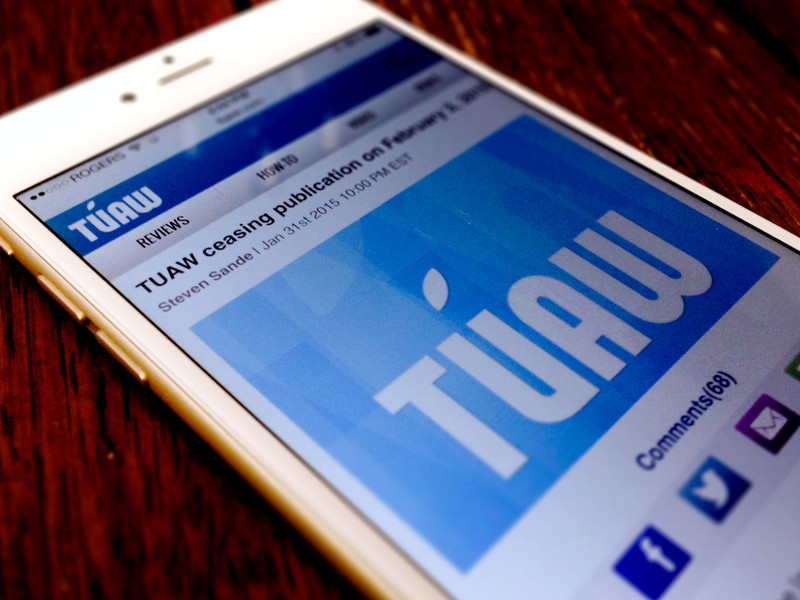 Six year ago I arrived in San Francisco ready to cover my first Apple event — Macworld 2009. It was Apple’s last appearance at the show, Phil Schiller was giving the keynote instead of Steve Jobs, and my then-boss, Dieter Bohn, wasn’t coming in until later. I was alone in a new place, doing a new thing, and totally unsure how to go about any of it. Then I chanced upon the folks from TUAW.

It was Mike Rose who came over and said hello. He’d recognized me from my Twitter avatar, apparently, and had taken pity on my deer-in-the-headlights gaze. He and they couldn’t have been kinder, more generous, or more welcoming. (I was more than a little star struck; I’d been reading TUAW for years). We ended up at a late night screening of Avatar with Dave Caolo, and a bunch of other The Unofficial Apple Webloggers , and it totally de-stressed what could otherwise have been a very stressful introduction to the Apple community. I will be eternally grateful for their class and generosity.

I met the astonishing Christina Warren, Nik Fletcher,Steve Sande, Victor Agreda Jr., Bret Terpsta, Kelly Guimont and many other TUAW-luminaries past and present that week and at events that followed, and every one of them, every time, was informative, inspiring, and just plain fun.

So, when it was announced that AOL is killing TUAW off effective Tuesday, February 3, 2015, I very quickly went through the 5 stages of internet grief.

TUAW’s content will be preserved in archival form on Engadget. The confluence of unique and outstanding people who made up TUAW, however, will move on and their voices will continue to grace the Apple community.

I look forward to seeing what’s next for them, even as I raise a glass for what was.

Cheers, TUAW team. You will be missed!

From around the web:

The UFC was great last night, even if the main event wasn’t as intense as it could have been. Have a happy Super Bowl, folks, if an as you choose to enjoy it!

Facebook
Twitter
Pinterest
WhatsApp
Previous articleSamsung dual edge display design patent surfaces, along with a mysterious pop-up panel
Next articlePhoneSoap promises to zap the bugs on the surface of your smartphone
- Advertisment -