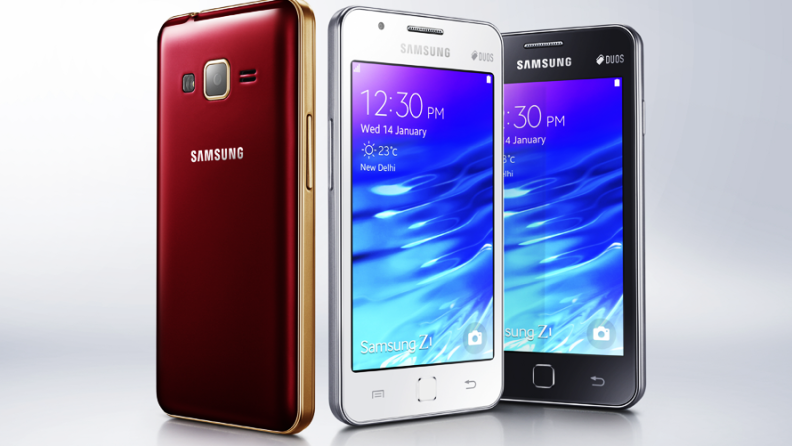 Samsung has launched its first Tizen powered smartphone for India, the Samsung Z1. The 4 inch device is very low-end, presumably to hit the target price point. At its heart is a 1.2GHz dual-core processor, it has 768MB of RAM and 4GB of internal storage. There is also a 1500mAh battery, which although it sounds small, is probably reasonable for a device with a 800×480 resolution display. In terms of cameras the Z1 comes with a 3.1 megapixel rear camera, and a VGA front camera with an auto face detect feature.

Besides the underwhelming specs, the big thing here is that the phone runs Tizen 2.3 and not Android. To make a Tizen based phone more attractive Samsung has gone to great lengths to bring some value-add to the Z1.

Users of the Z1 will get access to “a wide range of free entertainment content spanning across categories such as music, movies, videos, mobile TV and radio.” Samsung will also launch a free entertainment package called ‘Joy Box’,  that gives Z1 users access to music, TV and movies. Samsung has also partnered with Hungama.com to deliver a wide selection of music available for streaming and downloading. 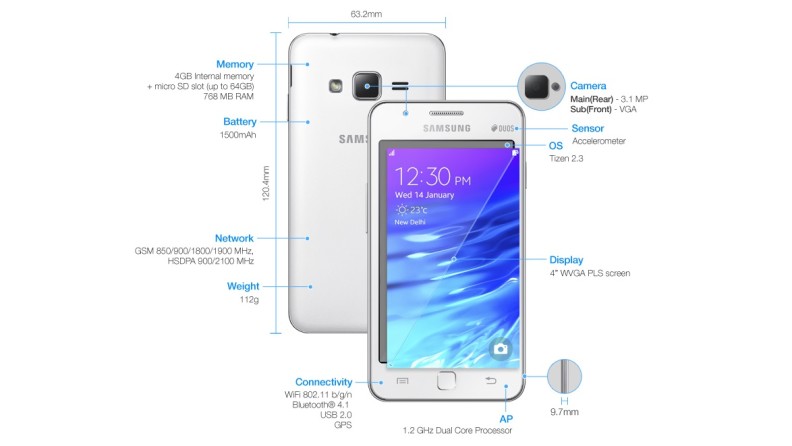 The Z1 also includes a SOS alert feature. If you press the power button four times, the handset will send out a ‘Help’ message to the user’s primary contacts and track the device’s location to provide necessary assistance.

As Mr. Hyun Chil Hong, President and CEO, Samsung India Electronics put it, “We have customized the Samsung Z1 to meet these unique, entertainment-focused needs of local Indian consumers for a personal and reliable mobile experience.”

The Z1 is a 3G device and works with India’s Reliance Communications and Aircel networks. The Samsung Z1 costs INR 5,700/- (just under $95) and will be available in India from January 14th in White, Black and Wine Red.

Since Samsung has similarly priced Android phones, what do you think is Samsung’s strategy with Tizen?