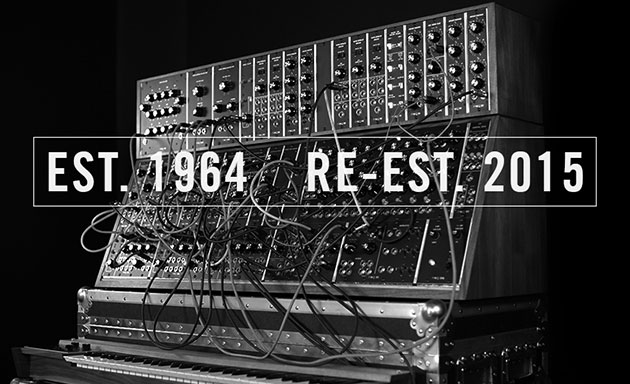 In 1973, Moog first began manufacturing its huge large format modular synthesizers that pack a wall of knobs, patch cables and other controls. The System 55, System 35 and System 15 went out of production as musicians desired to have something a bit more portable, but just before the start of NAMM 2015, the company announced those giant setups are coming back. Last year, the folks at Moog remade Keith Emerson’s (of Emerson, Lake & Palmer fame) modular system, and during the three-year-long process, learned a thing or two about recreating the original 1970s circuitry. Similar to Emerson’s model, the new System trio will be “a true recreation of the original,” using the decades-old schematics to accurately reproduce the specs — right down to all of the hand soldering, traditional wiring and photo-etched front panels.

Why revive those iconic instruments now? Well, as Moog puts it, “Artists had only begun to grasp the vast possibilities of these large format modular synthesizers when they went out of production over thirty years ago.” The interest in classic modular instruments has certainly grown, and it seems a number of folks are anxious to get their hands on one to explore that untapped potential. As you might expect, these instruments will be in limited quantities with 55 of the System 55 ($35,000), 35 of the System 35 ($22,000) and 150 of the System 15 ($10,000). In order to properly celebrate the return of its large format synths, Moog has a short film that discusses the trio’s importance, and you can see it just below.