LG has its own dual curved-edge display in the works 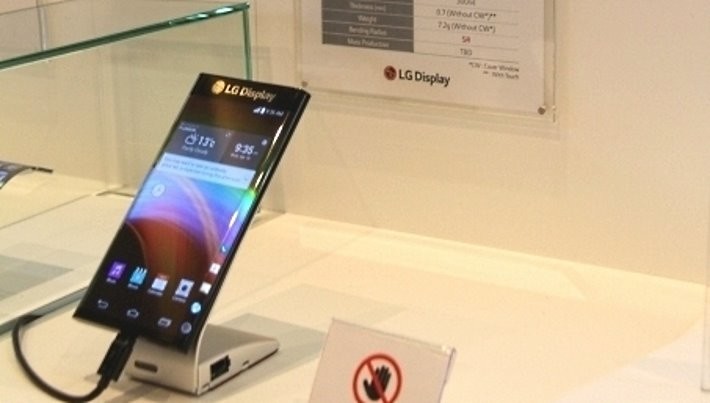 When Samsung unveiled its Youm screen prototype at CES 2013, few could have imagined the product that would make use of it, much less having it so “soon” (assuming an almost two year wait is considered quick). Now that the Galaxy Note Edge has already came and went (save for Verizon customers), everyone has turned their attention to rumors suggesting the upcoming Galaxy S6 will have a “limited edition” variant with double dipped displays. While all this chatter is nothing more than a pipe dream at the moment, LG Display has actually gone and made a screen with symmetrically sliding slopes: 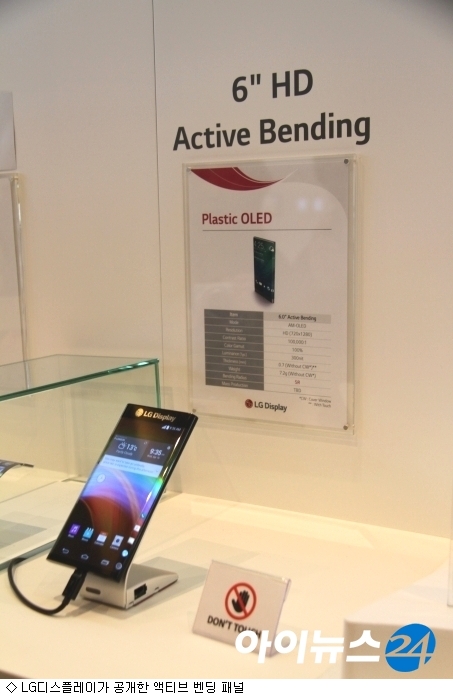 According to the source of the story, Korean site, inews24, this was just one of many products LG Display offered privileged industry leaders behind closed doors at a special CES 2015 meeting.

Aside from the obvious potential to steal Samsung’s (yet to materialize) thunder, the idea of a new type of foldable P-OLED panel shouldn’t come as a surprise given this report on LG Display from this past November. What is of perhaps greater interest, however, is the fact that LG has apparently decided to literally mirror the Galaxy Note Edge’s design point. 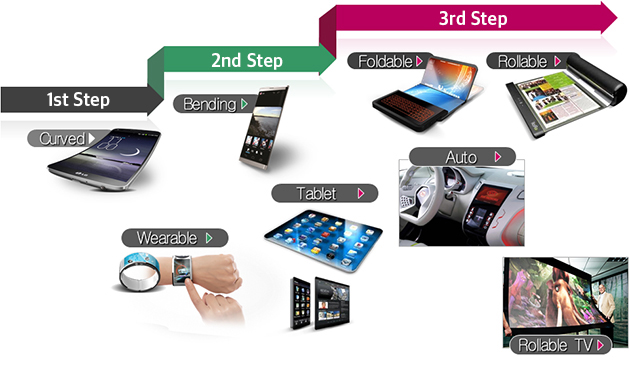 LG Display had previously offered this product road-map back in November 2014.

Something else to be aware (or perhaps alarmed, as it may be) is the size factor: the pictured prototype is clearly labeled as a 6 inch panel, just as the original G Flex was. Just days ago LG unveiled its G Flex 2 which shrunk the screen size to 5.5 inches, but cranked up the resolution to a full 1080p. As can be seen in the background of the above picture, the display panel used for this curiously curved creation is just a mediocre 720p, perhaps suggesting that LG Display has troubles manufacturing sloped-edge displays of a higher resolution.

While nothing has been officially outed by LG or LG Display yet, chances are good that sooner-or-later something more substantial will leak. The probability of that will increase exponentially should the rumors of Samsung’s Galaxy S6 Edge variant pan out to be true.

So now that there is semi-official proof of a dual-bended display, does anyone think this might be a good concept model, or is it pushing the envelope a bit too far?

Don’t break the bank with these Android phones under $200