HomeNewsGoogle wants to help you customize your Project Ara device with the...
News 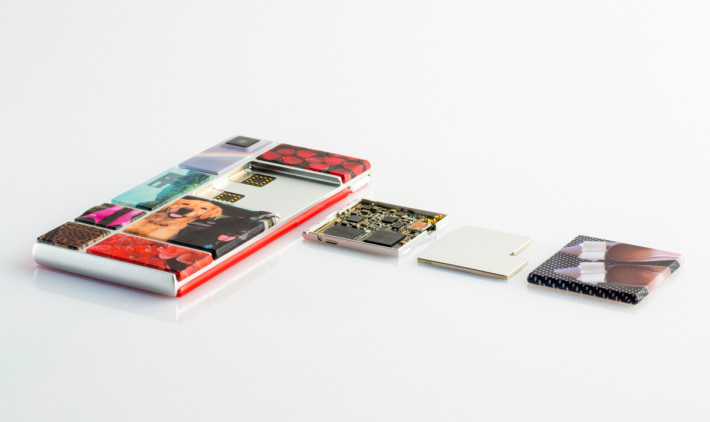 Earlier today, Google held their second developer conference for Project Ara. During the keynote, the company made available the Modular Developer’s Kit v.2 which includes update framework, software and firmware for the Spiral 2 prototype device. Over the past few months, we’ve heard that Ara will be sold in an online marketplace where users will go to assemble their own Ara smartphones. During the tail end of the conference today, Google’s Jason Chua demoed the Ara Configurator app which will allow users to customize their modules, much like we’ve seen with Moto Maker.

The marketplace will make three components available: the endoskeleton, modules and external shells. Users will be eventually be able to find modules they’re fond of, and save them to their online ‘Stashes’. If you want Google to customize your phone for you, there’s an option called ‘simple phone maker’, that will one day create a device specifically tailored to your likes. Chua explains that we may be able to eventually connect the app to social networks, which will allow the Ara Configurator to analyze your social network feeds and recommend different modules to you based on your interests. And yes, you’ll also be able to customize the looks of modules themselves by adding custom images or colors to them. I think we can all agree that a Moto Maker-style website is the best way to sell modules for Ara.

If those updates weren’t enough for the Project so far, Google has also released a new promotional video showing what the final product may look like. Take a look below: