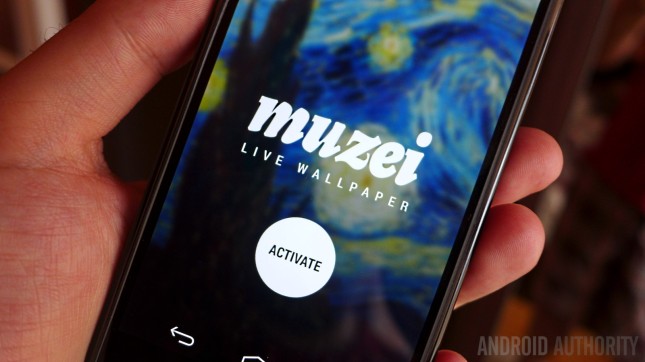 With Google’s recent announcement of the new 5.0-based Android Wear update, we’re starting to see developers release custom watch faces with the newly announced API. Apps like Facer and now Paper have already received the update, and Muzei, one of our favorite live wallpapers for Android, is next on the list. Muzei version 2.0 brings visual enhancements for Lollipop, improved panning behavior and an Android Wear watch face.

It’s been awhile since we’ve seen an update to Muzei, and we’re sure the changes that version 2.0 brings are welcome to most users. Here are all of the features the new version brings:

Since the Wear update hasn’t reached anyone yet, you might be wondering what the Muzei watch face looks like. Roman Nurik, the developer of the app, posted a picture of it on Google+ earlier today. Also, if you’re thinking you don’t have enough Muzei in your life quite yet, you can join the new Muzei Google+ community.

We’re loving the update so far, and we can’t wait for the Wear update to try out the new watch face.

Get now on Google Play!