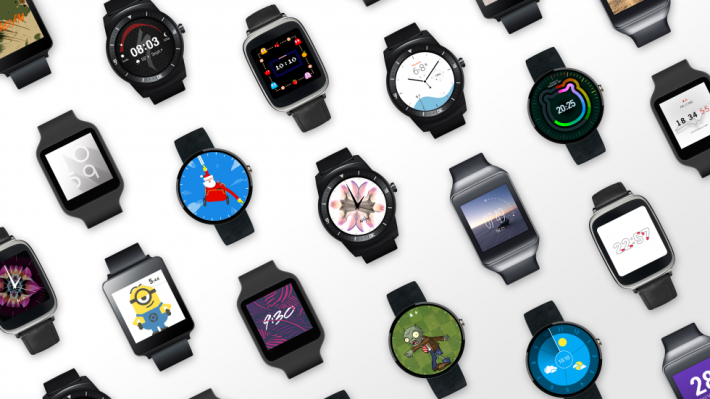 Now that pretty much all Nexus users have received an update to Android 5.0 Lollipop and even 5.0.1 has begun to roll out, many were wondering when Google’s Android Wear offerings would follow suit with a Lollipop-based upgrade of their own. Thankfully, Google has now announced that the time has finally come! Over the next week or so Google will be pushing out an update to all AW watches, as well as the Android Wear app.

The big focus of the new Android 5.0-based update is the addition of official watchface support through the long promised watchface API. As for the Android Wear companion app? Google says the search giant will be adding features designed to make it easy to browse, download and swap out new watchfaces from within the app, as well as away to see battery usage and storage stats.

Although we’ll need the Android 5.0-based update in order to take advantage, Google has already put up a new collection that showcases some of these new watchfaces, including paid and free options that come for all sorts of partners including Pac Man, Red Bull, Despicable Me, Rebecca Minkoff and others. Developers interested in getting involved can find out more details via Google’s development blog.

In addition to watchface support, the latest version of Android Wear’s software will also include the ability to bring back cards you’ve accidentally dismissed, a way to quickly access numerous settings, new viewing modes, the ability to block notifications from within your watch, and plenty of other improvements that should bring more polish to the Android-powered smartwatch experience.

For those still on the fence about Android Wear, does the upcoming update make you a bit more excited for the future of the platform? I know I’m personally very excited to test it out, once it arrives to my Moto 360.