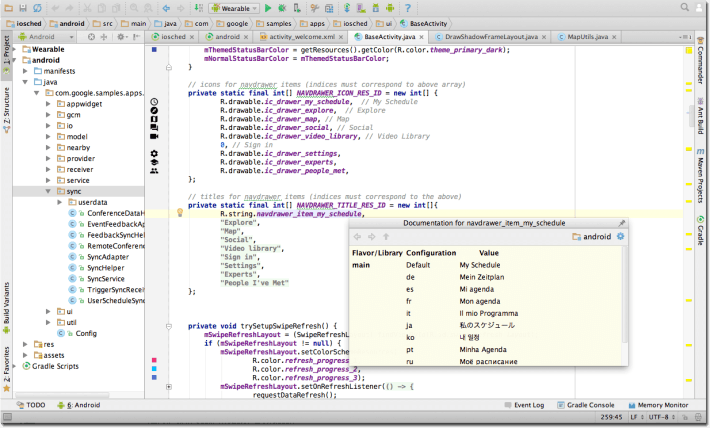 Google first announced Android Studio during I/0 2013 and now, after two years of development, it is finally ready to leave the beta tag behind. Android Studio 1.0 is the first stable version of its IDE (Integrated Development Environment) for Android developers and is compatible with Windows, Mac and Linux PCs.

Android Studio is built on the Java-based IntelliJ IDEA Community Edition by JetBrains and aims to provide an all-in-one development experience that’s faster and smoother than existing options. The studio includes features such as an intelligent code editor, GitHub integration, code templates, virtual devices for all different shapes and sizes, app dependencies management with Maven and more. It’s also worth noting that AS’ first stable build adds a few changes from previous release candidates such as a First Run Setup Wizard.

For developers, the implications here are pretty obvious: easier development thanks to a better set of tools. As for non-developer types? While releases like this don’t directly affect us, in the long run Google’s commitment to developers benefits us by making our favorite developers’ lives easier so they can focus on creating more amazing apps.

For more details on Android Studio 1.0, be sure to check out Google’s blog post as well as the developer support page.