HomeNewsGame of Thrones by Telltale Games brings war to the Google Play...
News 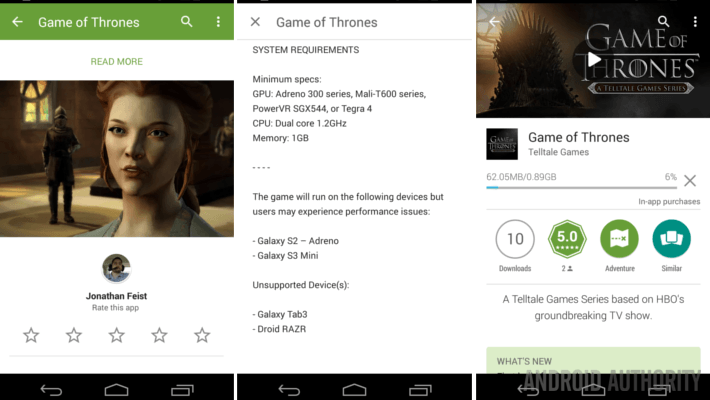 Fans of the HBO series Game of Thrones that have been waiting for a new game to hit for Android can now celebrate. Wasting no time in making it to Android, Telltales Games has released Episode 1 of their Game of Thrones adventure game.

Game of Thrones (A Telltale Games Series) is available now for $4.99 in the Google Play Store.

The game is based on the world of Westeros as depicted in the HBO television series, which is, of course, based on the books by George R. R. Martin. You take on the decision making role of House Forrester, a northern noble family loyal to Winterfell, and what remains of house Stark.

As with the Walking Dead Telltale series’, you get to control various characters along a ‘choose your own adventure’ story line. The decisions you make will influence the flow of the game, I mean, flow of the story. As you may imagine, staying true to the vision of Mr. Martin, a character or two may meet their end along the way. Hopefully you can make the right choices to make it to the end yourself, without loosing many of your friends. Best remember to make a few game saves along the way, just in case. 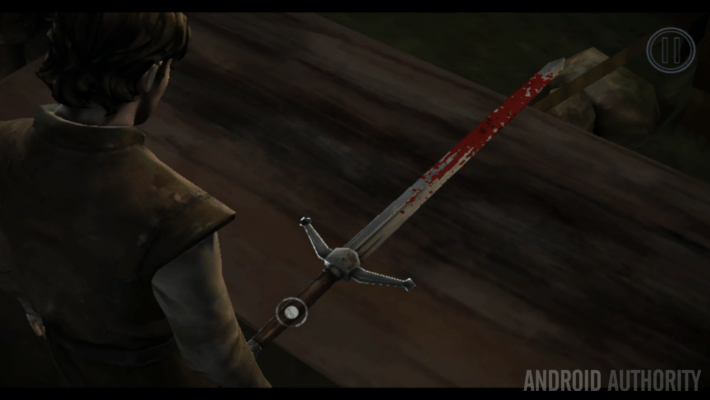 Telltale Games like to create an immersive world for you to explore, with beautiful drawings and animations, plus, they have enlisted the actors from the show to voice their own characters. As such, you are going to need at least an Android 2.3.3 device with mid to high end specs to proceed. Just to see how it would work, I’ve installed on a first gen. Moto G and it works just fine. A couple stutters here and there, but not so much to ruin the experience.

Game of Thrones will have six episodes, and each will cost you at least a few dollars. Episode 1, as is available right now, will run you $4.99, but the Google Play listing shows in-app purchases valued at $19.99. I hope you’ve been saving your Google Opinion Rewards. Being that the game is best experienced when you are using headphones, you may want to check back on our best headphones of 2014 listing, and maybe there are still a few deals to be had as well.

Grab Game of Thrones, a Telltale game series, for $4.99 from the Google Play Store and remember that the game is no more family friendly than the show, with profanities and a brutal death, or ten, within the first few minutes of the game. Stay tuned for future episodes and possilby the television series itself on your Android device with the upcoming HBO standalone streaming service.

Is a Game of Thrones game enough to get you to drop $5 on an Android app?