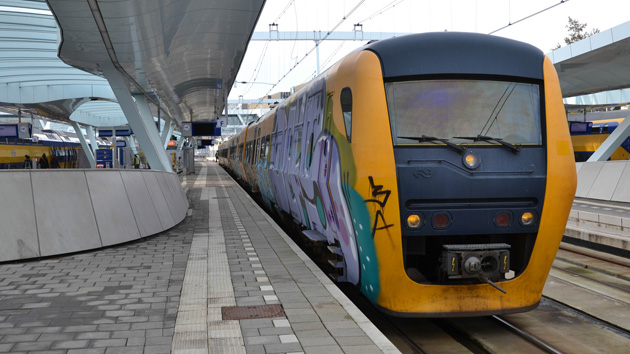 You might not see leaves as hazards, but train operators would beg to differ — foilage on the tracks not only makes it harder for trains to stop, but messes with anti-collision signals. The greenery might not be much of a danger for much longer, however. Dutch Railways is testing a laser system that zaps leaves (and other organic material) before it reaches the wheels, keeping the tracks clean. You can already use water jets and sand gels to do this, but they have limited supplies and sometimes damage the rails. The lasers run so long as the train has power, and they actually help the metal by drying it and preventing leaves from sticking.

The technology’s readiness depends on conquering problems with vibrations, which can throw the laser off. The Dutch system (developed by Strukton Rail) turns the laser off when it’s going to miss the track. It’s also useful only at speeds under 50MPH, so you won’t see high-speed trains scrubbing the tracks in mid-trip. Still, even this limited implementation could be useful. Safer tracks not only protect passengers, but minimize the delays needed to clean the tracks. Eventually, you may never have to worry that autumn weather will sabotage your travel plans.