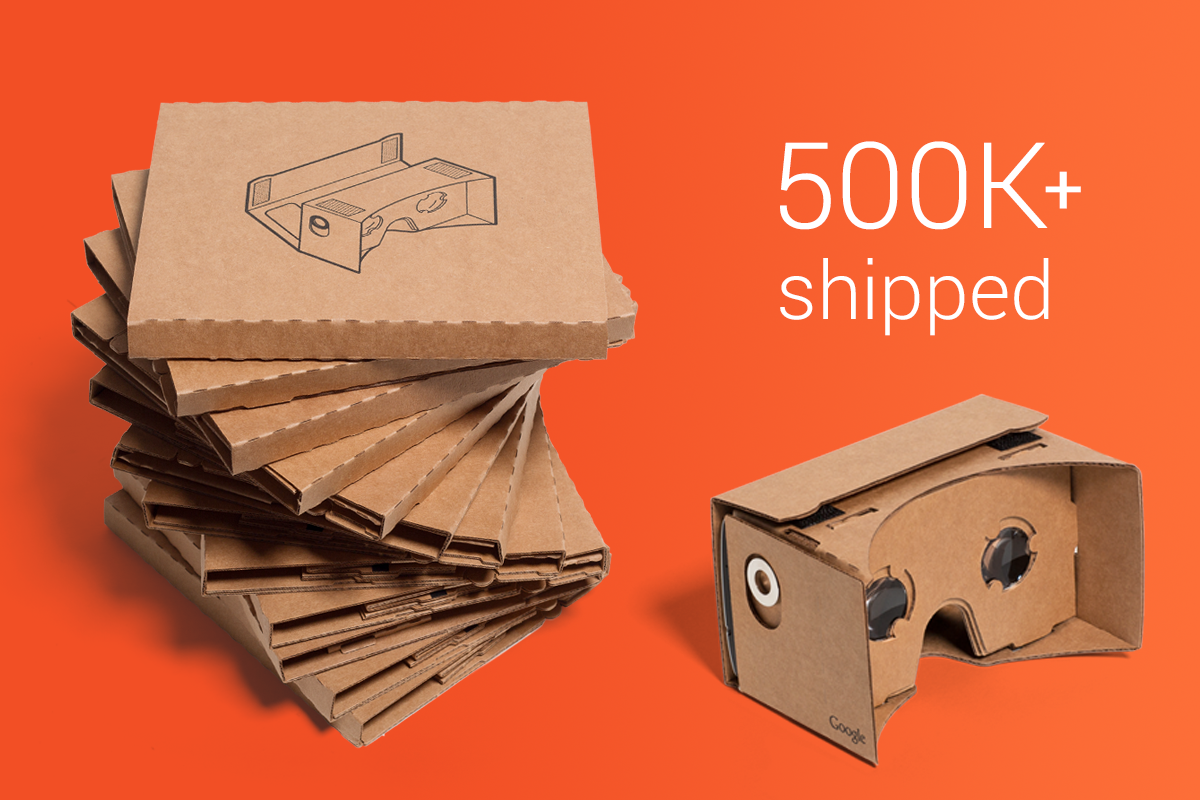 When Google announced, and subsequently handed out, kits to make your own virtual reality headgear out of cardboard, some people laughed wildly. It was quirky, but served a much larger purpose in reality. It allowed us, the consumers, to use our current devices and play around with the VR concept a bit more without shelling out huge bucks to do so. You could buy the kits from a number of sources, like DODOcase or Unofficial Carboard. Particularly handy if you had no desire to buy the parts required, even though Google listed them out with links to order.

Since the release though, Google is reporting more than 500,000 Google Cardboard kits have shipped. That is a ton of cardboard in the mail. I wonder, did it come in a cardboard box too? Moving right along. Today Google has announced some news about Cardboard that goes beyond the volume of kits shipped. Starting today, there is a new dedicated collection page on the Google Play Store that lists out some of Google’s favorites. 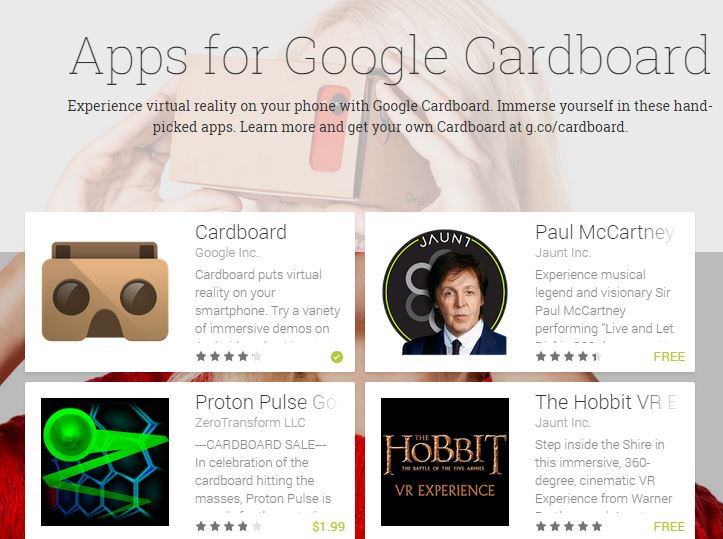 On the developer front of today’s announcement you guys will be happy to know that there is now a Cardboard SDK for Android and Unity. That should help you guys out immensely when working to build fun, educational and interesting new apps and games for the Cardboard experience.

If you want to make your own for your self, or to sell online, you will be interested in the new revamped Cardboard v1.1 instructions that have been published. This time around Google put in special consideration for the manufacturing side of things for those that use die-cutters and laser cutters with a set of specifications for each.

Finally, the Google Cardboard app its self is updating today as well. Now moving to v1.3. The blog post about all the goodies with Cardboard didn’t get into details about the Cardboard app update, other than it was updating. After updating I did see there is a new launch screen that lets you open the demo Cardboard app and the ability to go straight to the dedicated Cardboard collection section of the Play Store though. 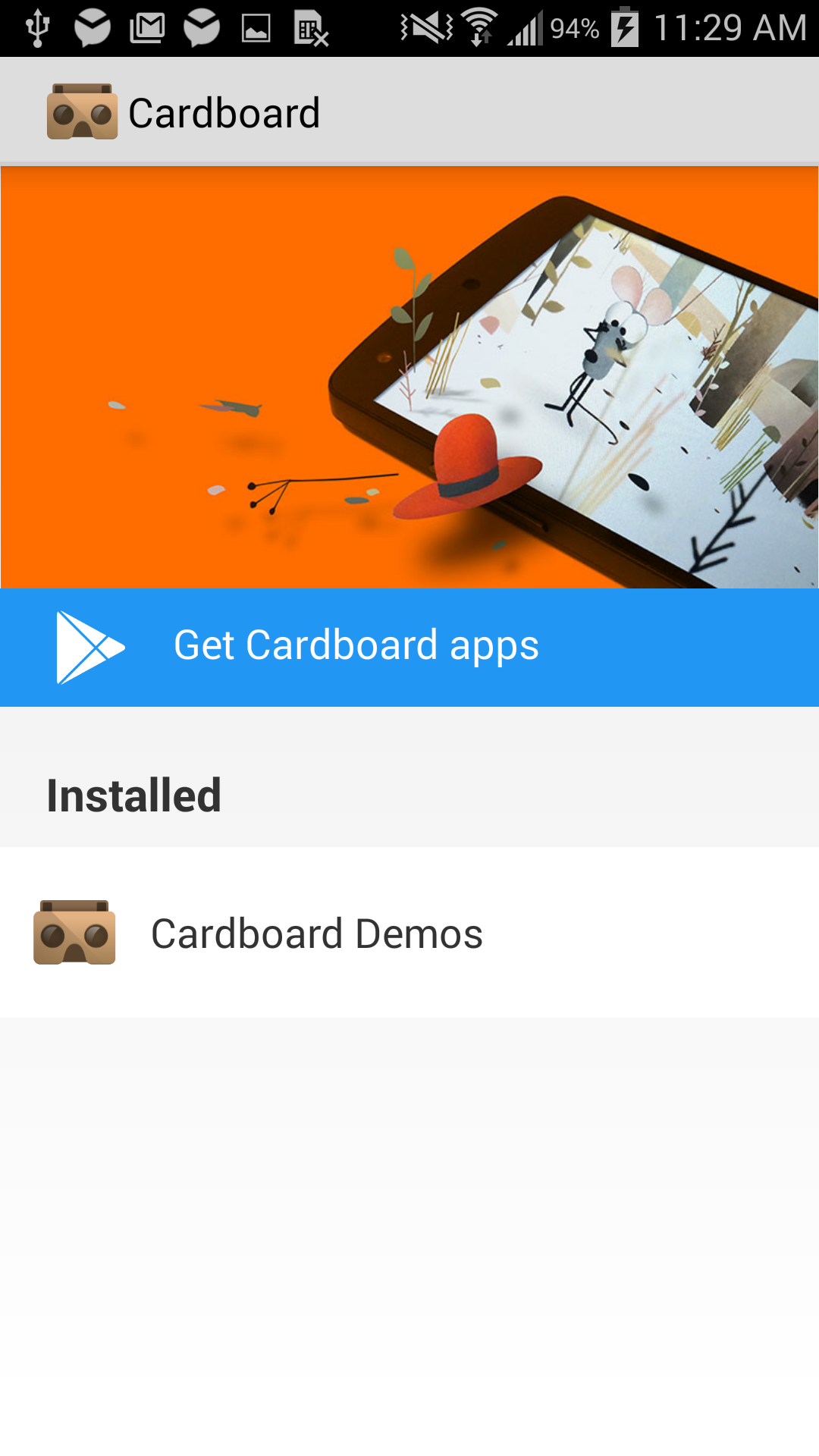 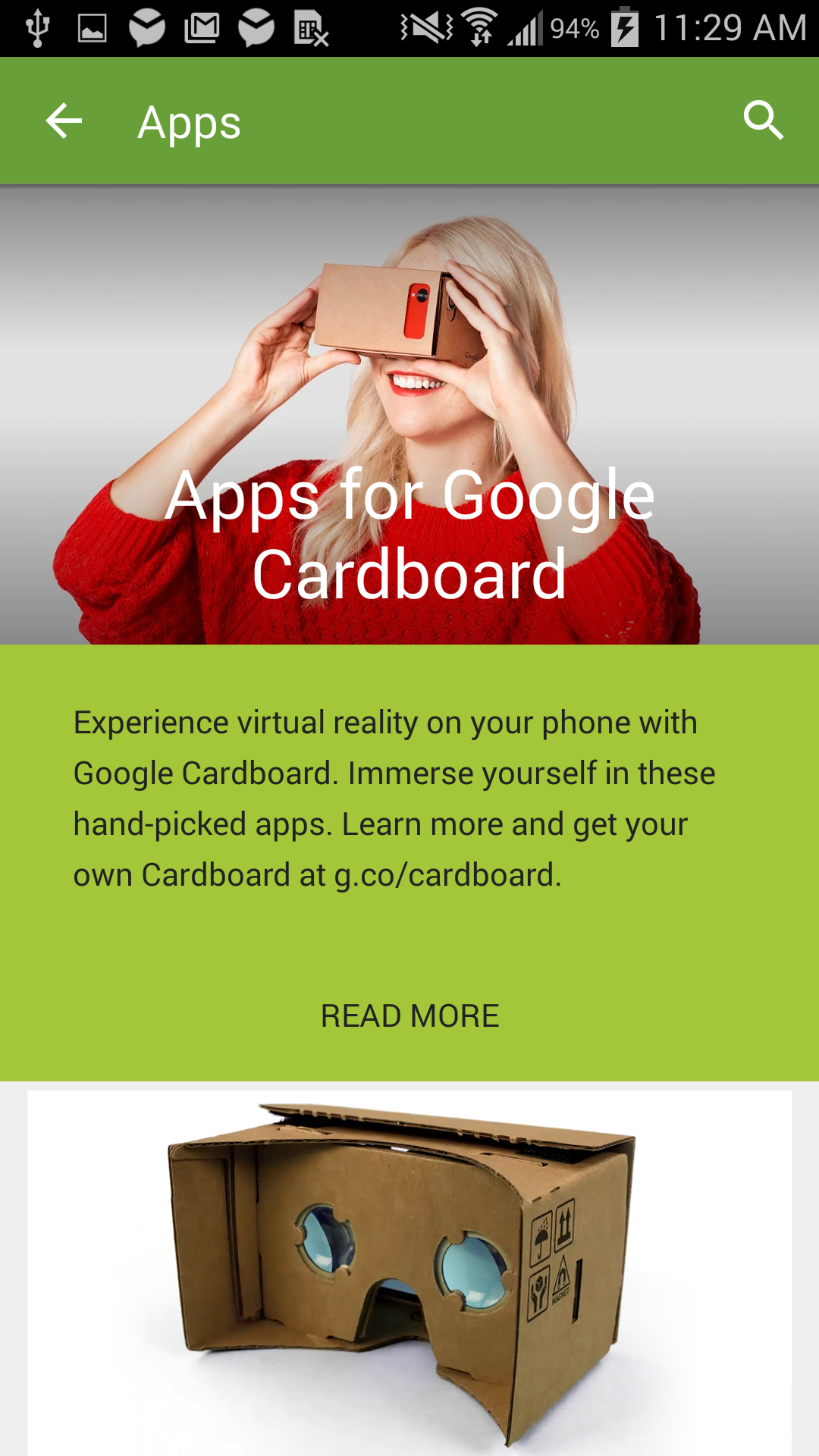 If you are a current Google Cardboard owner be sure to check out the update. It is rolling out through to the Play Store today.