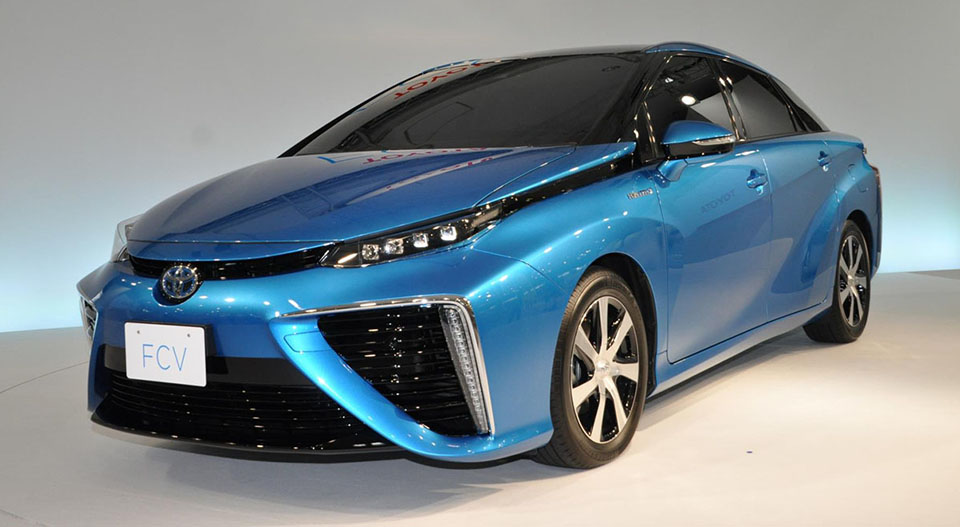 Toyota’s $69,000 fuel cell vehicle (FCV) coming next year is called the Mirai and will have a network of hydrogen stations in the US Northeast to support it. The Japanese automaker proclaimed that “the future has arrived,” (Mirai means “future” in Japanese) which may make the thousands of people who’ve owned a Honda FCX Clarity FCV since 2005 gag. But despite being late to the game, Toyota is now making a huge bet on FCVs. It has teamed with Air Liquide to build 12 hydrogen stations in New York, New Jersey, Massachusetts, Connecticut, and Rhode Island. The stations will be “strategically placed” so that drivers of the 300-mile-range Mirai can tool around the region without (much) range anxiety. Previously, Toyota said that 19 hydrogen stations would be installed in California.

Ironically, Toyota’s announcement comes at the same time Honda said that its own hydrogen car would be postponed until 2016. That must be galling for a company that built the first production FCV, but Honda added that it would soon announce its own infrastructure plans too. Hydrogen-powered cars are about half as energy efficient as battery-powered vehicles, because not only is energy lost in making hydrogen, but fuel-cells (like Toyota’s) are only 60 percent or so efficient. In addition, both Honda and Toyota now have to play catch-up with Tesla and others on re-fueling infrastructure. Despite those issues, FCV’s do have one big advantage for drivers — it only takes 5 minutes to fill one up.