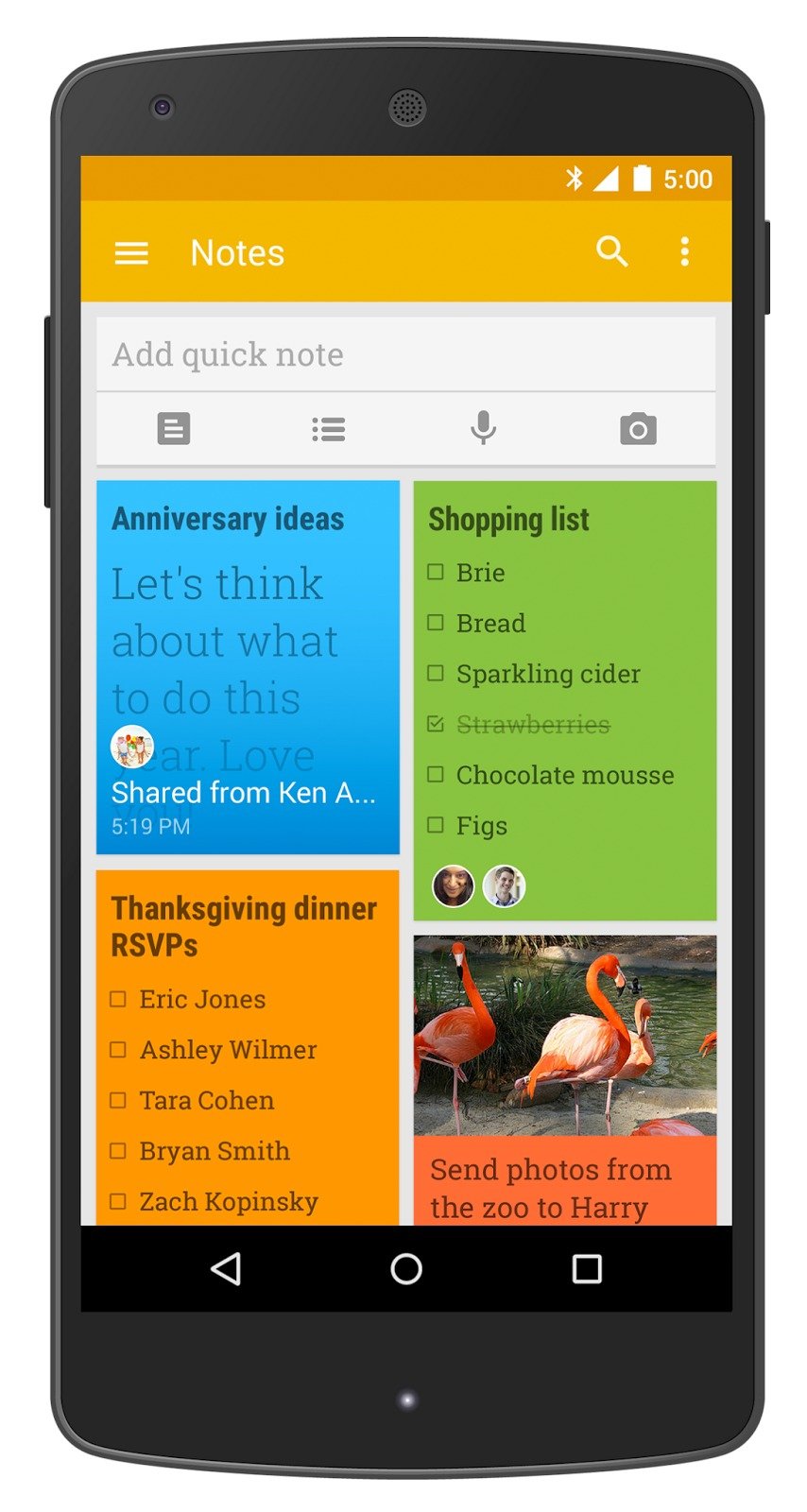 My wife and I sit every Sunday and go through what we need from the grocery store before she goes shopping. This often is a mix of talking, texting, sharing written lists, etc. I have tried for us to share Google Keep lists, but there was no easy way to import the list sent via Hangouts into Google Keep.

Well Google has fixed this with their latest update. Now you can share notes and lists, and watch live as another user interacts with it and checks things off a la Google Drive style. This is super handy when creating shopping lists, or even things that need to be done around the house, or projects for work, etc.

Searching for notes has now become easier too as you can filter notes with things like colors, notes with images, and more. The update is rolling out starting today, so be on the lookout for the update.

Will you use this feature? Does this make you want to switch from your current notes/lists app to Keep?

Did you know you can advertise your app on AndroidGuys?

The post Google Keep gets shareable tasks and notes appeared first on AndroidGuys.

Facebook
Twitter
Pinterest
WhatsApp
Previous articleDownload all the Android 5.0 Lollipop Google Apps in one handy ZIP file
Next articleGet in the spirit with these winter wallpapers for your Android

Lin-Manuel Miranda's Hamilton is coming soon to the TV in your living room. Here's how to watch it online.
Read more