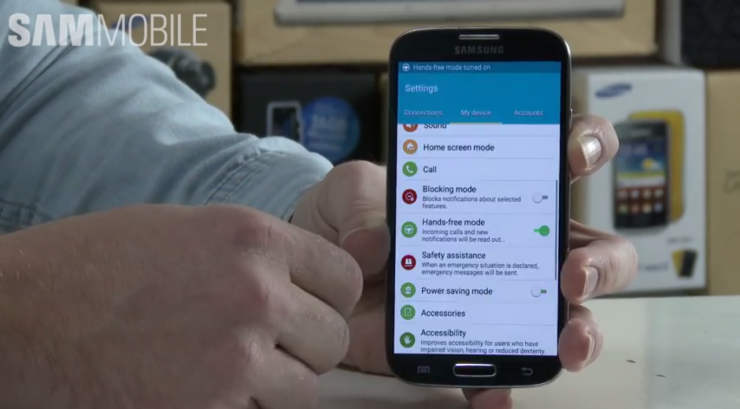 Earlier this month, we got a sneak peak of Android 5.0 Lollipop on Samsung Galaxy S4 and it looked to add some nice updates to the device – to be expected from a whole number version jump. Today, we get another look at the device running a slightly newer build of Android Lollipop which most notably features widgets on some of its homescreens, suggesting this is yet another step closer to the finished product. Check it out:

Visually, there’s really not much we haven’t already seen. For better or worse, the heavy-handed theming of the TouchWiz UI means that it’s quite difficult to tell that the Galaxy S4 is in fact running Android Lollipop at a quick glance, but presumably all the real improvements are being made behind the scenes, as partly evidenced by the camera app demo in the video. Like the build before that SamMobile showed off, it isn’t ready yet to leak the build out for the public to try due to “safety reasons” presumably related to stability. Overall, a nice showing, and we hope that the update will be along soon.

What do you think about Android 5.0 Lollipop on Samsung Galaxy S4? Let us know your thoughts in the comments below.