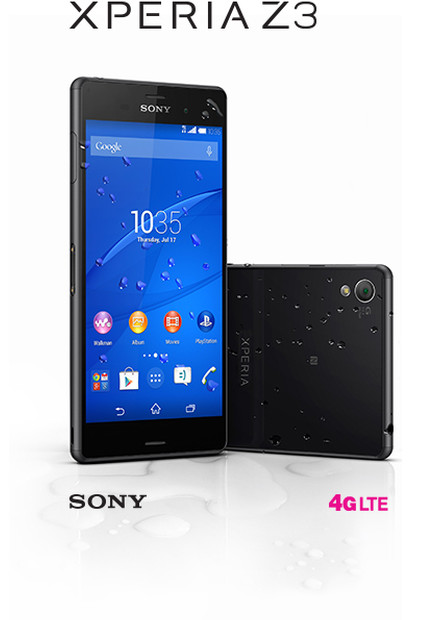 As expected, Verizon won’t be the only U.S. carrier to offer Sony’s Xperia Z3 (Xperia Z3v for Verizon) flagship phone. T-Mobile just officially announced that Sony’s latest and greatest will be available at participating stores and online starting October 29. Pricing will be $0 down with 24 monthly payments of $26.25 each.

Now if you happen to be a little anxious, you can pre-order the phone starting October 15 at 12:00am PDT. According to T-Mobile’s press release, customers who pre-order “could” receive their phones before the national launch.

We have the full presser after the break.

Bellevue, Washington — October 13, 2014 — Why settle for good when you can have great? And by great, we’re referring to the Sony Xperia® Z3, which T-Mobile (NYSE: TMUS) today announced will be available at participating stores nationwide and online for $0 down (and $26.25 a month for 24 months) starting October 29.

Eager customers that just can’t wait until launch to secure their device can take advantage of T-Mobile pre-sale online, which will open starting October 15 at 12:00 a.m. PDT. This means that customers will have their Xperia Z3 shipped to them—and could receive it—BEFORE the national launch.

The Sony Xperia Z3 is the latest addition to the Un-carrier’s extensive selection of high-end smartphones. Sporting a stunning 5.2-inch screen,  a top-of-the-line processor and with up to two days of battery life, the Xperia Z3 is uniquely designed for streaming movies, music and more on the nation’s fastest 4G LTE network.

“Our Data Strong™ network was built to support devices that can do it all, and the gorgeous Sony Xperia Z3 is no exception,” said Jason Young, Senior Vice President, Marketing at T-Mobile. “From the mind-boggling content experience with vivid colors and sound, to 4K video recording and more, the Xperia Z3 and T-Mobile’s nationwide 4G LTE network are a perfect pair.”

Being restricted by data overages is a thing of the past for Un-carrier customers – T-Mobile is the only place customers can get the Simple Choice plan with unlimited talk, text and web on the fastest nationwide LTE network in addition to out-of-this-world benefits including unlimited international data and texting in 120+ countries, no domestic overages and unlimited music streaming with Music Freedom. And now with Wi-Fi Un-leashed, Un-carrier customers get the benefit of Wi-Fi calling and can use every Wi-Fi connection like it’s a T-Mobile tower for crystal-clear Wi-Fi calling.