HomeNewsThe Risks Of Cloud Computing For Government Use
News

The Risks Of Cloud Computing For Government Use 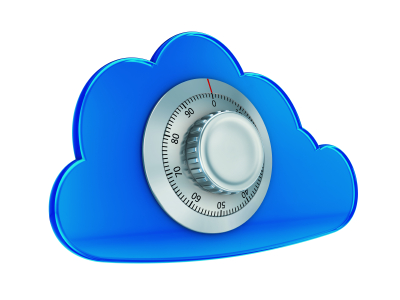 Much of the population has switched to cloud computing orders, and few can dispute the benefits that are brought with them. Whether you are for or against the practice of cloud computing means little, when compared to its qualities, as the program is increasing in popularity at a tremendous rate annually. Not only do local businesses and the public use it, as local and federal governments have now shifted their attention to cloud computing modules. While the benefits may seem large in number, there are several risks that should be discussed before any government chooses a cloud computing developer.

Cloud computing is not nearly as complex as it sounds, in fact cloud computing is a relatively easy concept to grasp. In simplistic terms, cloud computing is the use of the internet, or the Internets applications, where the data found on the internet, is stored on a remote server. The server is tied to the computer, but the computer has no powers to change the settings or fix the “cloud” programs. The servers are owned by a third party developer, who delivers the service once a contract is established with the customer.

The Price Can Be A Huge Factor- Most businesses and companies are out to make some sort of a profit, and the local and federal governments are in the same playing field in this aspect. While a singular CPU (central processing unit), tied to a bevy of computers sounds ideal and simple, the fine print might drive some governments away. The price of cloud computing can be quite drastic in some cases, as there are several fees and payments necessary outside of basic subscription costs. These fees are typically maintenance fees, upfront deposits, and renewal fees, to name just a few examples.

The Security Might Not Be At The Highest Standard– Other common risk with governments that choose cloud computing, the security of cloud computing coverage, or simply dubbed “the cloud”, might seem lackluster at best to interested governments. Keep in mind, chances are the governments are presiding over a part of the public, so their files are probably of the utmost importance. While most cloud developers are trustworthy, some developers put little into maintenance of the “cloud” and their security is not one of its strongest features. This could be devastating for both the government’s and the people’s reputation, in the case that files are leaked or are hacked by a hacker. An interview with Brigadier General Touhill of the Department of Homeland Security, covering cyber security from publicly available tools to future threats.

Disaster Recovery– Things happen, so disaster recoveries are a common action within computing business. Whether there is a devastating power out, or the blame is tied to a natural disaster, most businesses have a disaster recovery plan tied to their computers and files. That being said, there are risks involved in government association with cloud computing developers. While most developers are trustworthy, and the vendors are quality at their job, governments need to know what to do in the case of a disaster. Several files could be wiped clean, or hindered in any way, making the once important files useless. Knowing the developers plan to dispute these causes, can allow the government to reinstate these important files and documents in no time.