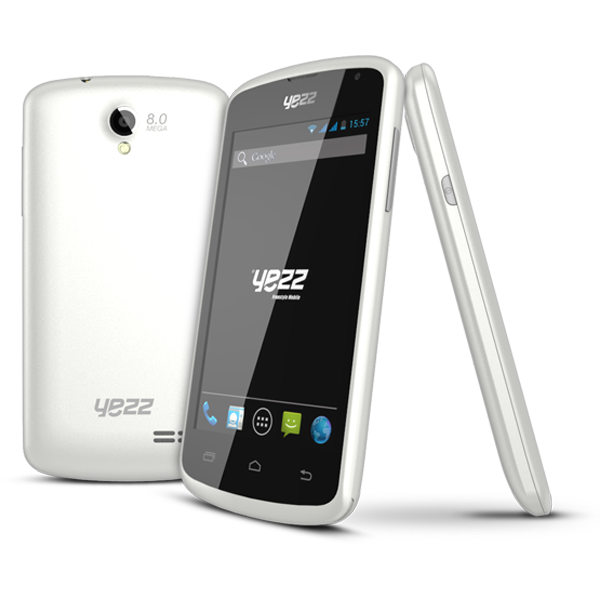 It’s not all about the big hitters when it comes to smartphones, sure the likes of Samsung and HTC knock out some really great hardware which become the must have phone and receives the rave reviews but what about the budget smartphone ? The affordable handset market is worth $50 billion and is big business in which some of the lesser known hardware manufacturers are heavily competing, in fact we are seeing some of the bigger players like Motorola with their Moto E starting to invade this market with budget devices.

With affordable handsets in mind, I had the chance to review the Yezz Andy A4 manufactured by the multinational mobile device manufacturer DDM Brands. Released in August 2013 and retailing at $129, the A4 sits in a line-up of four phones from the Andy range and features good hardware specification for the price but it does have some competition in this price range so let’s have a look at how the important stuff stacks up on the handset.

For processing power you get a 1GHz Dual core CPU which the A4 works really well with and I found multitasking and flipping between apps responsive and smooth. I did try a few games out on the phone and it was an OK experience although it would be even better with 1GB of Ram rather than 512MB , something that we don’t really see any-more on low-end phones. 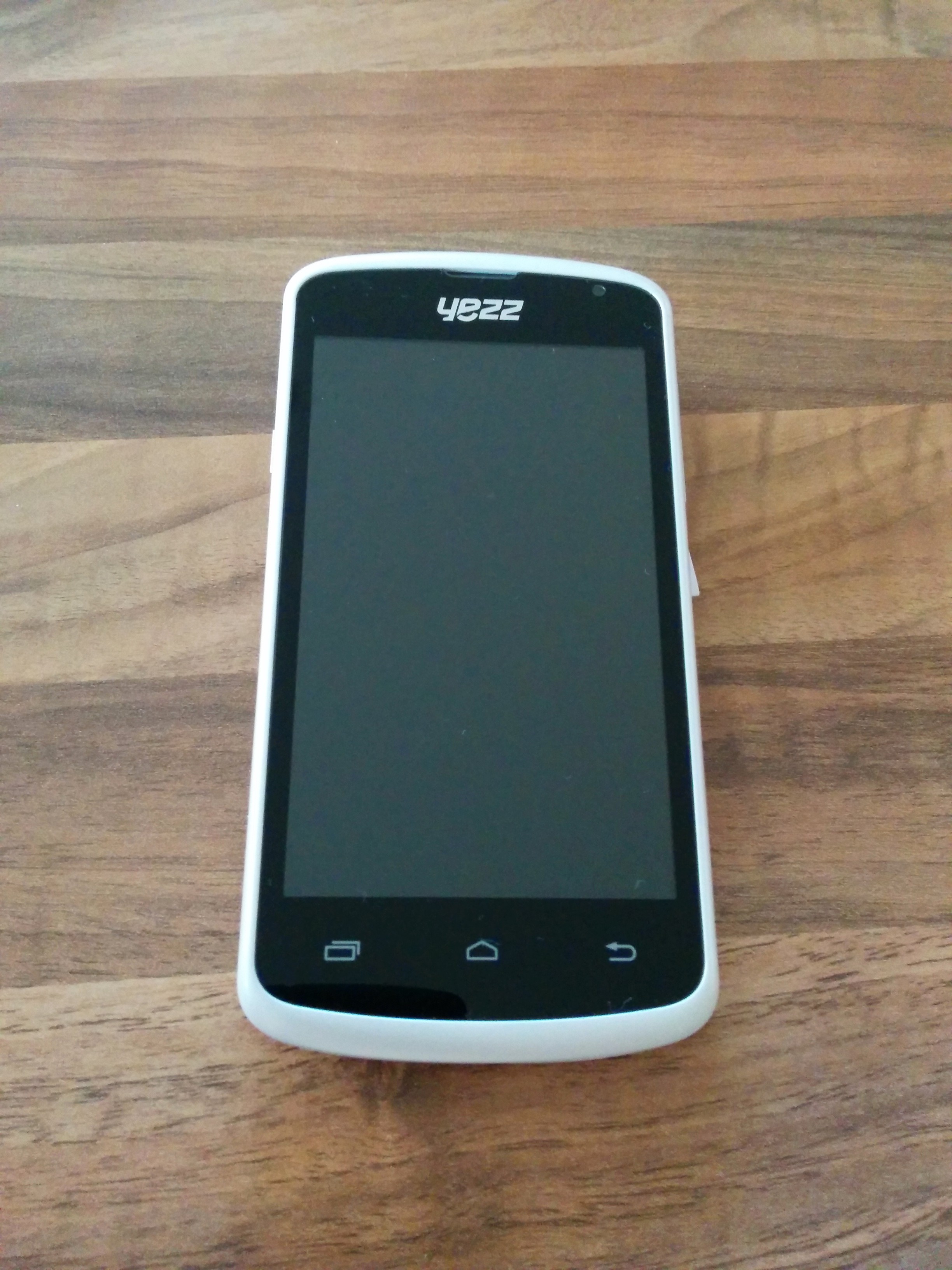 Nestled in the slim design is a nice 4.0″ IPS WVGA Capacitive touch screen with a resolution of 480 x 800 pixels allowing the screen to be both sharp and bright, pixel density is not great at only 233 ppi and sometimes it shows when viewing photos or other images. 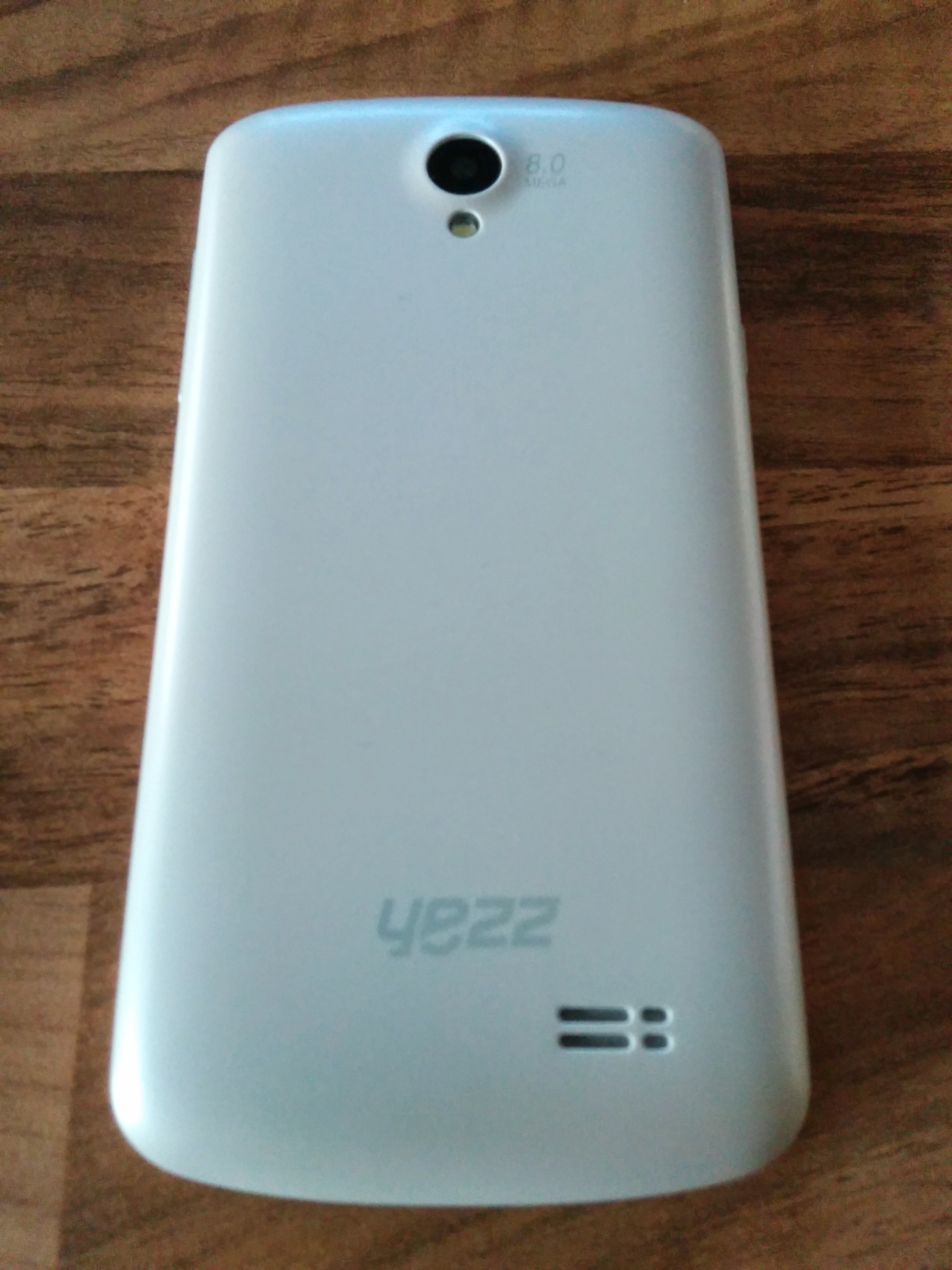 Taking photos is handled by an 8 Mega Pixel rear facing main camera with LED flash and a front facing 0.3 Mega Pixel VGA shooter. Not putting them through any real testing, both cameras functioned OK especially the main one, photo quality was impressive and images were focused well, it will also capture HD video in 720p. The front VGA camera done a good job with video calling and could produce a reasonable selfie image at close range. 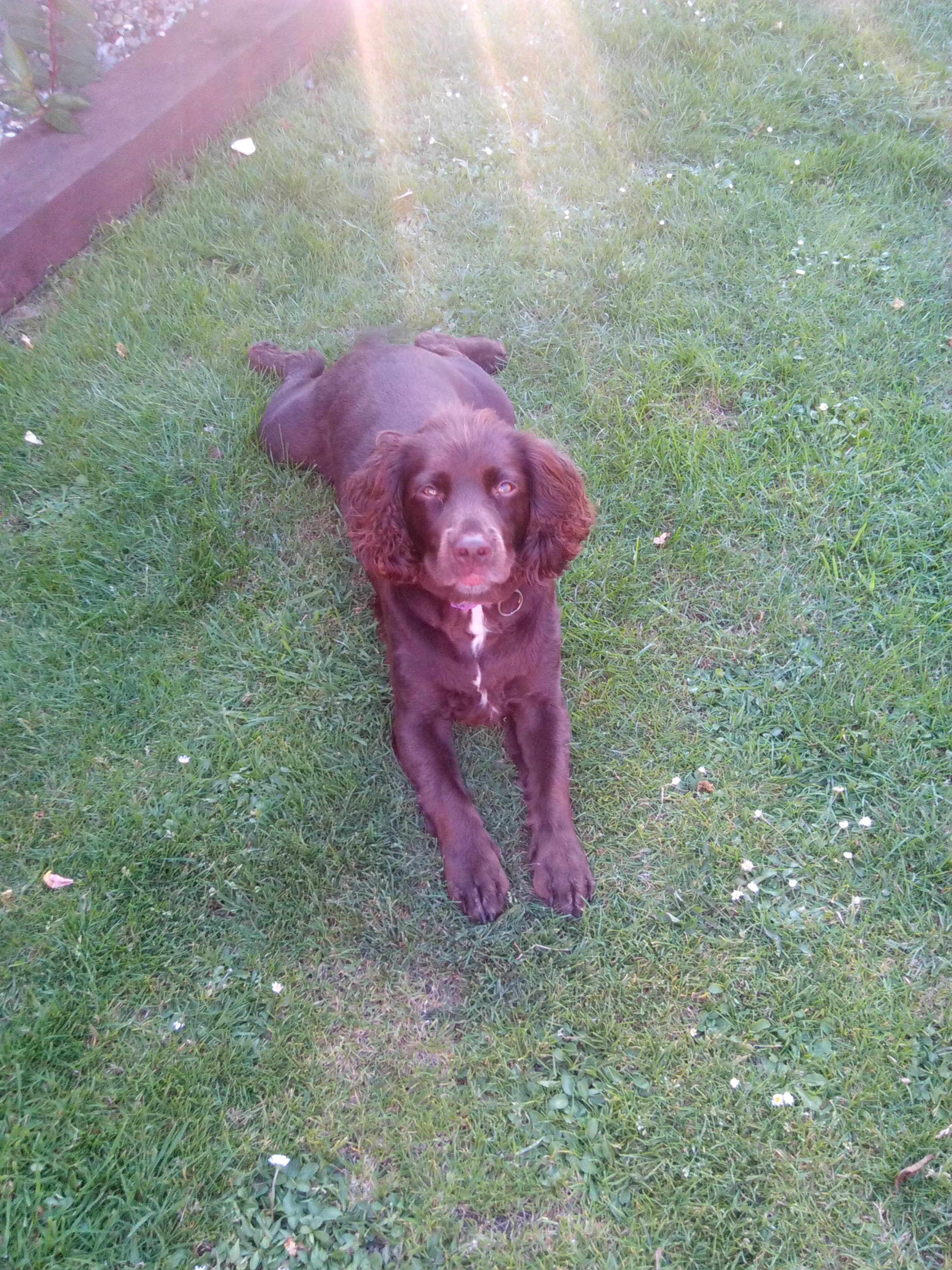 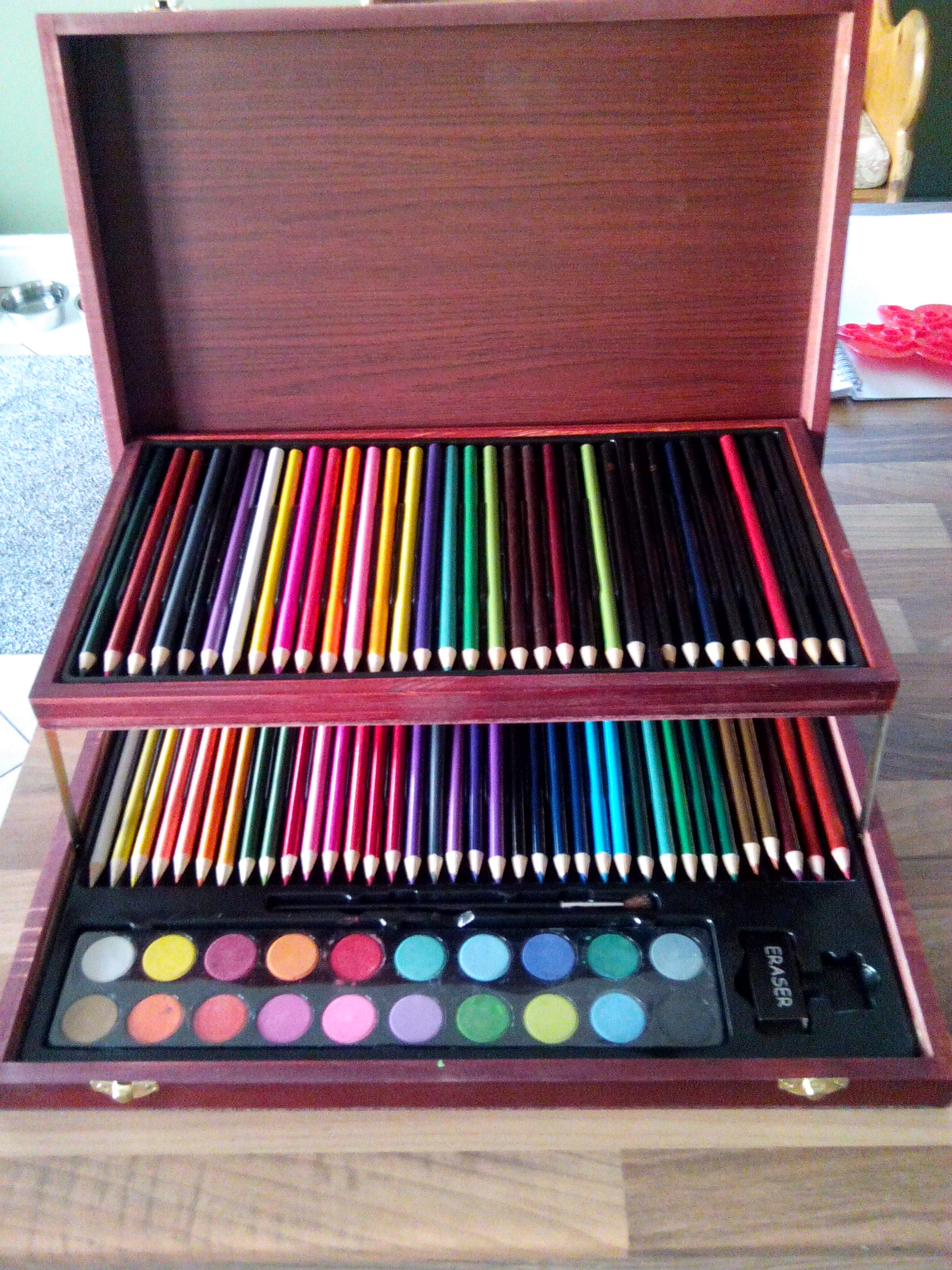 Power is supplied by a 1400 mAh battery which isn’t the highest capacity one out there but for a dual core processor running at 1GHz, it’s not bad but don’t expect it to last all day without charge. During normal usage and very few apps running, I found the battery to last for around ten hours but this was shortened to about seven hours when installing some apps and watching things like youtube throughout the day.

Internal storage is limited to only 4GB of ROM but the phone will support microSD and microSDHC up to 32GB. Overall design of the Andy A4 is good, its plastic body supports the phone well and is very rigid, the phones power and volume buttons also seem pretty sturdy and are well placed on the device. All in the device measures up to be 9.8mm thin and is great to hold in the hand feeling comfortable and easy to operate using your thumb.

Probably the best hardware feature of the phone is its dual sim capability, for me this is great as I like the option to run with two cell numbers on one phone and I found the Andy’s A4 user-interface really simple to change between sim’s when calling or sending an SMS. Dual sim’s is not what you’ll find on many main-stream Android powered phones but it is popular in many countries and is something that I wish was more common place amongst manufactures, so well done Yezz for adding this. 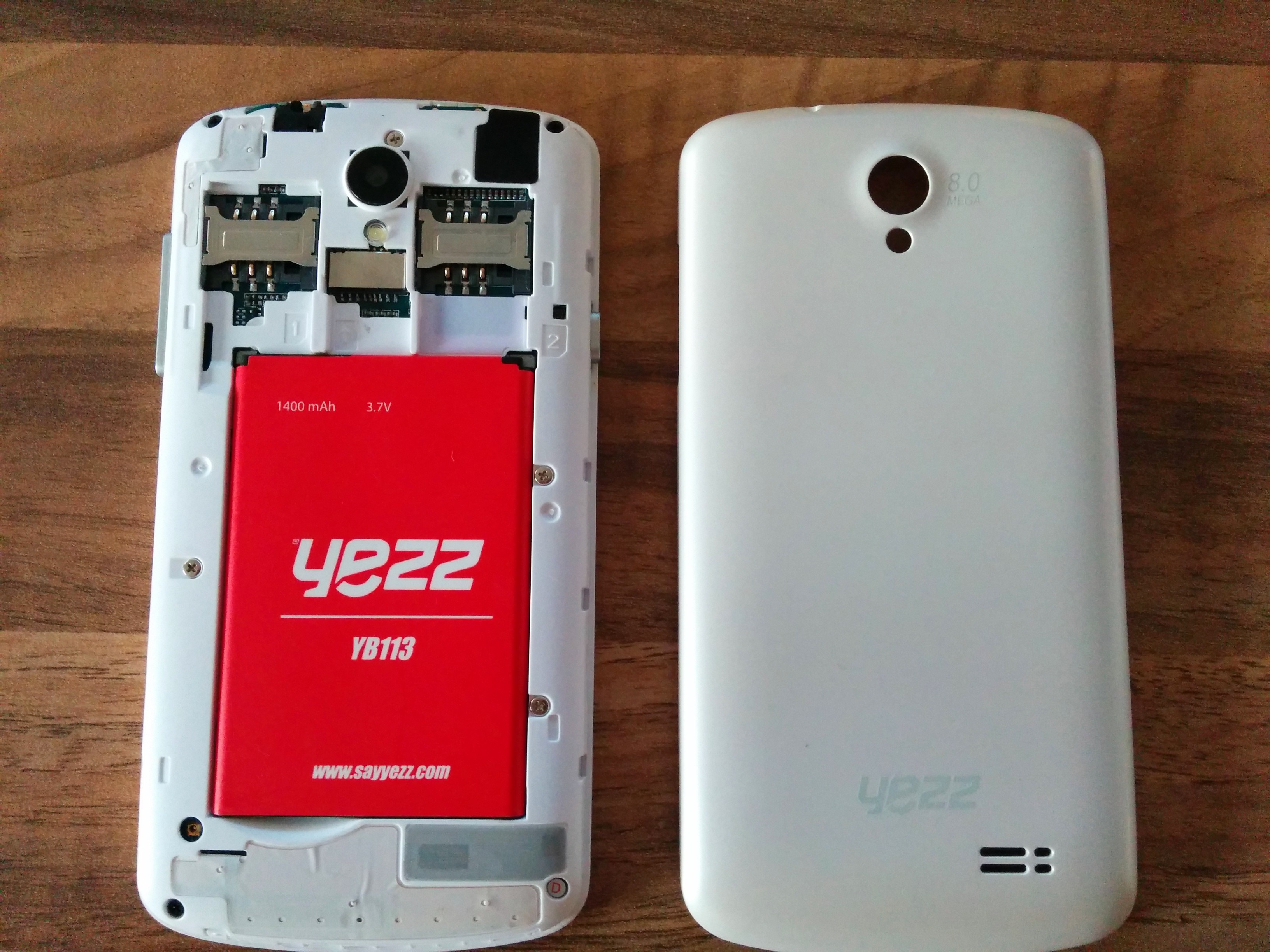 It’s pretty much a stock Android affair when it comes to using the Andy A4 and because its running Jelly Bean 4.1, you’ll find the all the great Android features you know and love so I won’t bore you with stuff that you already know. Yezz have been wise to keep any skinning to a minimum, in fact you be hard to find any bloat ware or crazy UI getting in the way here, with only some minor tweaks for things like the dual sim operation and some pre-installed apps such as Facebook, Twitter,Skype and WhatsApp.

Overall the UI experience is a good one, and as I mentioned before, the 1GHz dual CPU is up for handling most tasks and navigating through the OS with ease. 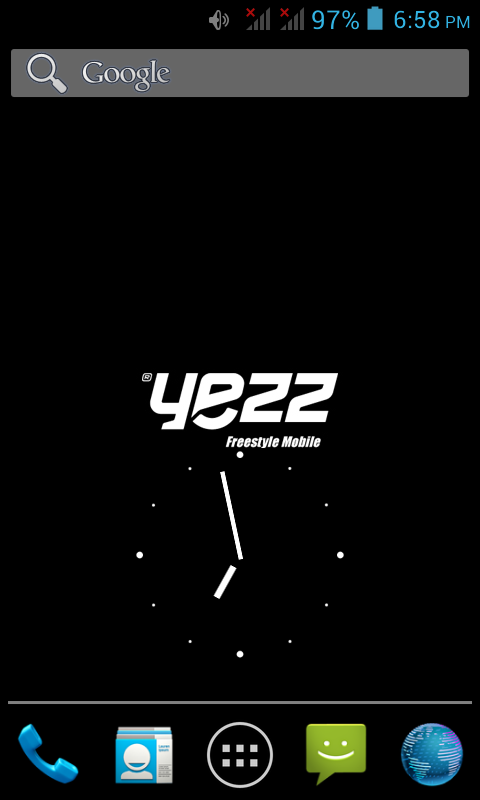 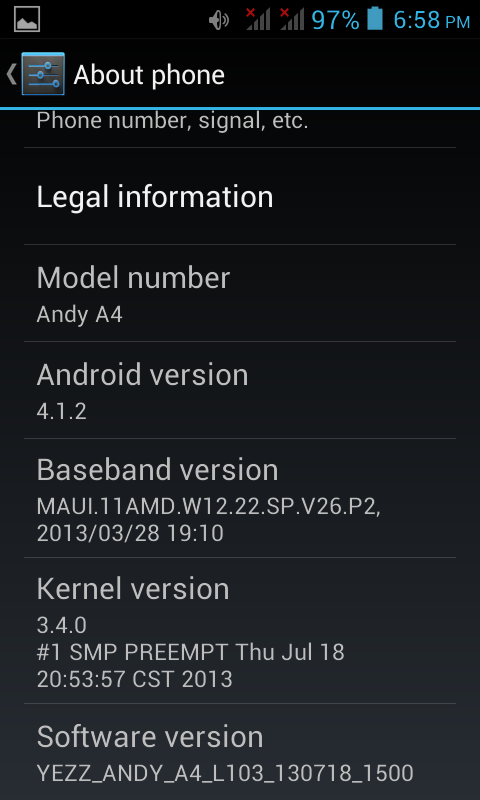