HomeNewsPerform a Nandroid backup online with this App
News

Perform a Nandroid backup online with this App 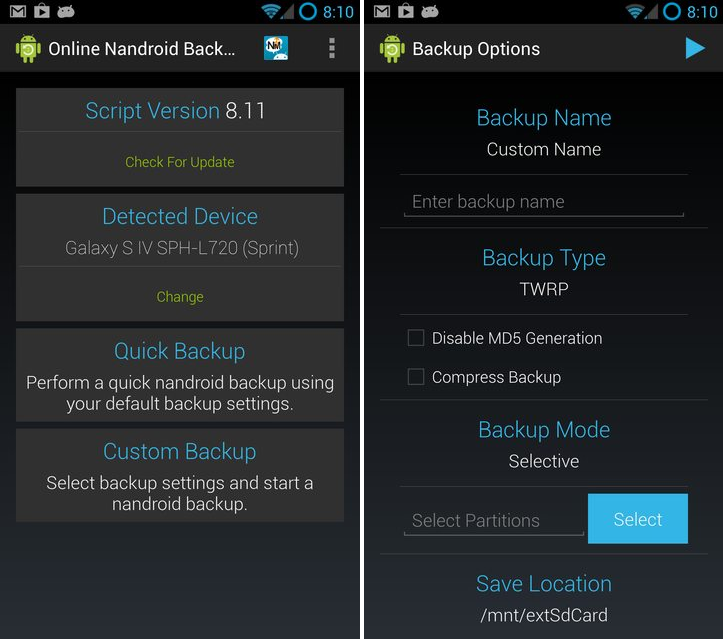 A Nandroid backup is a process which is performed in recovery mode to take a snapshot of the current state of your Android Operating System, along with data, settings, and a whole bunch of other information to create a backup file. This backup can then be used to restore to if you flash a bad ROM, or install a bad App, restoring with it not only a known-working Android Operating System, but all your data and Apps with it.

With this new tool you’re able to perform a Nandroid backup without having to turn off your device to enter recovery mode – perfect for backing up on the fly before installing a questionable App or changing a developer setting. That means no more missed calls or messages whilst you’re booting into recovery and performing the backup.

Do not get confused with the naming of the App however, since an online backup here is referenced not in the uploading or downloading of a backup connected to the internet, but instead in the ability to perform a backup with your phone live.

Features
* Creates backups in the CMW 5 and 6 style or TWRP!
* Full support of the onandroid script.
* Create custom names for your backups.
* Choose what partitions get backed up.
* Scheduled backups.
* Tasker support.
* Upload backup to FTP after creating backup.

Online Nandroid is a free App in the Google Play Store based off a script originally developed over at XDA.

The post Perform a Nandroid backup online with this App appeared first on AndroidGuys.

Pixel Pass could beat Apple One, but doesn’t play to Google’s strengths